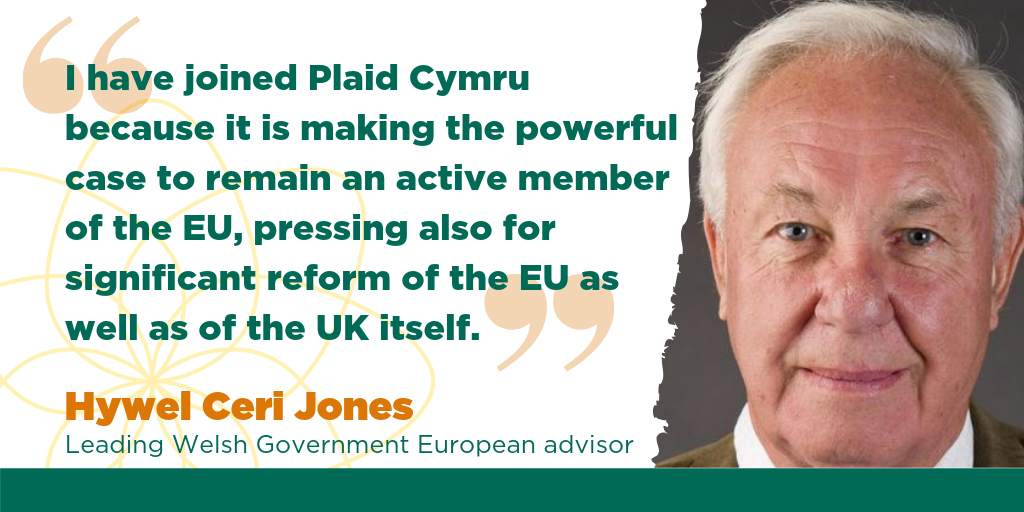 One of the Welsh Government’s key European advisers has left the Labour party over its Brexit policy, opting instead to join Plaid Cymru.

Hywel Ceri Jones has been a key adviser to successive Welsh governments on European affairs and is currently a member of its European Advisory Group. From 2014-16 he was one of the three EU Funding Ambassadors to the Welsh Labour Government.

He is particularly celebrated as the European Commission official responsible for the development and management of the Erasmus programme, among others.

Writing in the Western Mail, he has said that he has left Labour for Plaid Cymru over Jeremy Corbyn’s lack of clarity over Brexit, and in particular his prevarication over holding a People’s Vote.

He said that the policy that both Corbyn and Theresa May share would lead to the worst of all worlds.

“We would be OUT of the EU, but IN for a range of EU policies and programmes. And, moreover, we would have no seat at the European decision-making table. We would continue to pay into the EU budget for the benefits which both May and Corbyn claim they wish to retain for the UK, although they have been unable to agree between themselves precisely which they wish to advocate.

“Experience of the Brexit psychodrama has helped drive home to me a double message. First, there is little parity of esteem nor effective intergovernmental machinery between the four nations within the UK. And secondly, that the position of Wales will be severely damaged if any form of Brexit goes ahead.

“Plaid Cymru is unambiguously supporting a second public vote on Brexit, and is spelling out the downsides of any form of Brexit. I have joined Plaid Cymru because it is making the powerful case to remain an active member of the EU, pressing also for significant reform of the EU as well as of the UK itself.”

“I’ve known Hywel Ceri personally for more than twenty years and am a great admirer of his contribution, not only to Welsh public life but also at the European level as the visionary behind the Erasmus Programme. I myself benefited from it as an exchange student to Germany in 1989.

“Hywel’s decision to join us after decades of loyal support to the Labour Party reflects a widespread feeling amongst its members and supporters that Wales needs change, and that change is Plaid Cymru.”