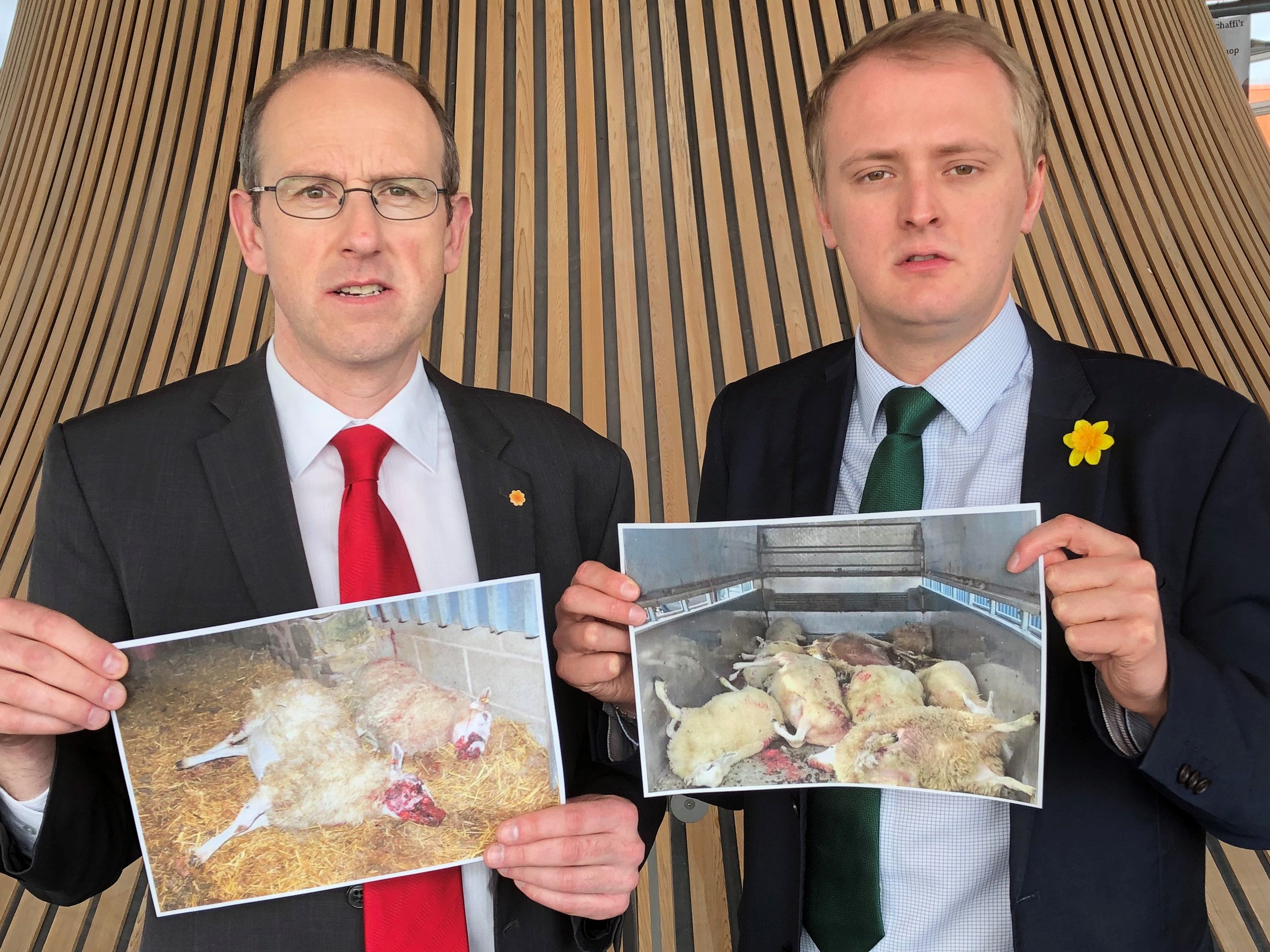 Plaid Cymru has reiterated its call for the devolution of powers relating to dog attacks on livestock after the latest horrific attack on sheep in Flintshire was caught on camera by farmers near Holywell.

The attack by two alsatians in fields near Greenfield, Flintshire underlines the need for proactive action to tackle the problem – something Plaid Cymru has pledged in its manifesto for December's General Election.
Attacks on livestock nearly doubled in Wales last year, costing Welsh agriculture £285,000 – a 113% increase in costs from the previous year. Recent figures from North Wales Police showed there were 449 cases of dog attacks recorded in the area between 2013 and 2017. Almost nine out of 10 of these dog attacks occurred when pets strayed from home.
Plaid Cymru shadow minister for the environment and rural affairs Llyr Gruffydd AM said that dog attacks were 'major issues' for livestock farmers in Wales and that the current legislation was not fit for purpose.
Mr Gruffydd said that farmers needed 'better protection' for their livestock and if Westminster was not willing to 'take action' then the powers should be transferred to Wales.
Mr Gruffydd added that Plaid Cymru was the only party that had included the commitment to tackle the issue in their general election manifesto.
Plaid Cymru shadow minister for the environment and rural affairs Llyr Gruffydd AM said,
"Dog attacks are a major issue for livestock farmers, impacting on animal welfare, incomes and causing worry and sleepless nights for countless farming families.
"The figures speak for themselves and it's clear that we must find solutions for dealing with this growing problem.
"Plaid Cymru agrees with the farming unions and North Wales Police that the four main pieces of legislation that currently cover livestock attacks are antiquated, do not fit with current agricultural practices or the seriousness of the offence and don't permit the police do their job effectively.
"Farmers need better protection for their livestock. The Westminster Government is letting Welsh farmers down and if they cannot and will not take action, then we need these powers relating to attacks on livestock to be transferred to Wales so that we can get on with the work ourselves.
"Plaid Cymru is clearly the only party that is serious about tackling this issue and is the only party with this commitment in their manifesto. We cannot sit back and allow this problem to continue. It the other parties aren't serious about stopping the needless loss of livestock then they should make way for a party that is."
Do you like this post?
Share Tweet