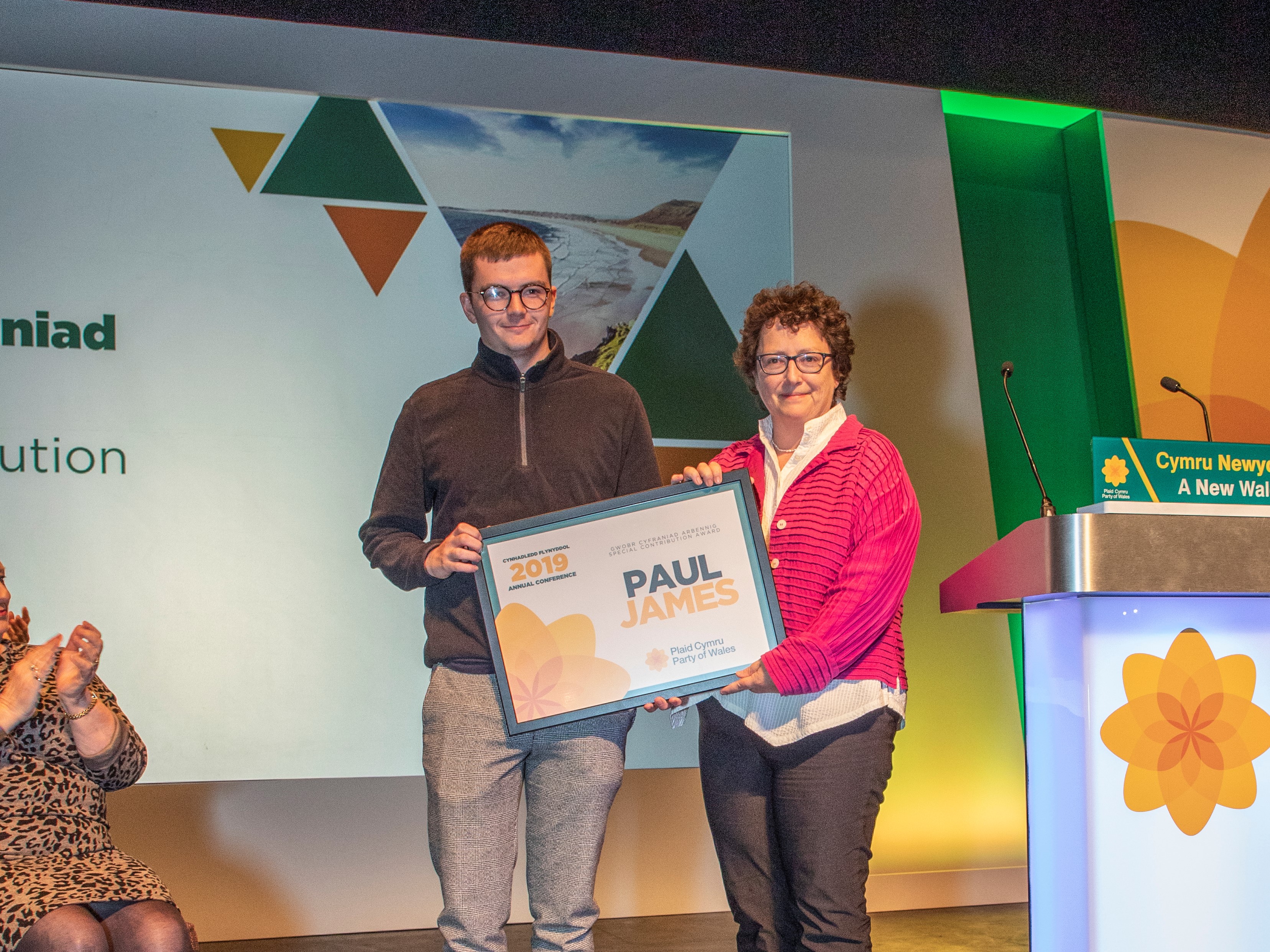 Former Plaid Cymru Councillor, Paul James, has been honoured at the Plaid Cymru Conference in Swansea following his tragic death in April this year.

“How Paul James would have loved to be here today – at the Plaid conference receiving our acknowledgement of the huge extent of his contribution to Plaid Cymru – as a county councillor for Llanbadarn Fawr on Ceredigion Council and as a chief supporter of all election candidates in election after election in Ceredigion.

“I'm not sure what a military operation looks like, but I suspect that its civilian counterpart looks very much like Llanbadarn during an election campaign. Day One of the campaign saw the village bombarded with Plaid Cymru placards, then a barrage of leaflets accompanied by a 24hour surveillance operation and a daily report from Commander in Chief Paul James on where placards had been taken down or others put up.

“In Ceredigion and in Plaid Cymru, our lives will be emptier without Paul James, but better for having known him.

“Paul's family more than anyone have suffered a very cruel loss. They have borne and are bearing that loss with the most remarkable dignity. They shared Paul with the rest of us, and we are grateful for that.”