Plaid will end Labour's chronic neglect of the north 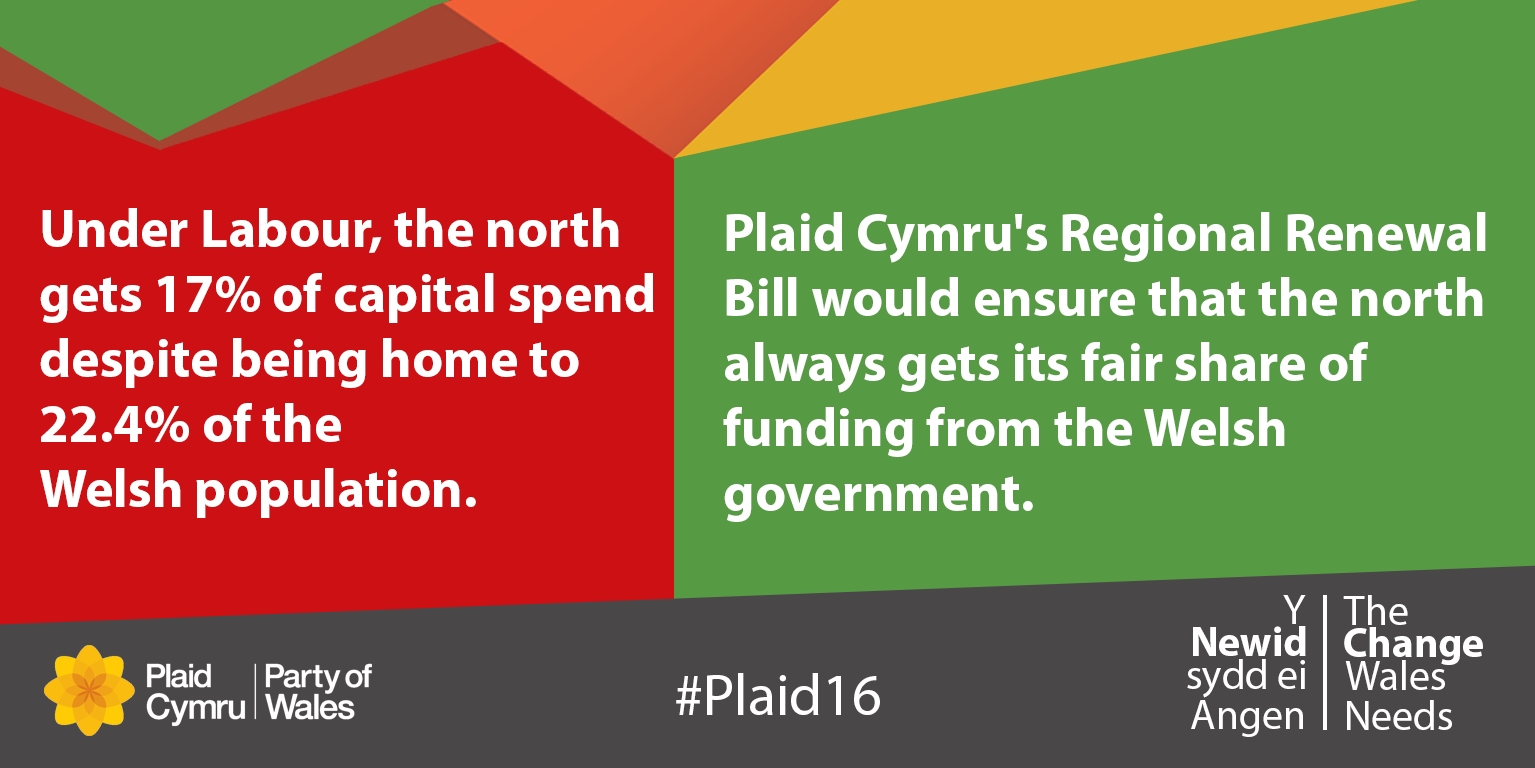 Plaid Cymru Leader Leanne Wood will this today pledge that a government under her leadership will put an end to Labour's neglect of the north of Wales and present a clear and ambitious plan to renew the region.

The Party of Wales will hold its Campaign Launch for the north in Llandudno on Thursday where candidates and activists will gather to discuss the party's vision for cutting waiting times in the NHS in the north of Wales, support businesses in the area, and invest in infrastructure throughout the region in order to create jobs and boost the local economy.

Speaking ahead of the launch, Leanne Wood criticised the Labour Welsh Government for its "chronic neglect" of the north, accusing them of squandering hundreds of millions on a few miles of the M4 while roads and railways in the rest of the country are crying out for investment.

"Plaid Cymru has the best interests of the north of our country at its heart and our programme for government reflects this.

"We are committed to spreading prosperity throughout Wales and ensuring that an economic recovery is felt in every community from Holyhead to Holywell.

"The chronic neglect of the north by the current Labour Welsh Government has left the region lagging behind in terms of economic performance. In recent months, Plaid Cymru has announced ambitious plans to put an end to this by investing in infrastructure throughout the region. We would bring forward plans to improve the A55 and bring pressure on the Westminster government to fast-track the electrification of the North Wales main railway link.

"Our Regional Renewal Bill would ensure that the north always gets its fair share of funding from the Welsh government - something which this Labour administration has failed to do. At present, the north gets 17% of capital spend despite being home to 22.4% of the Welsh population.

"A Party of Wales government would also boost the north's vital small business sector by cutting business rates for SMEs and raising procurement levels by ensuring that more public contracts go to local companies throughout the north of Wales.

"Saving and strengthening our treasured NHS is a priority for Plaid Cymru. That is why we have pledged to open three new specialist cancer diagnostic centres to reduce waiting times - one of which will be located in the north. We have also outlined plans to train and recruit 1,000 extra doctors in Wales with the north set to receive its share of these.

"For too long, the north of our nation has been treated as an after-thought. The Labour Welsh government has committed to squandering £1bn - more than their combined allocation to all north Wales authorities - on a few miles of the M4 while roads and railways in the rest of the country are crying out for investment. There is a more cost-effective solution available for the M4’s problems, that would allow money to be spent in the rest of the country, too.

"A Plaid Cymru government will be a government for the whole of Wales. We are determined to unite out country and ensure that all parts of Wales benefit from our plans to strengthen our NHS, transform the economy and put an end to the postcode lottery which too often blights access to vital services throughout Wales."