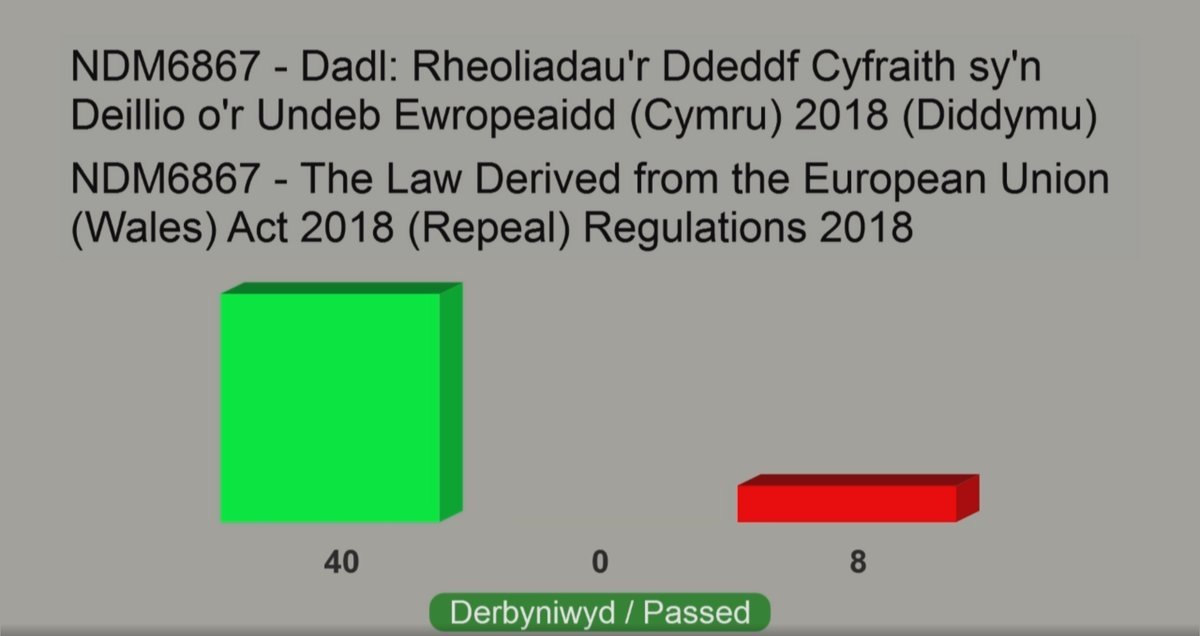 Commenting after Labour, UKIP and the Tories joined forces in the National Assembly for Wales to vote to repeal the Welsh Continuity Act, Plaid Cymru Shadow Cabinet Secretary for External Affairs Steffan Lewis AM said:

“The Continuity Act was designed to provide legal protection to the Welsh devolution settlement in the form of a legislative shield.

“Falling back on the Inter-governmental Agreement means trusting the Westminster Tory Government to respect Welsh devolution, even though they’ve shown nothing but contempt towards the devolved nations throughout the whole of the Brexit negotiation process.

“Given that we know the UK Government’s Draft Withdrawal Agreement fails to meet the aspirations of Securing Wales’ Future, which is Welsh Government policy, it makes no sense to facilitate the UK government’s wishes through repealing our Continuity Act.

“The Labour Party’s actions in voting alongside UKIP and the Conservatives paves the way for a Tory hard Brexit, something that they will have to justify to their supporters.

“Plaid Cymru reaffirms our call for a People’s Vote with Remain on the ballot, to give people an opportunity to avoid the destructive form of Brexit that Wales now faces.”