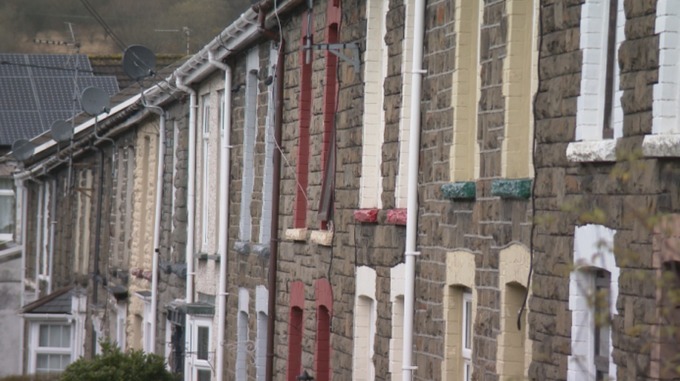 The Welsh Government Housing Minister has admitted that government financial support for affordable homes has been spent on homes that aren’t affordable to the majority of people in Wales.

Plaid Cymru’s housing spokesperson Delyth Jewell AM asked her to justify statistics that showed that 78% of homes that the Welsh Government counts toward its affordable homes target had sold for a price of over £150,000.

Challenging the Housing Minister in the Senedd, Delyth Jewell AM said:

“I cannot see how any reasonable person can count these homes as ‘affordable’.

“Is this not statistical manipulation on an industrial scale?”

“I don't disagree at all that the definition of 'affordable' is unhelpful and rather more flexible than  we'd like in terms of what we're trying to do.

“And we've been very upfront about the numbers in terms of that, because I'm not disagreeing with the fundamental premise of what you're saying, which is actually we should build social housing or homes that actually are within people's range without having to have government help to get them there.

“But the current definition is that if you've had government help to get you into our house then it's an affordable home. So, I'm not going to argue with you. I don't disagree with the basic premise that you're saying, but the target we set included that definition and so it's being counted against that definition.”

Speaking after the exchange, Delyth Jewell AM said:

“It’s simply absurd that taxpayers’ money is being spent on supporting buyers to acquire properties that cost over £250,000.

“What this means in practice is that tax paid by people who can’t afford to buy genuinely affordable homes is being used to help affluent people to buy expensive properties and that developers are allowed to exploit our failing planning system.

“It’s effectively redistribution in reverse and it’s shocking that a Labour government deems this to be acceptable policy.

“A Plaid Cymru government would reform the Help to Buy system to prioritise low earners to get on the housing ladder, substantially increase the Welsh stock of social housing and allow communities a greater say in local development schemes.”