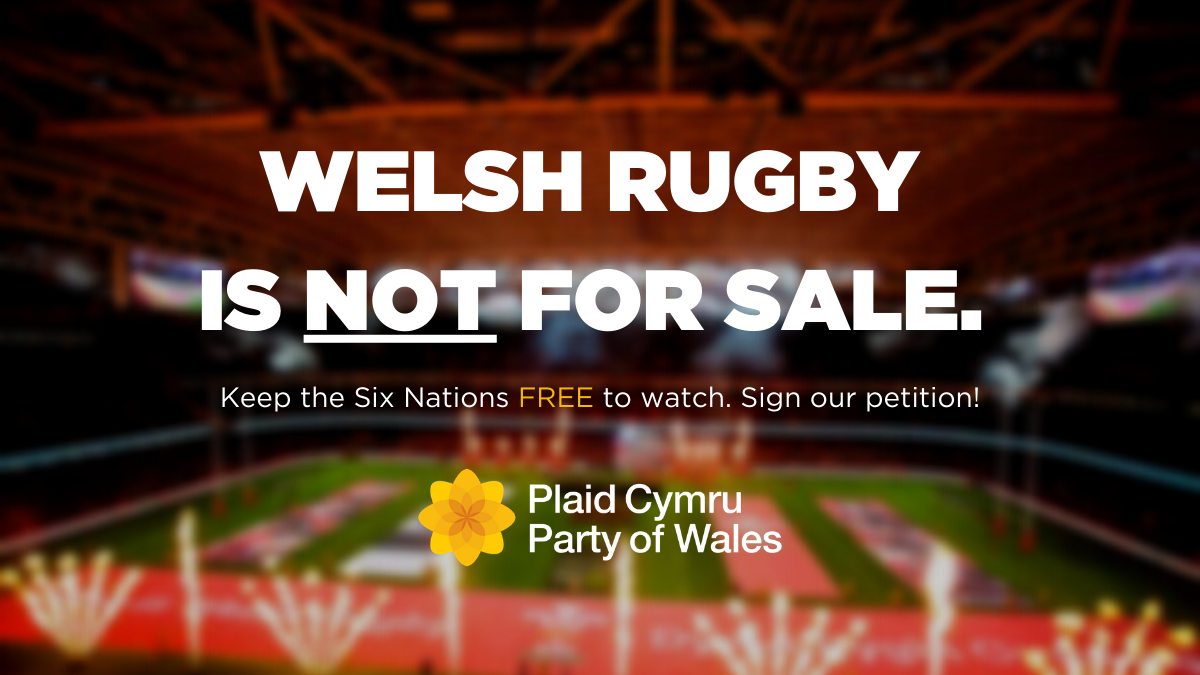 By signing this petition, you agree to Plaid Cymru recording your political opinion and using it for campaigning purposes. You can find our data protection policy here.

It has been reported that the Six Nations games could be removed from free-to-air television soon -- and would be only available through pay-per-view TV only.

For these iconic games to move beyond a pay wall would be nothing short of disastrous for rugby in Wales. After all, there are many in Wales who cannot afford satellite television and watching the games in a pub is not always accessible to everyone.

Both the Six Nations and the game of rugby itself is an integral part of Welsh culture and identity. We refuse to be priced out of our own culture.

We're demanding that the UK Government immediately lists the Six Nations Games as part of “Group A” – a guaranteed free to air event if a pay wall is imposed.

Add your voice to our demand below - Welsh rugby belongs to everyone in Wales and it is not for sale.