Jonathan Edwards MP: No dealers beware, Parliament will not have you as Prime Minister 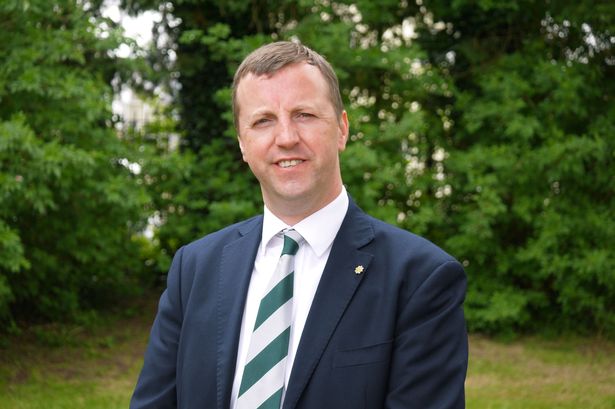 In an article in The Sunday Times, Plaid Cymru MP Jonathan Edwards has said that any Conservative Leadership candidate supporting a No Deal will immediately face and likely lose a no confidence vote.

A number of Conservative MPs have already said that they would back a move to oust a PM seeking to deliver a No Deal Brexit.

Mr Edwards said that a successful no confidence vote could be followed by the creation of a “rainbow coalition” of MPs from all parties to deliver the legislation necessary for a fresh EU referendum.

This would allow for a referendum to be delivered as quickly as possible, with a minimal, if any, further extension required to the Article 50 period. Mr Edwards argues that a General Election before a People’s Vote, as is Labour’s preference, would only prolong the uncertainty and create an even more unstable Parliament.

Following a People’s Vote a General Election could then be held, the Plaid Cymru MP writes, to allow for a “parliament and government for the long-haul” to be elected.

“With the keys to No 10 in the hands of a ‘no dealer’, most likely Boris Johnson, an urgent no confidence motion will be sought. MPs from almost every party – including many on the Conservative benches – have said that they would back any measure to stop a Prime Minister who was unilaterally taking us out of the EU on No Deal basis.

“It is likely, therefore, that a block of Conservative MPs, joining with opposition parties, will vote down a Prime Minister committed to No Deal before he or she even moves into Downing Street. We would have a Prime Ministership that was dead on arrival.

“Under the rules set out in the Fixed Term Parliament Act, a successful no confidence motion would then lead to a 14-day period in which a new government could be formed. In those 14 days I believe there is an opportunity to re-shape Parliament. A chance to create a pro-People’s Vote majority with a single purpose – to deliver the legislation for a fresh referendum.

“Already Members from across all-parties represented in Parliament (bar the DUP) work together with this one aim in mind. It doesn’t take a great leap of faith to see us take the next step.

“That, admittedly fragile, rainbow-coalition of MPs from all parties would not need to last long and would have a single unifying purpose – a People’s Vote.

“With the legislation passed through Parliament as quickly as is reasonable, it is feasible that a referendum could be held within the current extension and a clear approach to Brexit – mandated by the people – is wrapped up before the end of October.

“We could then move on to a General Election to form a Parliament and government for the long-haul.”