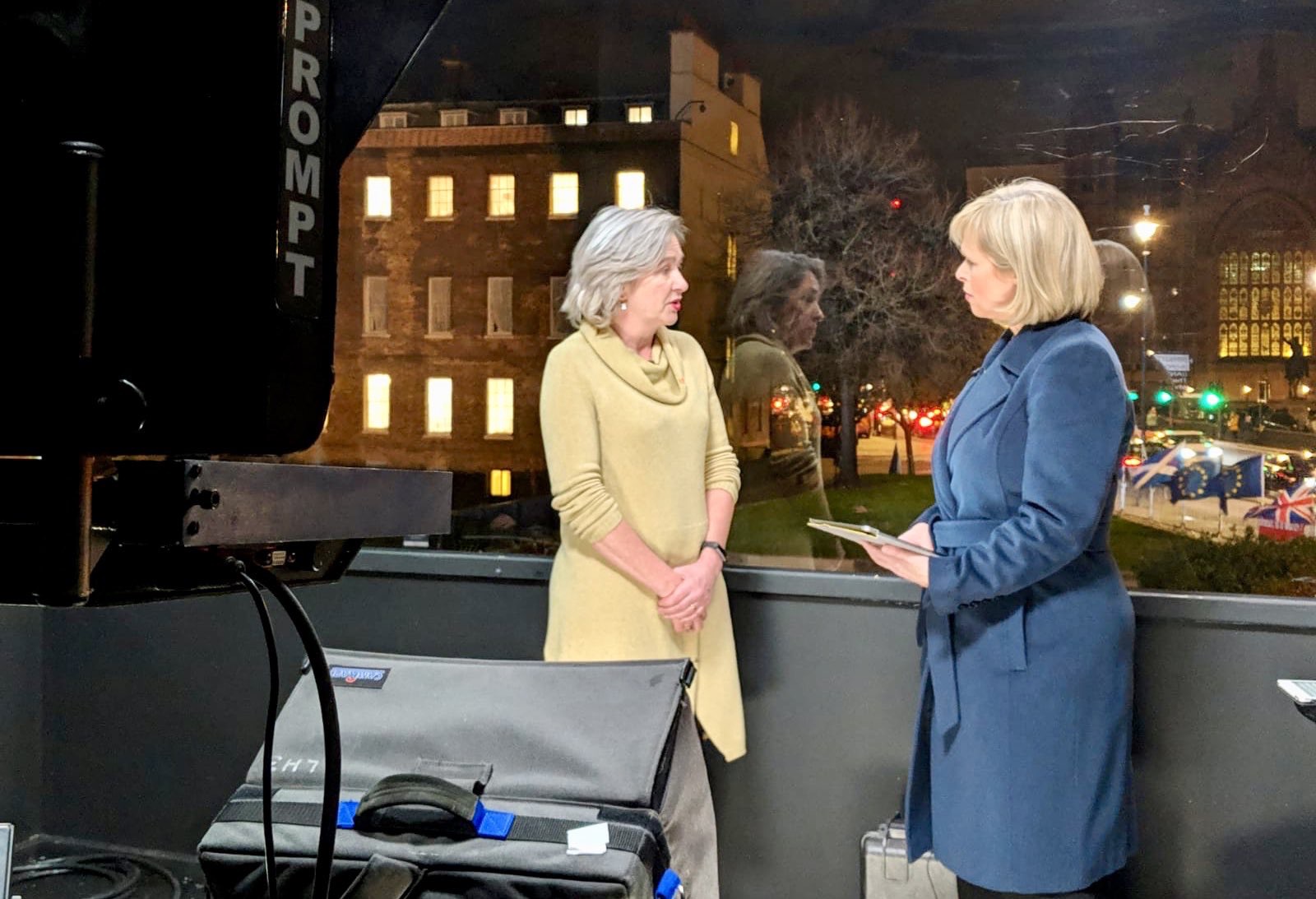 Plaid Cymru Westminster leader, Liz Saville Roberts MP, has today said that Boris Johnson’s proposed replacement to the backstop is “just a palimpsest of empty words scribbled over what the gamblers and the gameplayers who fund this rogue executive have marked on their cards”.

Speaking at Plaid Cymru’s annual conference in Swansea, the Dwyfor Meirionnydd MP also said the Prime Minister was ready to employ “the shock tactic, deregulated free-for-all of a chaotic Crash Out Brexit.”

Ms Saville Roberts concluded with a call for the people of Wales to build on the momentum of recent independence marches across Wales as well as positive polling in support of independence.

“But we do know that all the promises of a backlit, shiny new deal are just a palimpsest of empty words scribbled over what the gamblers and the gameplayers who fund this rogue executive have marked on their cards: the shock tactic, deregulated free-for-all of a chaotic Crash Out Brexit.

“Prime Minister Johnson promises tax breaks and pay rises, secure in the knowledge that he’s been getting away with breaking his word every single day of his life.

“With the two gargantuan unionist parties held together only by their zombie party structures, while failing to serve a function other than their own continued existance.

“A union of equals, they told us, a union to the betterment of all, they told us.This, of course, required us to be content to be complicit in our own deception.

“But are we now beginning to see at what cost, at what cost we were complicit in that deceipt? And who connived to deceive us?

“This summer you and I walked with thousands of people in Cardiff, in Caernarfon and Merthyr. Why did we do it?

“We did it because we ourselves are set to navigate our own journey into our own future.”