Irish independence - and its lessons for Wales 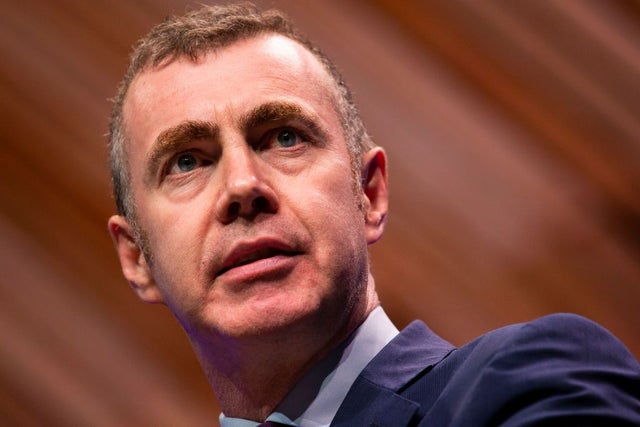 Ahead of the WAL v. IRE match today and the elections in the republic, Plaid Cymru leader Adam Price looks at Irish independence and its lessons for us in Wales.

Like thousands of other Welsh pilgrims I’ll be making the biennial journey to the Emerald Isle this weekend.  More go to Dublin ticketless than any other match, as regardless of whether you watch the game in the Aviva Stadium or in O’Donoghue’s, there is something about the Irish trip that will put a jig in your step that any Welsh outside half would be proud of.  Craic and hwyl may be close relatives but it’s impossible to visit Ireland without coming back inspired.  And these days, walking the streets of the Irish Capital, that sense of awe is as much economic as cultural.

It wasn’t always this way, of course.  When my father first went to rugby internationals in Dublin in the 1950s the cramped conditions and disease-ridden tenements of parts of the city in what were some of the worst slums of anywhere in Europe at the time left those that saw them reeling.  It’s almost impossible to imagine now but before the Celtic Tiger roared, Wales then was the more affluent of these Celtic cousins   In 1961 Irish GDP per head was about half that of Wales.  Track forward to today and the tables are more than reversed:  Irish productivity is nowadays two and a half times higher than our own.  We line up pretty well in rugby, but economically we are no longer in the same league.

This is not to claim that Ireland is some kind of utopia. As the surging support for Sinn Fèin in the opinion polls ahead of Saturday’s Dáil elections suggest, there is a sense that the gains of economic growth and the burden of continuing austerity following the global financial crisis, to which Ireland was by no means immune, have not been evenly shared. And yes, the presence of foreign multinationals have distorted the economic picture.  But even using the modified Gross National Income figure designed to address this, the Irish economy has continued to outstrip Welsh economic growth by five or six to one.

Why is this important?  Well, the long-term survival of the United Kingdom of Great Britain and northern Ireland created just a hundred years ago by the 26 counties seceding, is now a matter of serious doubt.  Unionists in northern Ireland and Scotland are teetering on the brink of minority status. Support for independence in Wales itself is hovering around the 30% mark, and the Labour Welsh Government has even taking to pleading for new investment from Westminster to stave off the nationalist surge. In this context the Republic of Ireland looms large in our collective imaginations as what economists would term a ‘natural experiment’: through the prism of its history we can compare and contrast the fate of the one part of the UK that left and those of us that remained.  And you would have to say on the evidence that Ireland’s wager has reaped substantial dividends.

This is even more apparent in contrasting the experience of Ireland, north and south, over the hundred years since the creation of the Irish Free State.  At the point of Partition, 80% of the industrial output of the island of Ireland came from the six counties that were to make up northern Ireland, centred on Belfast.  This was the engine-room of the Irish economy, home to its inventors, entrepreneurs and investors.  In 1921 Belfast was Ireland’s biggest city and the north-east its richest region.

The collapse of the economy of Ulster in the ensuing years is nothing less than spectacular as the Irish economist David McWilliams, writing in the Financial Times,  has argued. “Having been a fraction of the North’s at independence, the Republic’s industrial output is now far greater than that of Northern Ireland. Exports of goods and services from the Republic are €282.4bn; total exports from the North stand at a paltry €10.1bn.” [i]Producing 30 times as much in exports in part reflects the fact that the UK is an export market to the Republic, but it also suggests a wider internationalisation, the bigger presence of global firms and foreign-born residents, who make up one in six of the population in the south compared to one in twenty in the north, with most seeing this as a source of strength and opportunity.  In becoming independent, the Republic has become more self-confident and outward-looking, which belies the charge of insularity often hurled at ‘separatists’. And, as McWilliams points out, average income is now €22,000 in once wealthier northern Ireland compared to 38,000 south of the border.

Of course, independence is no automatic guarantee of success.  You have to use its tools intelligently.  It was in the late 1950s that things first took off when Seán Lemass first took the Irish genie out of its bottle with his policy of export-led growth. In the 1980s the strategic decision to invest in education and infrastructure created a beguiling platform both for global companies looking for a European base and a returning diaspora bringing back knowhow and ideas and re-applying them back home.

In the words of David Buttress, the only Welshman so far to found a multi-billion dollar company, JustEat  “If you read the history of countries that were once part of a union of countries, there’s not one that becomes independent that has then said: ‘I’d like to become part of that old Union I was part of’.”

Win or lose on Saturday, being competitive on Irish turf should plant a seed in our minds: if that can be true in sport, then why not the economy. C’mon Cymru is not just a slogan for Saturday: it’s a motto for a new decade that may have started with one kind of exit but could also see a new beginning.  As the greatest coach Wales never had, Carwyn James, was fond of saying: if we will it, it will happen.

Crouch, bind, set.  Nothing can stand in the way of a nation’s self-belief.