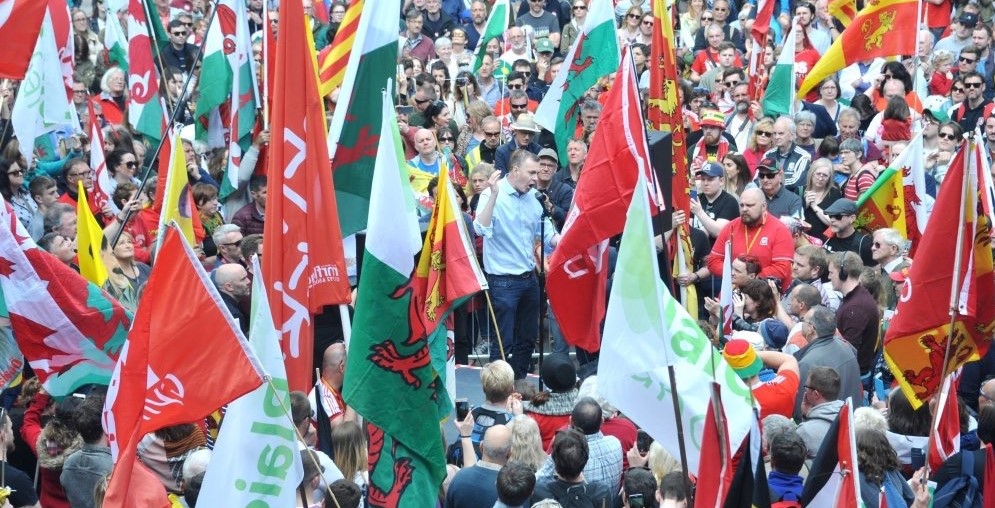 Plaid Cymru leader Adam Price has said that Wales can be independent by 2030.

Comparing it to US President John F. Kennedy’s mission to put a man on the moon in the 1960s, Mr Price said that independence within 10 years is “Wales’s moon shot”. He went on to add that even if you don’t agree with the destination, creating a Wales that is “ready for independence” which has the economic foundations and cultural confidence is something on which everyone can agree.

Mr Price made the statement in the wake of a march on Saturday in Cardiff which saw thousands of people march in favour of Welsh independence for the first time ever.

The Plaid Cymru leader emphasized his commitment to Wales’s European future, by saying that he would want to see an independent Wales become a fully fledged member of the European Union “so that we can fully harness our own resources”.

Plaid Cymru’s European election campaign has focused on the need for a People’s Vote and its commitment to remaining in the EU.

“In the 1960s President Kennedy said that America would put a man on the moon by the end of that decade. It was a commitment that galvanized the imagination of the American people.

“So what is our modern equivalent of the American moonshot for Wales? It is to achieve independence within the EU so that we can fully harness our own resources.

“At April’s EU summit meeting the European leaders decided the UK’s fate while the Prime Minister waited in an anteroom outside the meeting.

“Seven of those leaders who determined Britain’s fate in those late night negotiations represent countries with a population smaller than Wales – Luxembourg, Cyprus, Malta, Slovenia, Estonia, Lithuania, and Latvia. Yet we are told that Wales is too small and too poor to have a seat at the table. It is simply not true.

“The past two years have laid bare how little Westminster cares about Wales. This European election is our first chance to show that we will not continue to dance to Westminster’s tune. We can make Wales matter, by voting for Wales, by voting for Plaid Cymru – the Party of Wales.”