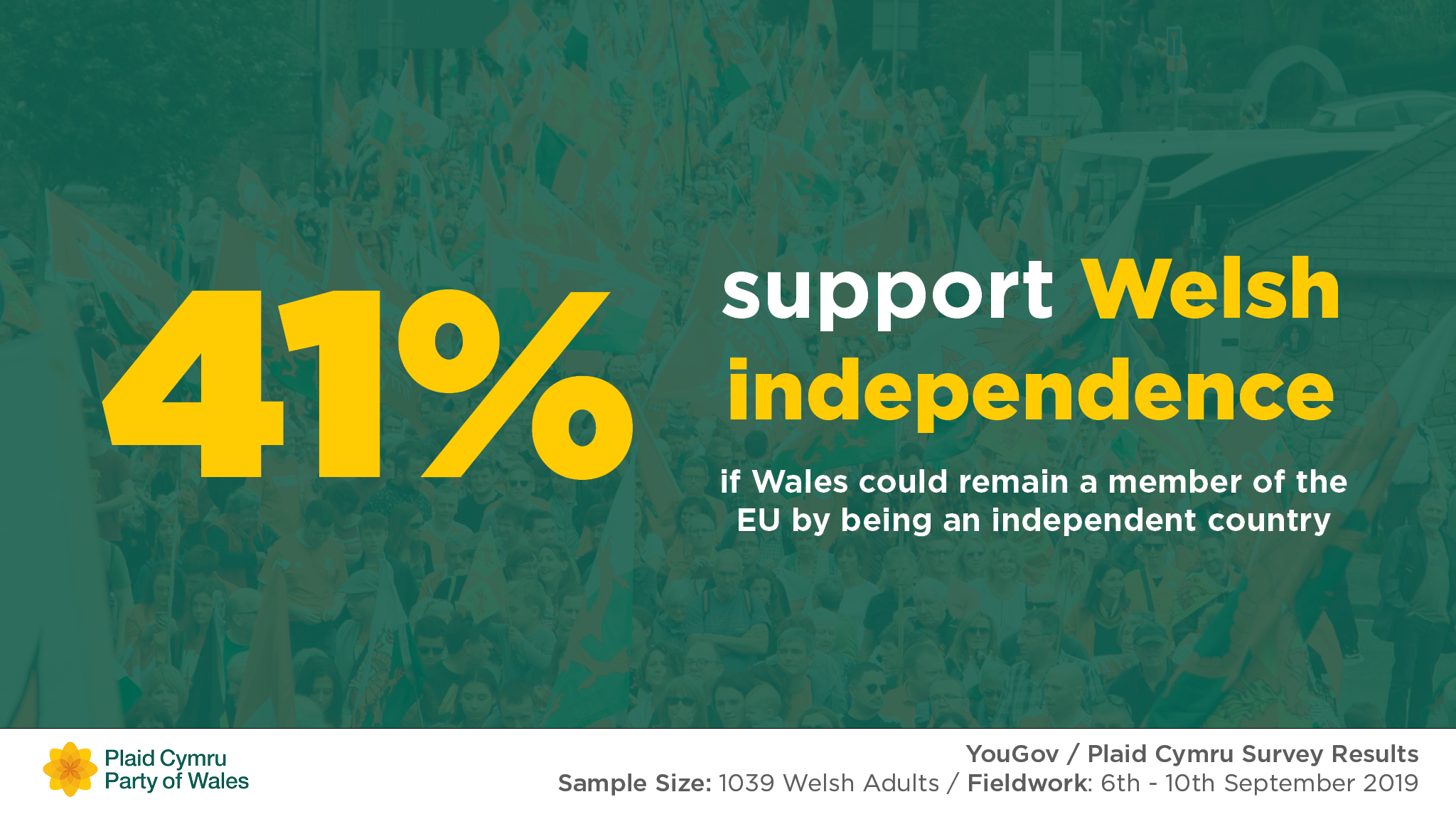 Over 40% who expressed a preference would back Welsh independence if it meant Wales could remain in the EU, new figures show.

A sensational new poll published today reveals support for Welsh independence, if it meant Wales remaining a member of the EU, at a historic high of 41% amongst those who expressed a preference.

The YouGov poll showed that if Wales could remain a member of the EU by being an independent country, support for independence would surge to its highest level in polling history.

In a separate question, 31% of those who expressed a preference supported Welsh independence if a referendum was held tomorrow.

The poll follows a series of rallies in Cardiff, Caernarfon and Merthyr Tydfil where 8,000 people marched in support of independence.

“These are sensational figures which put support for Plaid Cymru’s ambition of securing Welsh independence at a historic high.

“It is no wonder that we are witnessing a surge in support for a New Wales – a nation proudly taking its place as an equal partner on the international stage.

“Having overtaken Labour at the European elections, Plaid Cymru has secured its place as Wales’s true Remain party, fighting against a crash out Brexit and for future prosperity.

"Independence is moving from the margins to the mainstream. Our nation is on the march. As Boris Johnson takes us closer to the cliff edge, more and more people will demand an outward looking Wales free from Westminster’s contempt.”