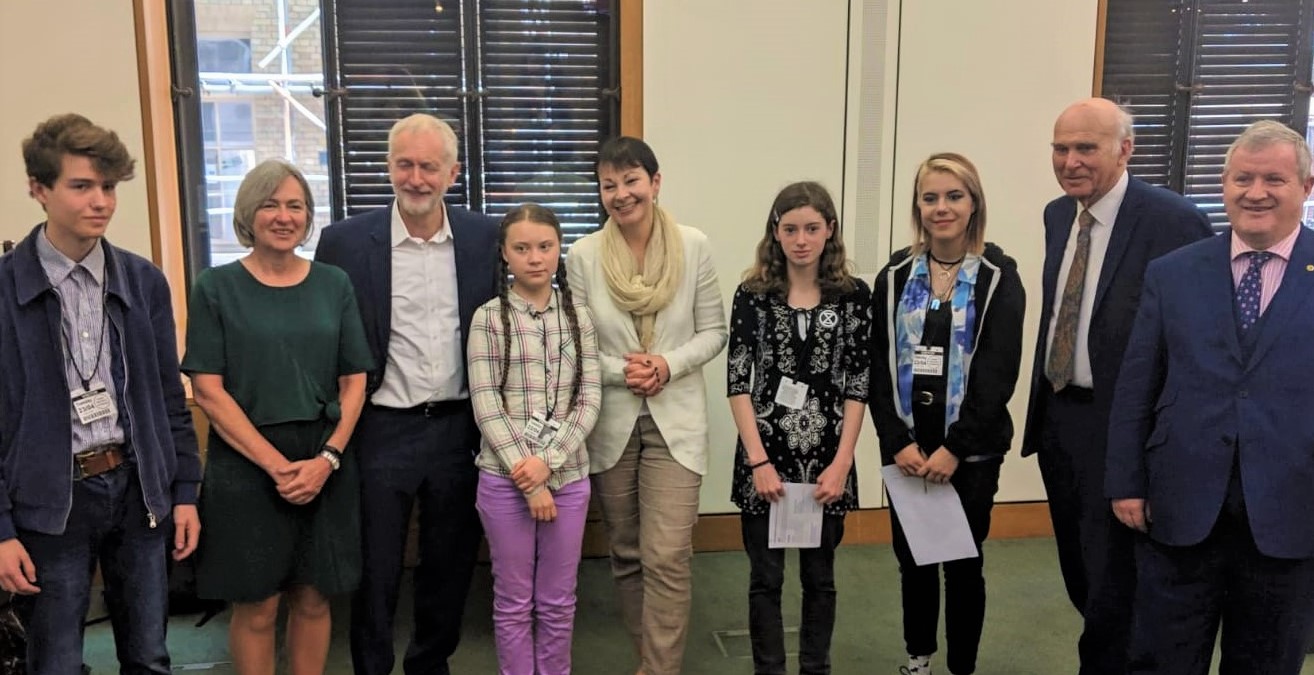 Liz Saville Roberts MP, Plaid Cymru’s Westminster Leader, has said climate change must be “at the top of the political agenda” after she today met with climate change activist Greta Thunberg as part of cross-party talks.

At the meeting, the Westminster Leaders present agreed to three actions: to continue cross-party cooperation and dialogue with young people, support the UK Youth Climate Assemblies and to stress-test each parties climate policies to ensure they meet the standards set out by the Committee on Climate Change. There is an open invitation for the UK Government, and all other political parties, to sign-up to these cross-party actions.

Alongside these initial actions, the party Leaders reiterated their support for lowering the voting age to 16 and to ensure that knowledge and information about the causes and solutions to the ecological crises are at the heart of the education systems of the four nations of the UK.

Greta Thunberg, the Swedish school student who started the first ‘school strike for climate’ told the meeting that it was time for politicians to “listen to the science” before it was too late.

Plaid Cymru’s Westminster Leader reiterated her party’s commitment to action on climate change and said that the current levels of inaction on environmental issues shows “how broken our political system is”.

“To know with utmost certainty that our current treatment of the environment will lead to irreversible and catastrophic damage, but to do so little about it, shows how broken our political system is.

“No one is immune from the effects of climate change, but it is future generations that will face its worst consequences.

“It is young people, like Greta, who are inspiring change. School strikers and the Extinction Rebellion are at the forefront of the environmental conversation. But their message was quite clear – we need more than talk, we need action.

“Without fast, meaningful and intensive climate action we will soon be facing a real and immediate existential crisis.

“I hope today was the first step in putting climate change at the top of the political agenda, so action can be taken in the little time we have left to address this irrefutably important issue.”