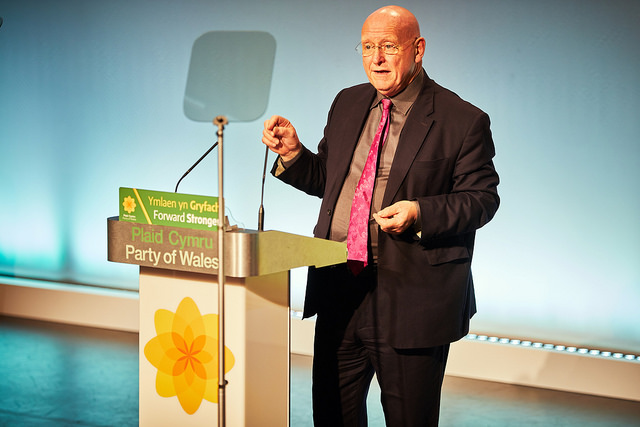 Plaid Cymru has criticised the British Government for leaving Holyhead Port “off the map” in Brexit discussions as the Brexit Secretary admits he has held no discussions on the future of Holyhead Port, despite claiming it will face extra complexities post-Brexit.

Responding to questions from Arfon MP, Hywel Williams, during a meeting of the Brexit Select Committee, David Davis MP said that the port will become the “Wales-Ireland border” and that it may have “extra complexities” later on during the Brexit process.

Holyhead port is the second most significant port anywhere in the UK with 400,000 trucks passing through on the way to and from Ireland and will become a major Brexit pinch point if a hard border is placed between Wales and Ireland.

“Holyhead is already the second most significant port in the UK after Dover and its operation is set to become a major international issue if the British Government insists on reintroducing customs checks between Wales and Ireland.

“It is astonishing that the Secretary of State has held no discussions at all on this issue and it is sadly indicative of the priorities of the British Government and its capacity to deal with the pile of problems being created by their insistence on leaving the Customs Union and the Single Market.

“The Brexit Secretary couldn’t give me an answer on whether money has been set aside to deal with the potential of significant congestion on the already inadequate A55 through the north of Wales if customs checks are reintroduced, and across the two bridges between Anglesey and the mainland.

“There are further questions that arise around how the new Nuclear Power Station, Wylfa Newydd, will impact on congestion and how the port itself will be able to deal with the delays of customs checks.

“These are crucial matters relating to the UK’s second busiest port and that the Brexit Secretary has held no discussions at all begs very serious questions about his, and his government’s priorities.”