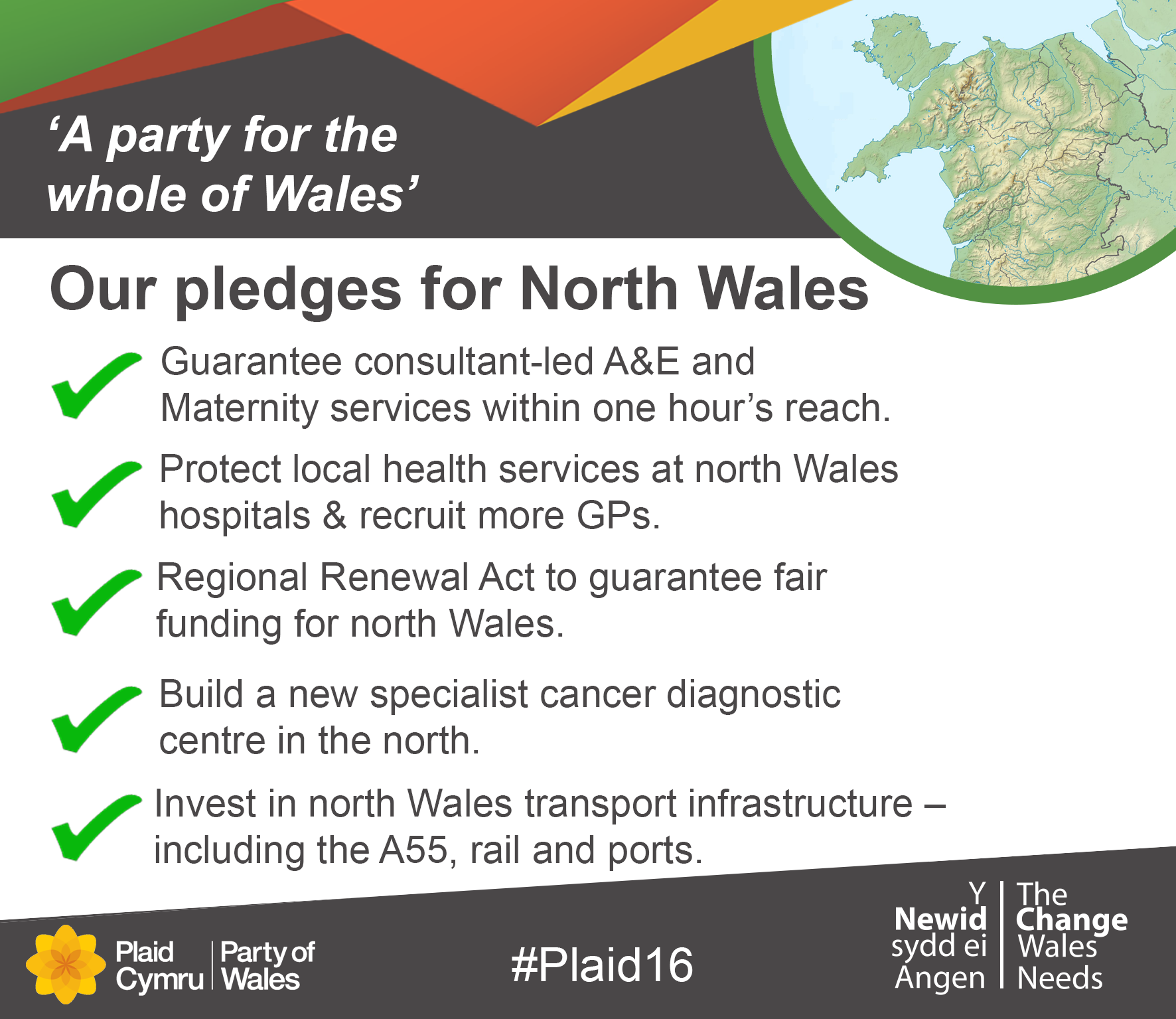 Plaid Cymru Leader Leanne Wood will today travel across the north of Wales to meet local candidates and discuss the party's proposals for the region.

Party of Wales Leader Leanne Wood said that the Labour administration had left the north "feeling left off the map" and that it was time for a Welsh government that would bring the Assembly closer to the people of north Wales.

Speaking ahead of her visit to the north of Wales, Leanne Wood said:

"A Plaid Cymru government would work to unite the whole of Wales - north and south, rural and urban. To do this, we would implement a Regional Renewal Act to spread prosperity and rebalance the Welsh economy, guaranteeing fair funding for the north.

"For too long, Labour have left north Wales feeling left off the map. Their recent proposals for a metro system for the region were rushed, ill-thought and spoke volumes about north Wales's place among their priorities.

"In contrast, a Party of Wales government would take decisive action to invest in improving the A55, pressing the UK government to electrify the North Wales Main Line, and take action to prevent flooding across the region.

"On public services too, the Party of Wales will ensure that the north of Wales gets a fair deal. As part of our pledge to guarantee a diagnosis or the all clear within 28 days for those suspected of having cancer, we will build a specialist cancer diagnostic centre in the north.

"Plaid Cymru is determined to protect local health services at north Wales hospitals, and we will guarantee consultant-led A&E and maternity services within one hour's reach.

"While the Labour health minister accuses local GPs of 'crying wolf' over the staff shortage crisis facing the NHS, Plaid Cymru has listened. We will recruit more doctors and nurses throughout the region in order to ease pressure on existing staff and bring down waiting times for patients.

"A Plaid Cymru government will work for the whole of the country. We are determined to bring the Assembly closer to the people of the north and make it feel more relevant than ever before."