Five things Plaid Cymru will do for Welsh farmers 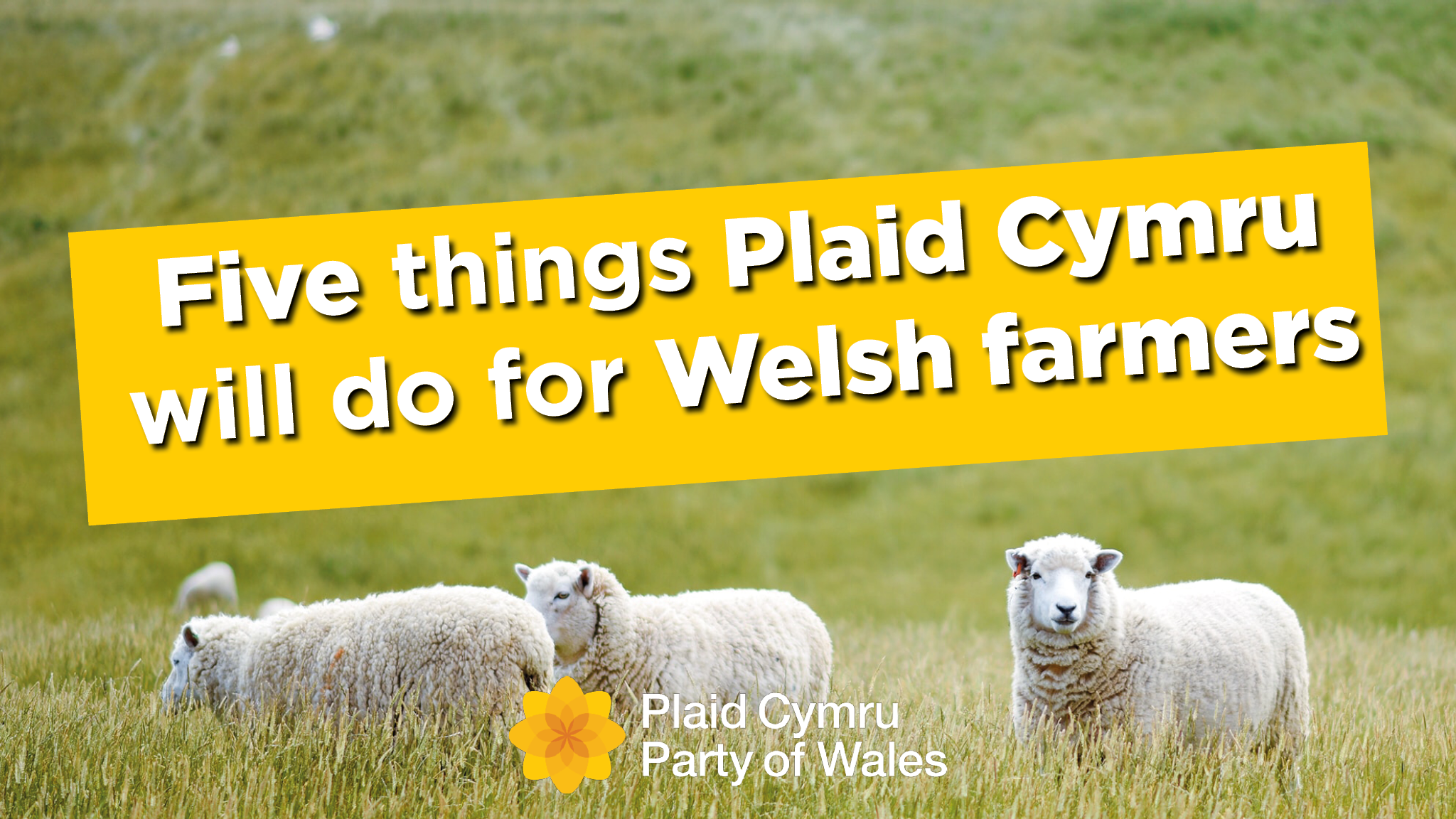 Agriculture is one of the most well-established, long-running and crucial aspects of the rural Welsh economy, a hallmark of Welsh life threatened by a Tory or Labour Brexit. 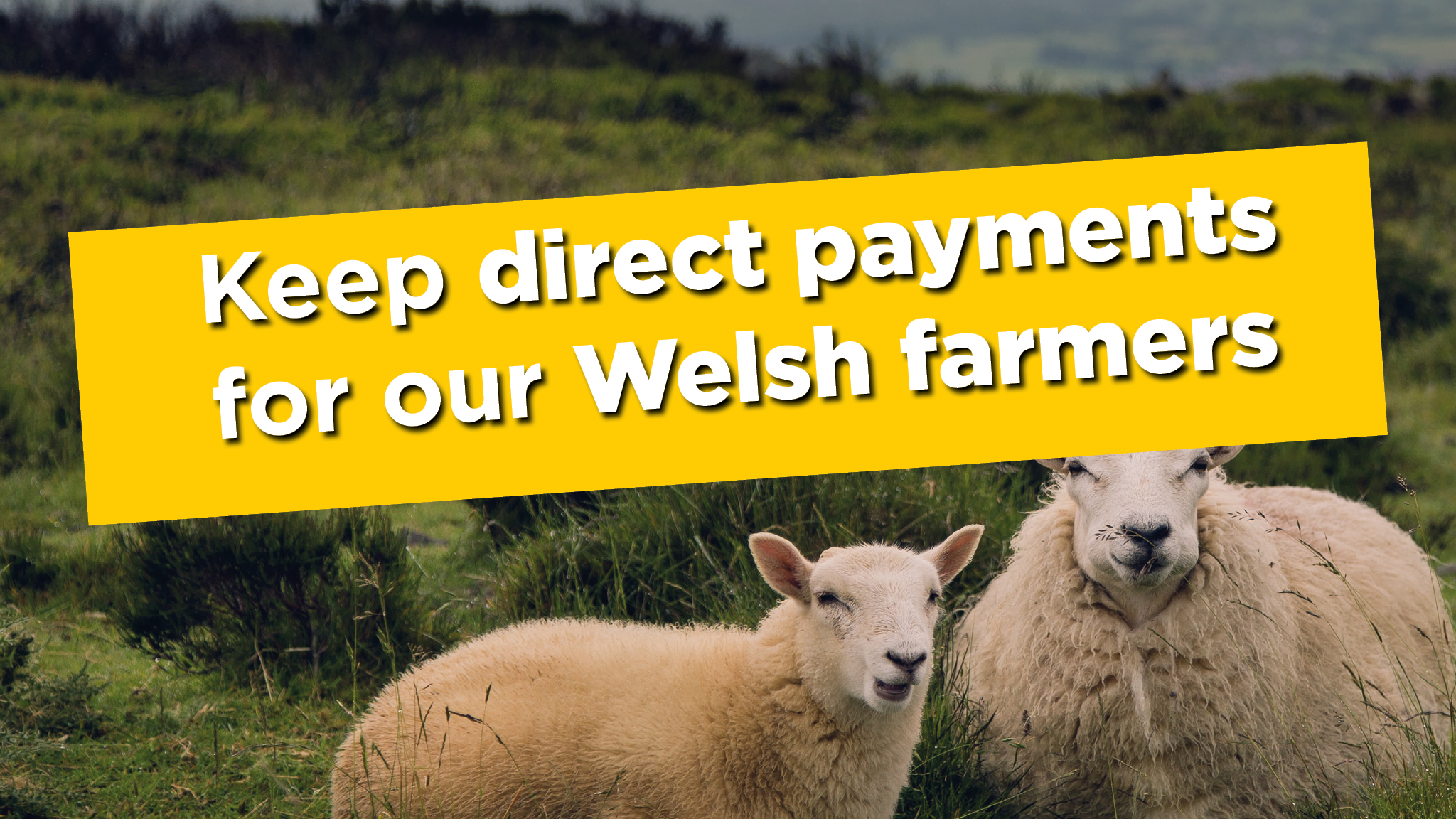 Farming is the backbone of rural communities across Wales and agriculture is an important sector in terms of the broader Welsh economy.

Currently, well over half of most Welsh farmer’s incomes come from the direct payments they receive through the EU’s Common Agricultural Policy. Direct payments provide stability and security to farmers and are crucial in ensuring the vitality of Welsh farms and the wider rural economy.

But Brexit has serious implications for Welsh farmers and would have a devastating impact on the rural economy and the fabric of rural communities.

If we leave the EU, the Welsh Labour Government proposes to follow the UK Conservative Government by phasing out direct payments to farmers and establishing a new environmental land management system. Meanwhile, farmers in Scotland, Northern Ireland and the rest of the EU 27 will retain direct payments, creating an unlevel playing field for Welsh farmers and undermining the viability of their businesses.

A Plaid Cymru government will retain a direct payment scheme. We can also protect this funding for Welsh farmers by remaining in the EU.

Meanwhile, if we were to leave the EU without a deal, Welsh farmers would face crippling tariffs on selling their products in their main market which is the rest of the EU. It is vital that we protect the Welsh family farm through remaining in the EU – vital for our rural communities, economy, environment and culture.

Ceredigion’s Ben Lake strongly made the case to the Department for Environment, Food and Rural Affairs that in any future agriculture funding arrangement each country in the UK should have an equal say on the total amount of money allocated to farming. 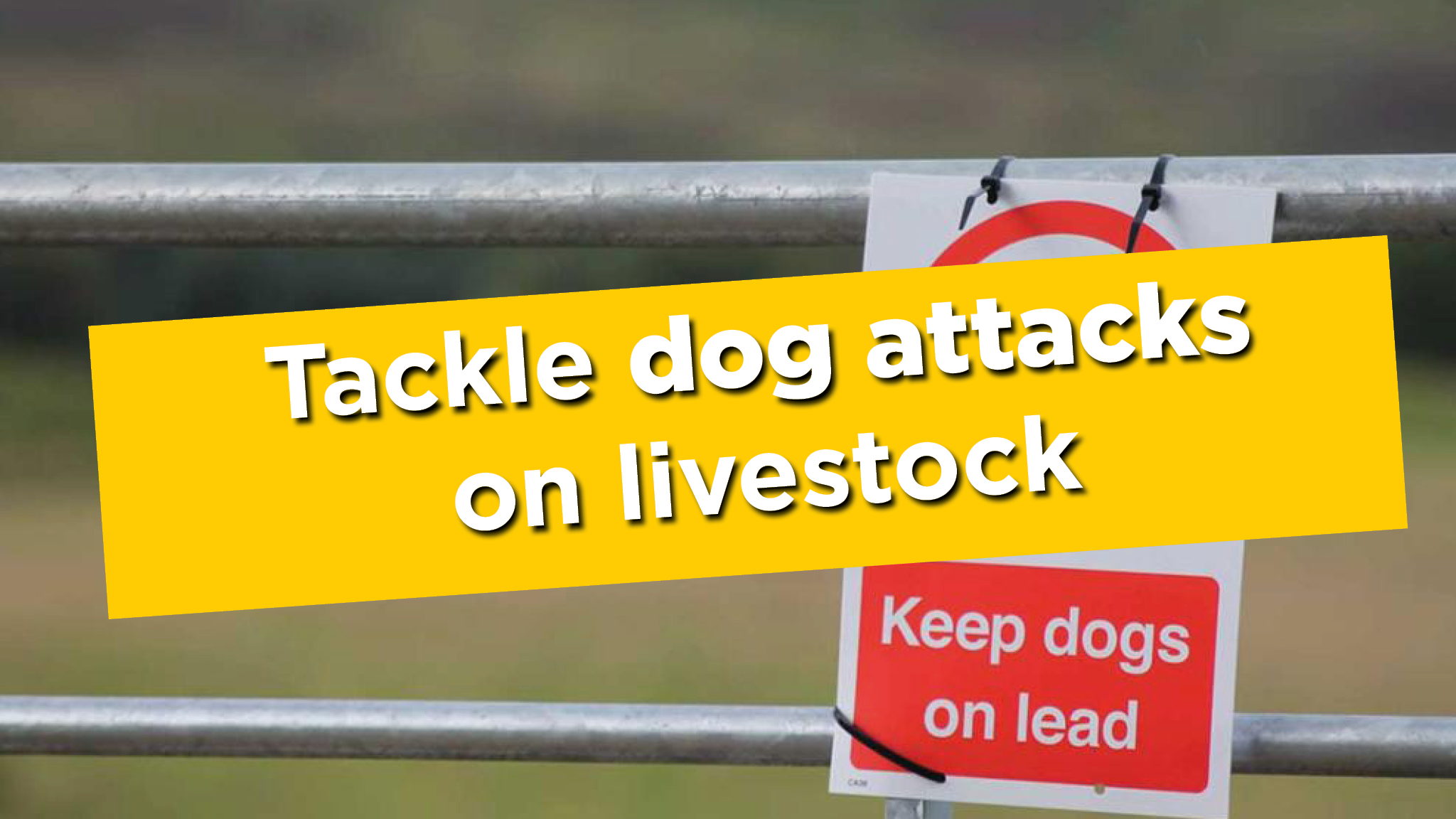 Plaid Cymru is calling for the devolution of powers relating to dog attacks on livestock. In the north of Wales alone, there were 449 recorded cases of dog attacks between 2013 and 2017. As well as causing distress to animals they incur a large financial burden on farmers. The four main pieces of legislation that currently cover livestock attacks are antiquated and do not fit with current agricultural practices or the seriousness of the offence. Devolution and a change in the legislation is necessary to ensure the seriousness of this offence is understood, and that Welsh police forces have the powers to properly trace and deal with offenders. 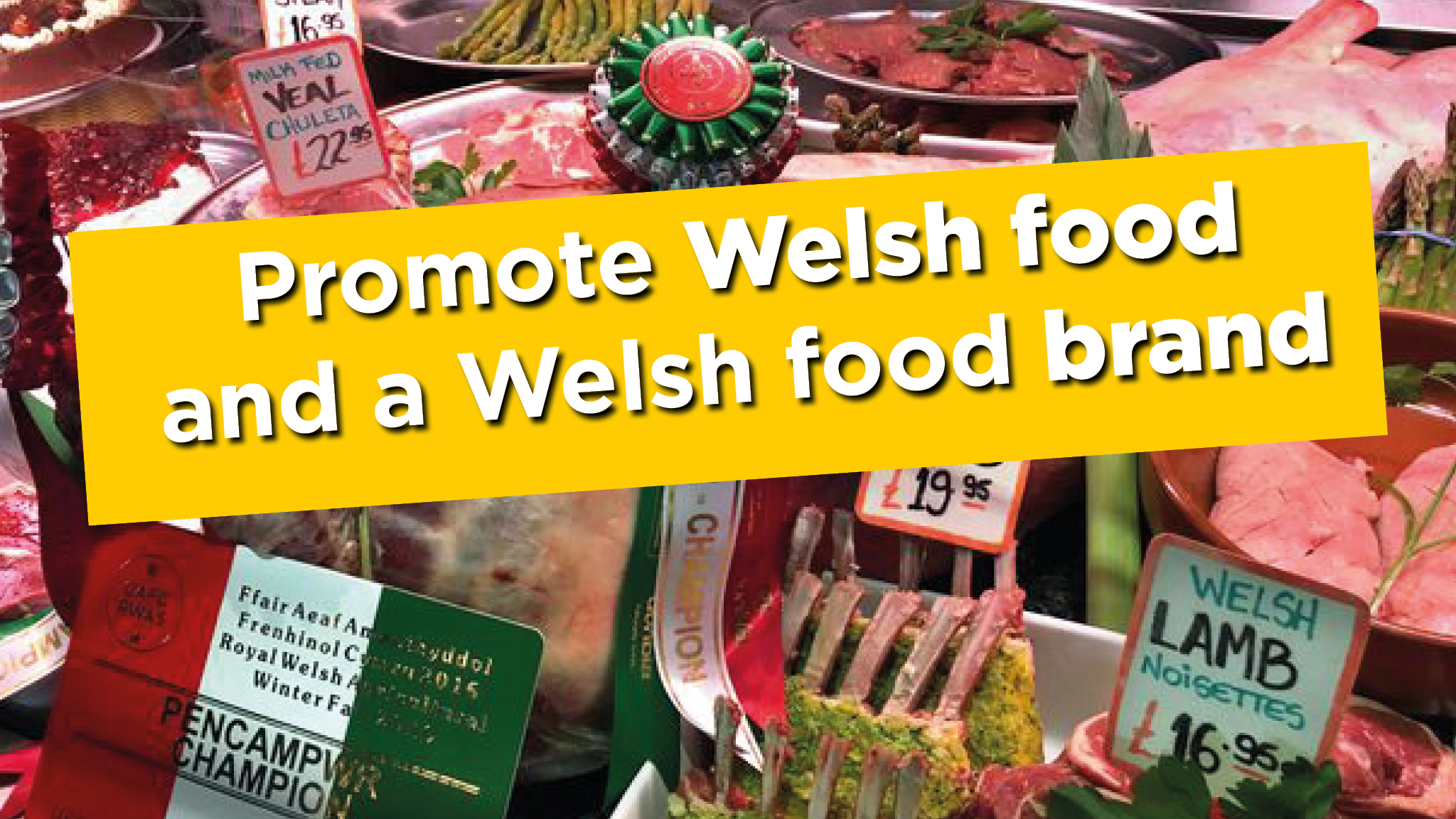 The Welsh food and drink sector is integral to the prosperity and health of communities throughout Wales. The food supply chain is worth £7 billion to the Welsh economy, while the food and drink industry employs an estimated 240,000 people. We will seek to create a stronger domestic food market underpinned by a more resilient processing capacity supported by more pro-active public procurement policies. We will also protect and grow the Welsh brand, building on the highest environmental and animal welfare standards.

Plaid Cymru will fight for full powers for the Senedd over food labelling. This would allow us to build on and enhance the Welsh brand, helping promote and add value to our internationally renowned Welsh produce. Plaid Cymru MPs will also seek to ensure that any future trade deals secure geographical indications for key Welsh food such as Welsh Lamb and Beef, Halen Mȏn/Anglesey Sea Salt, Pembrokeshire early new potatoes, Conwy Mussels, Carmarthen Ham and Welsh Wine. 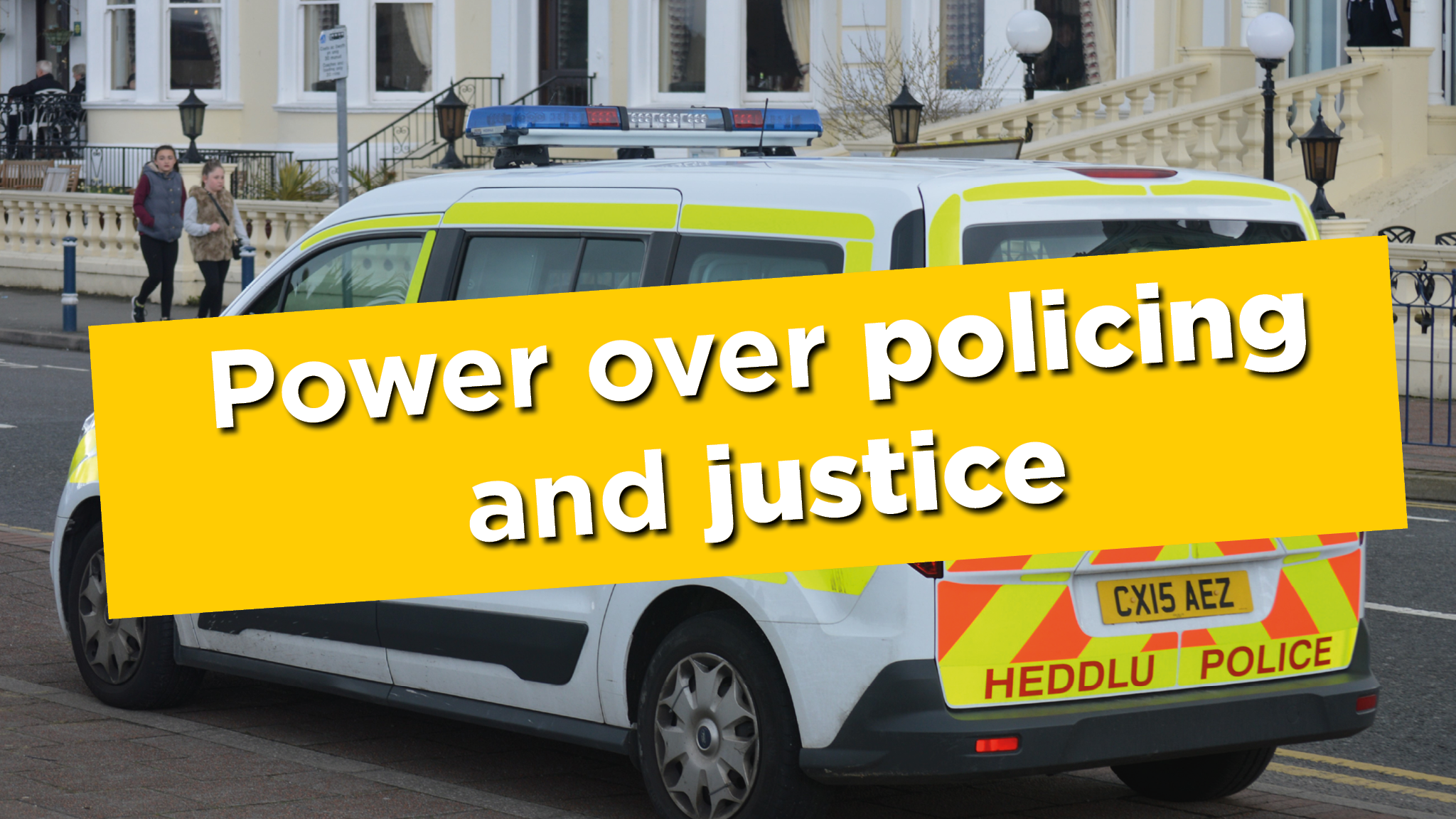 Devolving criminal justice is the start of a process to rectify the damage to police forces caused by successive Tory Governments.

For rural areas in particular, this would mean our officers will be better rooted in our communities, instead of being stretched to cover large geographical areas with few resources.

The extra police officers will help facilitate community engagement, in which the police and the community can relay issues of mutual concern. Targeted, community-based problem-solving approaches improve crime reduction and rehabilitation.

With policing devolved, Welsh police forces would be entitled to an additional £25 million from a block grant from the UK Government, rather than through the unequal police funding formula. 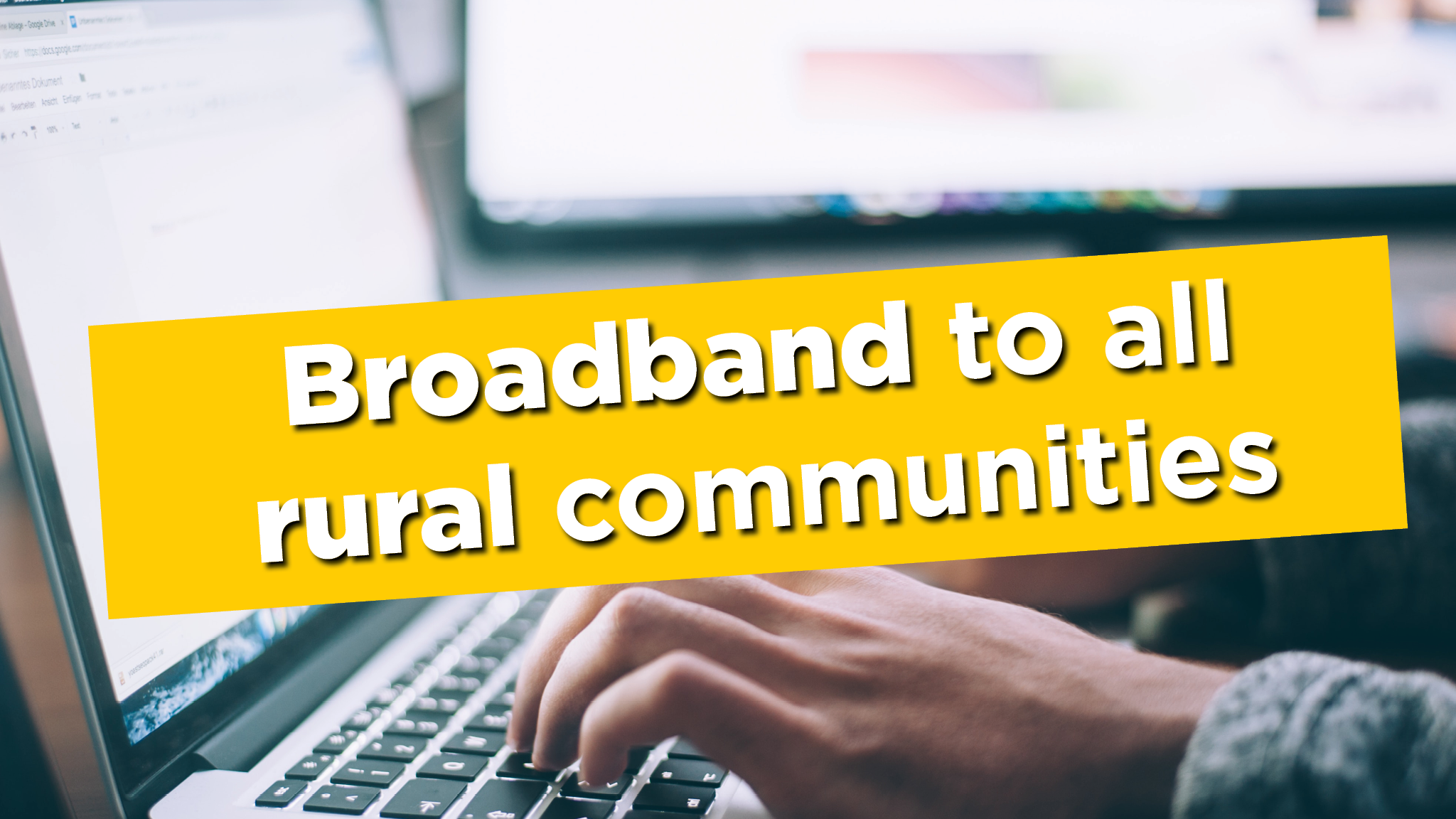 Creating a publicly-owned Welsh Broadband Infrastructure Company to guarantee access to full-fibre broadband to every home and business in Wales by 2025.