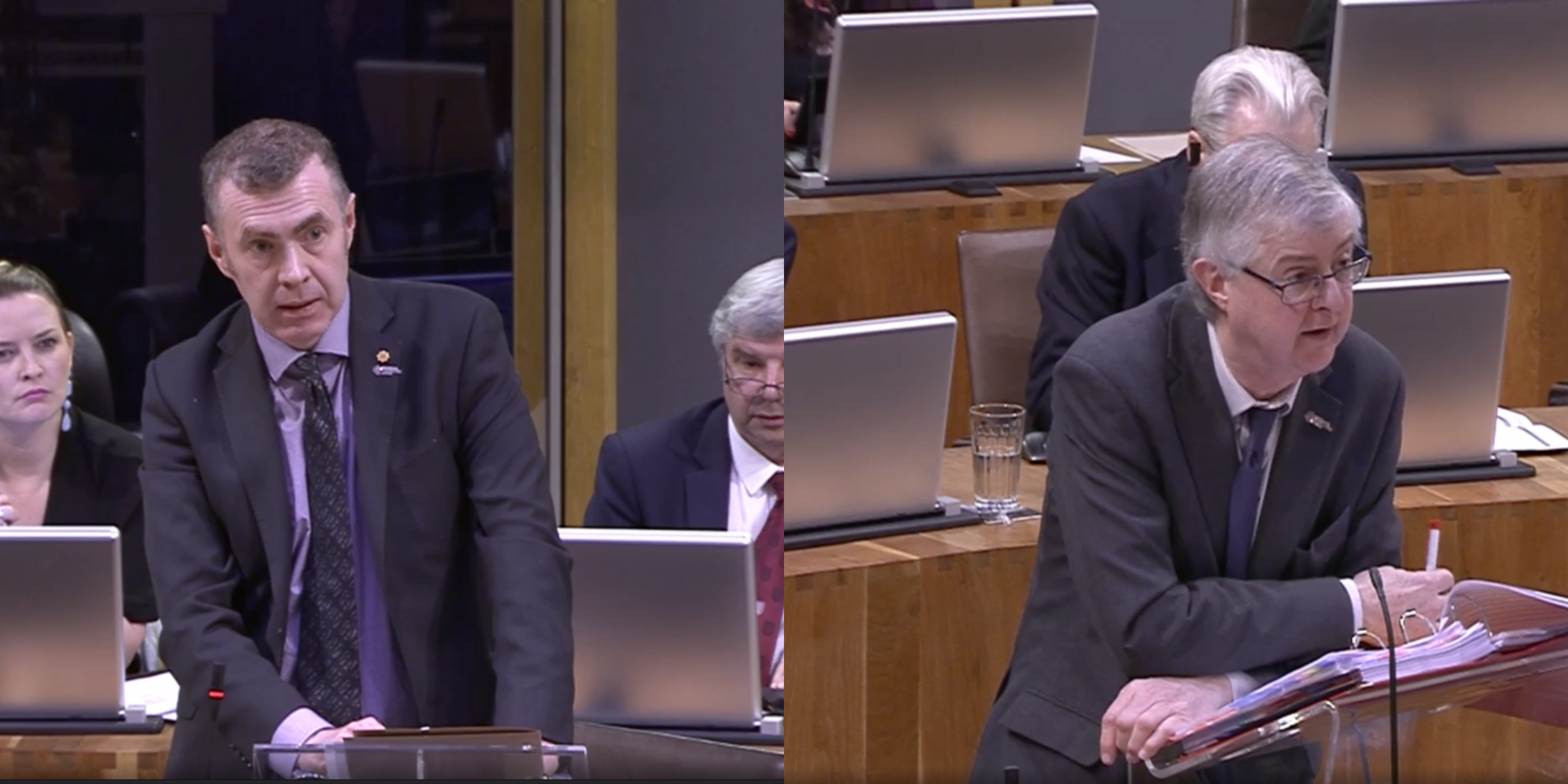 Plaid Cymru Leader Adam Price has called on First Minister to stop dithering over a People’s Vote after Mark Drakeford claimed that Brexit deadlock had not been reached, weeks after his initial deadline for resolving the deadlock passed.

Mr Drakeford had told the Assembly on January 22:

"The debate in Parliament over the next week is the last opportunity to rally around that form of Brexit, one which has at its heart a future relationship based around continued participation in the single market and a customs union.

"If that cannot be done, the severity of 'no deal' is so great that if Parliament cannot agree a majority position on a deal that secures our long term economic interests, then the only option which remains is a second public vote to break the deadlock."

However, responding to a question from Adam Price today, he claimed that the deadlock had not even been reached, before echoing Theresa May’s call for politicians to ‘hold their nerve’.

“The House of Commons continues to grapple with this matter, and deadlock, I believe, has not yet been reached.

“And we just have to be willing to hold our nerve to allow that opportunity to happen.”

“The First Minister, in a statement in the Assembly on January 22, set a deadline of January 29 for the Brexit deadlock to be resolved, saying if this had not happened, he would then back a People’s Vote.

“Weeks later and with only 38 days to go until we are due to leave the European Union, he is now claiming that the deadlock has not even been reached.

“This week alone we’ve had Honda announcing the planned closure of its Swindon plant, leading to the loss of 3,500 and sounding alarm bells in the head offices of its 12 Wales-based suppliers.

“We’ve had Economy Minister Ken Skates confirming that a company has delayed its investment in the north east which would have created 250 jobs.

“And newly released research shows that Foreign Direct Investment into Wales has fallen 46% since the referendum – the greatest decline across all nations and regions of the UK.

“It takes a superhuman level of incredulity to claim that this is nothing to do with Brexit – it’s crystal clear that economic uncertainty caused by the disgraceful fact that we’re heading towards a no deal cataclysm is costing jobs in Wales.

“The First Minister, rather than telling politicians to ‘hold their nerve’, needs to get off the fence and support a People’s Vote now, so that Article 50 can be extended to avoid a cliff-edge exit and people are given the opportunity to halt this snowballing economic disaster by voting to remain in the EU.”