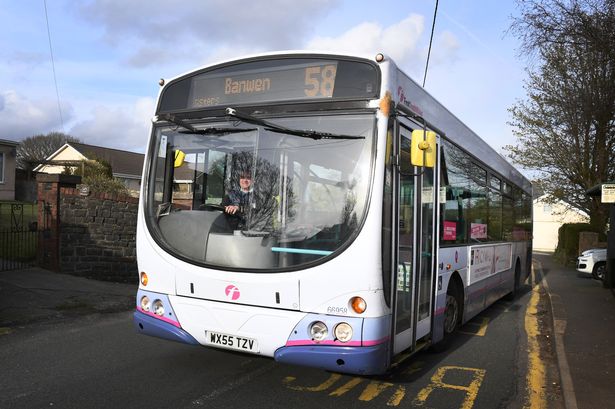 Following scrapping of M4 Relief Road alternatives must be developed

Aberdeen-based First Group announced last month that it was poised to divest itself of its UK bus operations. This includes in Swansea where its subsidiary First Cymru runs the local bus service that also extends east to Bridgend and west to Tenby.

Adam Price, Leader of Plaid Cymru suggested that, particularly in light of the decision on the M4 Relief Road and its implications for investment in public transport, Welsh Government should look to acquire First Cymru and bring it into public ownership.

Plaid Cymru had said that the Welsh Government’s “dithering” over the M4 relief road meant tens of millions of pounds and at least eight years, had been “wasted” and could have been spent developing more innovative and sustainable transport solutions for the South East and other parts of Wales.

Mr Price said that bringing First Cymru into public ownership would underline the need to move towards an all-Wales integrated public transport network, particularly in light of the decision to scrap the costly and environmentally damaging M4 Black Route.

Speaking in the chamber during FMQs, Adam Price, Leader of Plaid Cymru said,

“Wouldn’t acquisition of First Cymru be a great opportunity for Swansea to follow both the Cardiff Bus and Newport Bus operations – and also Cardiff Airport – in demonstrating how good public service provision can produce returns for the taxpayer rather than profits for the shareholder?

“Welsh Government is subsidising public transport in Wales through concessionary fares offered to bus pass holders. But except in Cardiff and Newport, a proportion of Welsh Government bus pass funding is finding its way into the profits of private sector companies based in England, Scotland, France, Germany, the Netherlands and Singapore. Wouldn’t it be much better if this money was recycled in Wales by taking bus operations such as First Cymru into public ownership?

“The opportunity to bring First Cymru into public ownership also underlines the direction we should be taking in moving towards an all-Wales integrated public transport network.