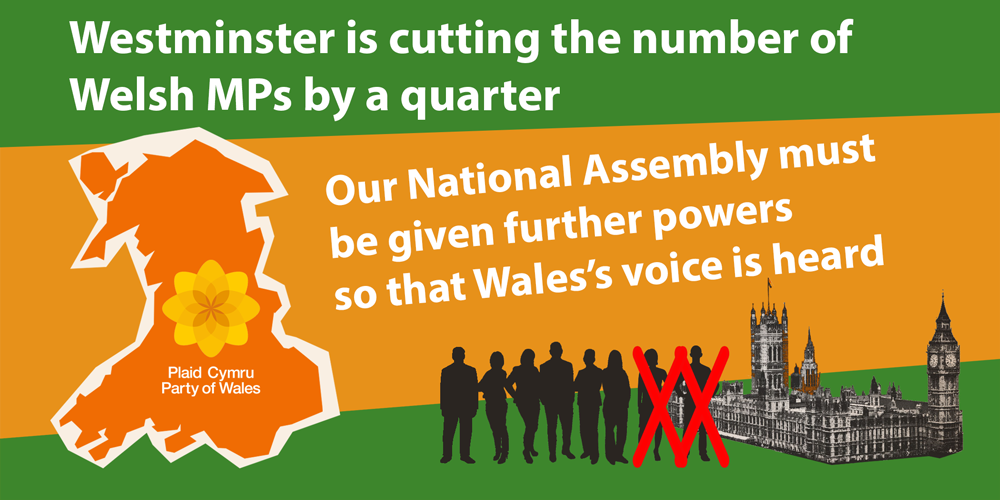 Responding to the publication of the new boundaries proposed by the Boundary Commission, Plaid Cymru’s Westminster leader, Hywel Williams, said:

“While in principle we’re supportive of efforts to cut the number of MPs, Wales should not disproportionately lose out.

"As it stands, Welsh powers are far weaker than those of both Scotland and Northern Ireland. Westminster is still responsible for major areas of policy affecting Wales and our nation will have less of a voice if these proposals go through.

“Wales is being silenced by Westminster and unless it is balanced by delivering a meaningful transfer of responsibility back to Wales, we will oppose these changes.”