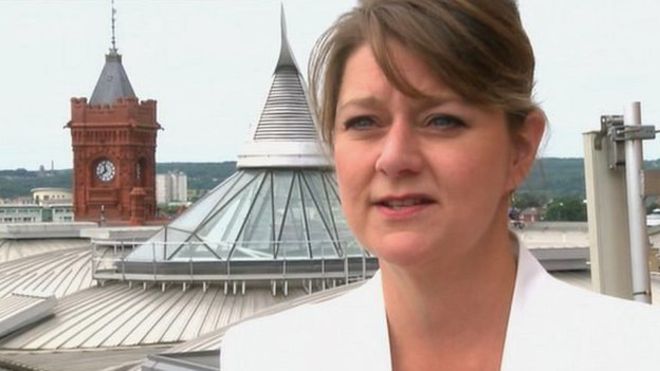 Plaid Cymru Leader Leanne Wood has today criticised the Leave campaign's claim that Wales would be compensated for any loss of EU structural funds in the event of a Leave vote, branding it "pure fantasy."

Leanne Wood highlighted the fact that it's not in the Leave campaign's gift to pre-empt the spending commitments of the next UK government, and issued a reminder that the Conservatives have never secured fair funding for Wales and that they cannot be trusted to protect the Welsh economy.

"The Leave campaign's claim that Wales will be compensated for any loss of EU structural funds in the event of a Leave vote is pure fantasy.

"It is not in the Leave campaign's gift to pre-empt the spending commitments of the next UK government.

"Our nation has suffered decades of underfunding at the hands of consecutive Labour and Tory governments in Westminster.

"The Conservatives have failed to secure fair funding for Wales - they don't even accept the principle of funding parity with other nations. They have repeatedly voted through budgets which have slashed the Welsh block grant. The Tories simply cannot be trusted to protect our economy.

"The European Union offers many key protections and benefits for the Welsh economy and workers' rights. Plaid Cymru believes that is in Wales's best interests to remain.

"With Boris Johnson stepping up his campaign to snatch the keys to Number 10, voting Remain on June 23 gives us our best chance of avoiding even deeper Tory austerity and an even greater threat of privatisation to our public services."