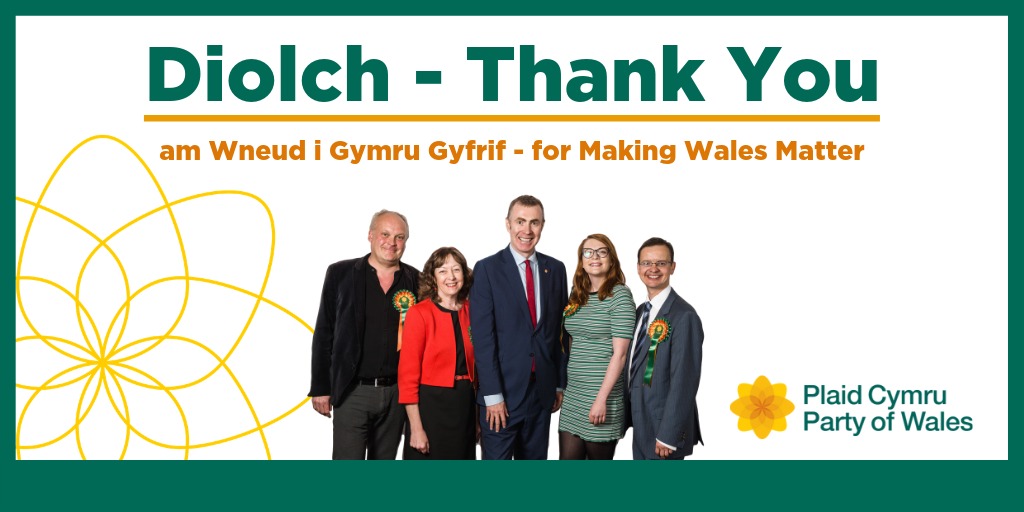 As polls close in the European election, Plaid Cymru has said that it has been ‘inundated’ with messages of support from people who usually support other parties.

The party has said that it has received countless messages, particularly on social media, from people who had voted for the party for the first time.

In the run-up to the election, Plaid Cymru had appealed to Liberal Democrat and Green voters to back Plaid as the only viable option for beating Brexit.

The party had also appealed for the support of Labour supporters who felt disillusioned by their leadership’s attempts to facilitate a Tory Brexit without a People’s Vote.

On Monday, the YouGov Wales Barometer Poll for ITV Cymru Wales and Cardiff University placed Plaid Cymru in second place at 19%, ahead of Labour at 15%.

Speaking ahead of the close of the poll, Plaid Cymru Leader Adam Price AM said:

“From what we are seeing many people across Wales have today voted for Plaid Cymru for the first time.

“On doorsteps, phones, and particularly on social media, we have been inundated with messages of support from people who have never voted Plaid before.

“We know that won’t have been an easy decision - so thank you. Thank you for your support and know that we will do everything to live up to the trust that you have placed in us.

“Today, many first time Plaid voters have joined together to reject the backward-looking Brexit of the Westminster establishment in favour of the bright, prosperous European future for Wales. Politics is changing, so let’s stick together, let’s keep going, and together we can build a new Wales in a new Europe.”