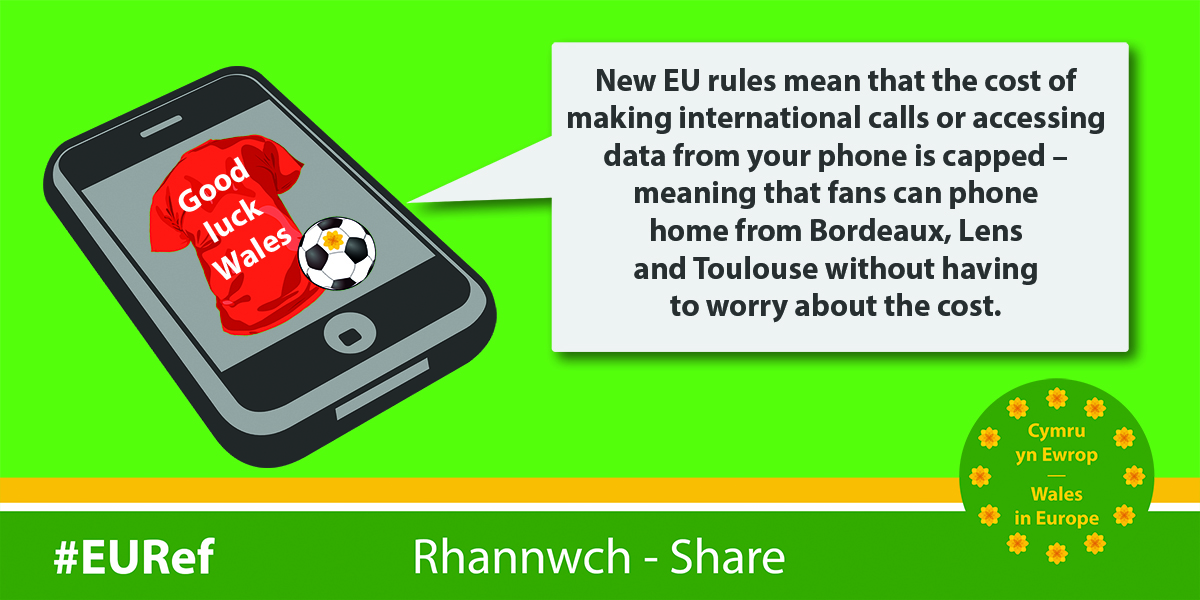 Welsh football fans heading to France shortly for the Euro 2016 Football Championships will be saving a packet thanks to reductions in mobile roaming charges forced through by the European Union.

Plaid Cymru's Neil McEvoy AM said that new EU rules forced multi-national companies to cap costs on phone calls and data charges when travelling or on holiday, saying that this was a good example of how international agreement at a European level stopped people being ripped off.

“We know that Wales benefits by £245m a year from being in the European Union but football fans heading off to France this week, as well as holiday-makers across the continent, will benefit this year from cheaper international mobile phone calls.

“In past years, mobile phone companies were able to charge sky-high prices for international phone calls or accessing data from your phone, but new European Union rules mean that these will be capped and much cheaper – meaning that fans can phone home from Bordeaux, Lens and Toulouse in the next few weeks.

“This is a great example of how the European Union, and getting international agreement at a European level, can get a good deal for everybody.

“If it wasn’t for the European Union, then there would be no way of stopping telecoms companies from charging whatever they want for their services, but working together we can stop multi-national companies from ripping us off and making huge profits out of us.

“Plaid Cymru is supporting Wales at the Euro 2016 football championships and a Remain vote in the European referendum.”