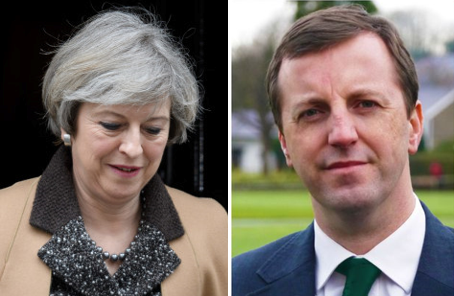 A Plaid Cymru MP has described the snap election as “epoch defining” for Wales, saying the people of Wales face a “clear choice” between Plaid Cymru and the Tories.

Mr Edwards also pointed to plans set out in the White Paper on the Great Repeal Bill to “undermine” Wales’ democratic structures.

“Wales is facing a national threat of a kind we haven’t seen for generations. There is an extreme right wing government in Westminster under Theresa May’s leadership, following a very extreme Brexit trajectory, taking us out of the single market and the customs union which will be very damaging to Wales’ economy with very serious implications for people’s jobs and wages.

“We know already of their plans in terms of taking powers back from Brussels, but what they’re also planning is taking, and completely undermining Wales’ democratic systems. They have outlined this clearly in the White Paper on the Great Repeal Bill.

“This is an epoch defining election for Wales as a nation and the choice is clear – with the Labour Party in a state of complete shambles, they will be destroyed at this election. Only Plaid Cymru can withstand the Conservative Party in Wales and it is essential that the people of Wales send a message to Westminster that they will never forget, by sending the biggest number of Plaid Cymru MPs back to London to fight, protect and defend Wales’ status as a nation.”