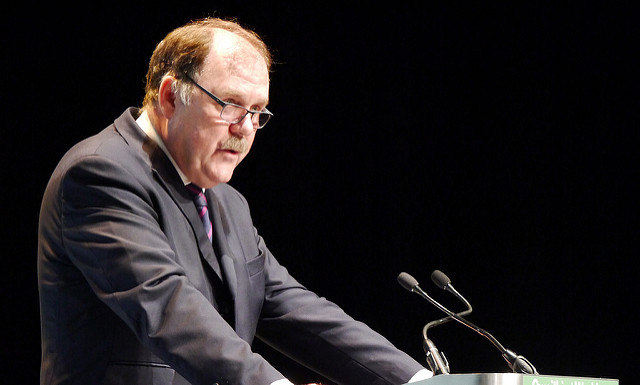 Two years after a new domestic abuse law to make coercive and controlling behaviour a crime was enacted, police forces are “poorly trained and ill-equipped” to deal with the new crime.

Figures obtained through Freedom of Information requests by the Bureau for Investigative Journalism (BIJ) last month show that, from the 29 police forces that responded, just 532 charges were made, with six police forces brining five charges or fewer since the law was enacted. Figures also suggest that just eight out of the 43 Welsh and English police forces have engaged with the nationally accredited training programme.

Elfyn Llwyd’s Bill was progressed in the form of amendments to the Serious Crime Bill, and to a concession from the Government at the time, who eventually brought forward their own Bill, which was due to be enacted in March 2015. Concerns raised at the time by Plaid Cymru, that police needed training before the Bill was enacted led to its delay. The Bill eventually came into force on the 29th of December 2015.

Examples of coercive and controlling behaviour include preventing victims from seeing friends, stopping them from having hobbies, controlling their finances or where they are allowed to go.

Plaid Cymru has called for the Home Office to fund a centrally procured training programme for the police to ensure they are adequately informed on the new law. The party also wants policing to be devolved to Wales, mirroring the situation in Scotland and northern Ireland, which would give the police in Wales a funding boost of £25 million a year.

“It was important that coercive and controlling behaviour were made criminal offences and I am proud to have secured that step forward but that it has been so poorly followed-up by the Westminster Government is very frustrating, particularly given the warnings Plaid Cymru made at the time that the police would need to be trained.

“The poor take-up of training amongst the Welsh and English police forces is reflected in the low number of prosecutions. The Westminster Government must now ensure that training is made mandatory and funded centrally.”

“A number of important steps have been taken, but victims of domestic abuse are still being let down. All police officers, including middle managers, need to be trained to ensure they are aware of the new legislation and understand the nature of the new offence of coercive or controlling behaviour. Ensuring first responders are adequately trained is a critical part of ensuring culture change within the police and ultimately across society.

“Devolving policing – mirroring the situation in the other devolved countries – would provide an immediate boost of £25 million per year to the Welsh police forces, and allow the Welsh Government to provide mandatory training."