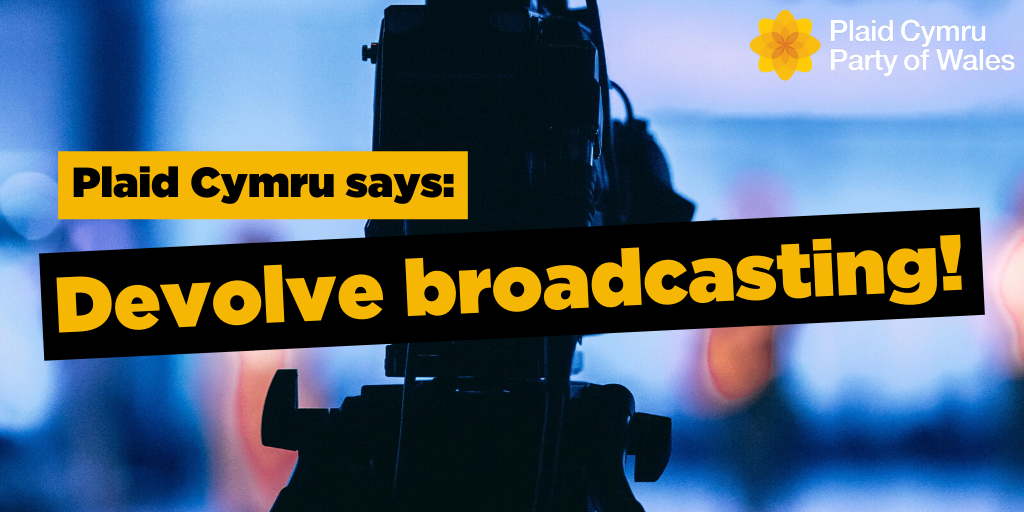 Ahead of the BBC’s seven-way general election debate, Plaid Cymru has called for powers over broadcasting to be handed to the Senedd.

The party has long said that transferring responsibility for broadcasting from Westminster to Cardiff Bay would be a way to improve people in Wales’ understanding of what happens in Wales.

Shadow Culture Minister Delyth Jewell AM said that broadcasters should be required by law to hold a general election debate in Wales featuring the main leaders of political parties.

Such a move would require broadcasters to hold a televised debate in Wales for every general election to which the UK leaders of the British parties would be invited, alongside the leaders of Plaid Cymru and the SNP.

A Plaid Cymru government would “promote a Welsh media that represents the people of Wales and what matters to them.”

Meanwhile, Labour’s so-called ‘Welsh manifesto’ only includes the word ‘devolution’ once, and doesn’t include the word ‘broadcasting’ at all.

“Plaid Cymru has long argued that powers over broadcasting in Wales should be in the hands of our Senedd, not in the hands of the Westminster establishment which knows little, and cares even less, about our communities.

“Devolving broadcasting would give us the much-needed opportunity to build a pluralistic Welsh media which reflects the needs and interests of modern Wales as a flourishing democracy. It would also help people who live in Wales be better informed about what’s happening in their own country – not be misinformed by a London-based media which just doesn’t get devolution.

“If our Senedd were responsible for broadcasting, we could require broadcasters to hold a debate here in Wales for every general election – and invite the UK leaders of all the parties. That way, the people of Wales would be able to judge for themselves how well the likes of Boris Johnson and Jeremy Corbyn stack up against a party like Plaid Cymru whose only priority is Wales.”