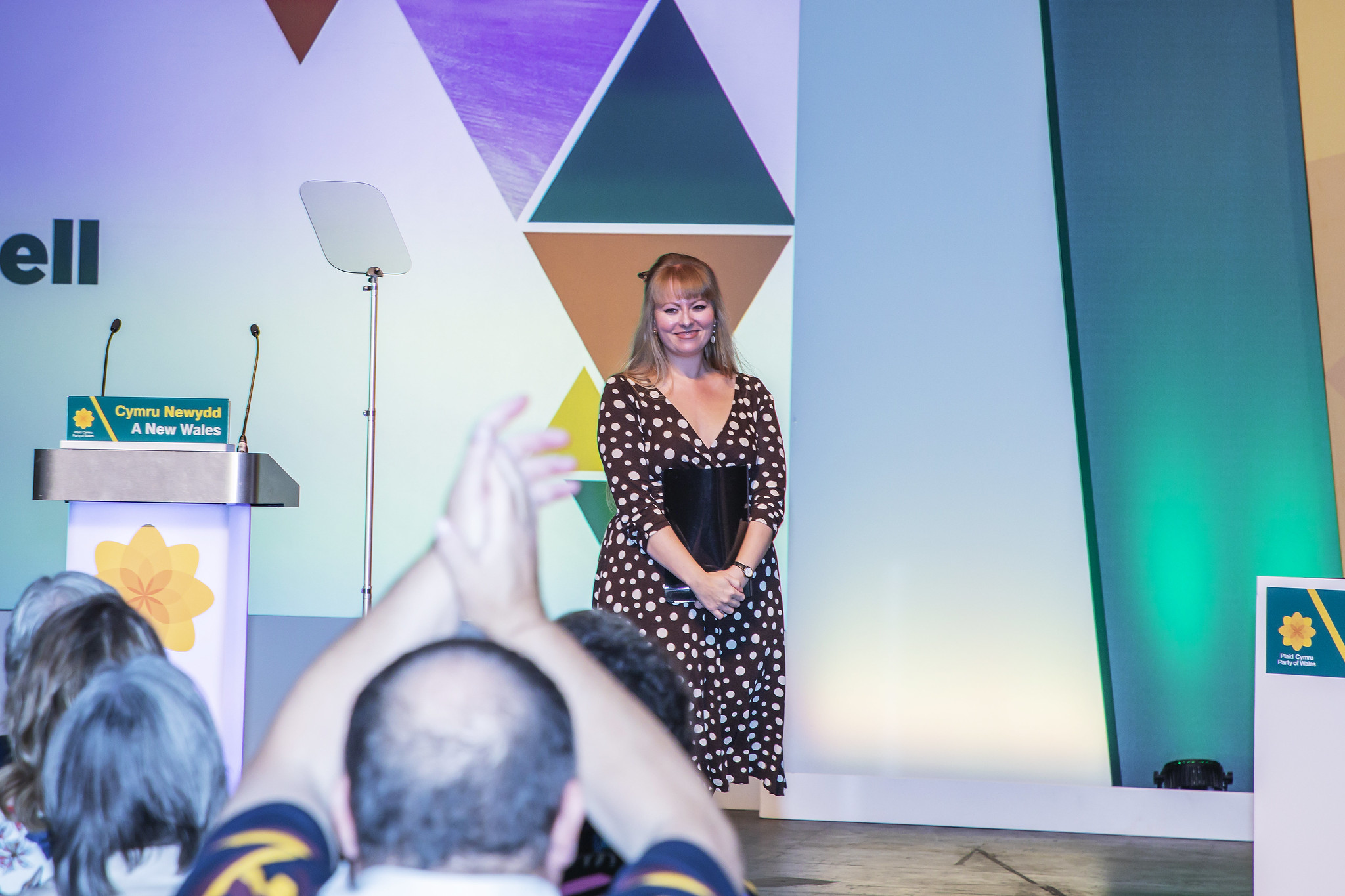 She told delegates at the annual conference that a Plaid Cymru government would seek to introduce measures so that single-use plastics would be effectively banned in Wales by 2026.

“After Plaid Cymru wins the 2021 election, I will work with Environment Minister Llyr Gruffydd on a package of proposals to ensure that Wales will become 100% self-sufficient in renewable energy by 2035, and that within our first term, we will be single-use plastic-free.”

She later confirmed that the plans would involve a phasing out of single-use plastic over the term of a Plaid Cymru government and that the initiative would include consultation with all relevant sectors.

Explaining the plan in more detail, Delyth Jewell AM said:

“What I want to do is engender a cultural shift away from plastic. Wales can lead the way on this.

“We all need to be able to look our grandchildren in the eye and say that we did all we could to end the scourge of plastic-filled oceans and landfills.

“This can be done in such a way as to make financial sense for sectors that currently make heavy use of single-use plastics by introducing measures in a phased way that have the potential to cut production costs, by introducing reusable containers for example.

“Plaid Cymru will be consulting with interested parties about this proposal over the coming months and will publish detailed proposals in our manifesto for the 2021 election.”

Delyth Jewell AM also announced that she would like NHS privatisation to be made constitutionally illegal, an idea first proposed by her predecessor Steffan Lewis.

She also said that she would like the constitution of an independent Wales to bind governments to end child poverty.

Delyth Jewell AM also said that a Plaid Cymru government would apply for Wales to join the Wellbeing Economy Alliance alongside Iceland, New Zealand and Scotland.

“As the first Minister for the Future in the world, in the next Plaid Cymru government, I will work with Finance Minister Rhun ap Iorwerth on setting Wellbeing and Future Budgets, so that the wellbeing of our environment, as well as our citizens and future generations will inform the heart of our spending decisions,” she told the party faithful.

“Wales will join Iceland, New Zealand and Scotland in being a Wellbeing Economy Government. You may have noticed that the acronym for these countries is WINS. And when governments are economically just and environmentally responsible, everybody wins.”