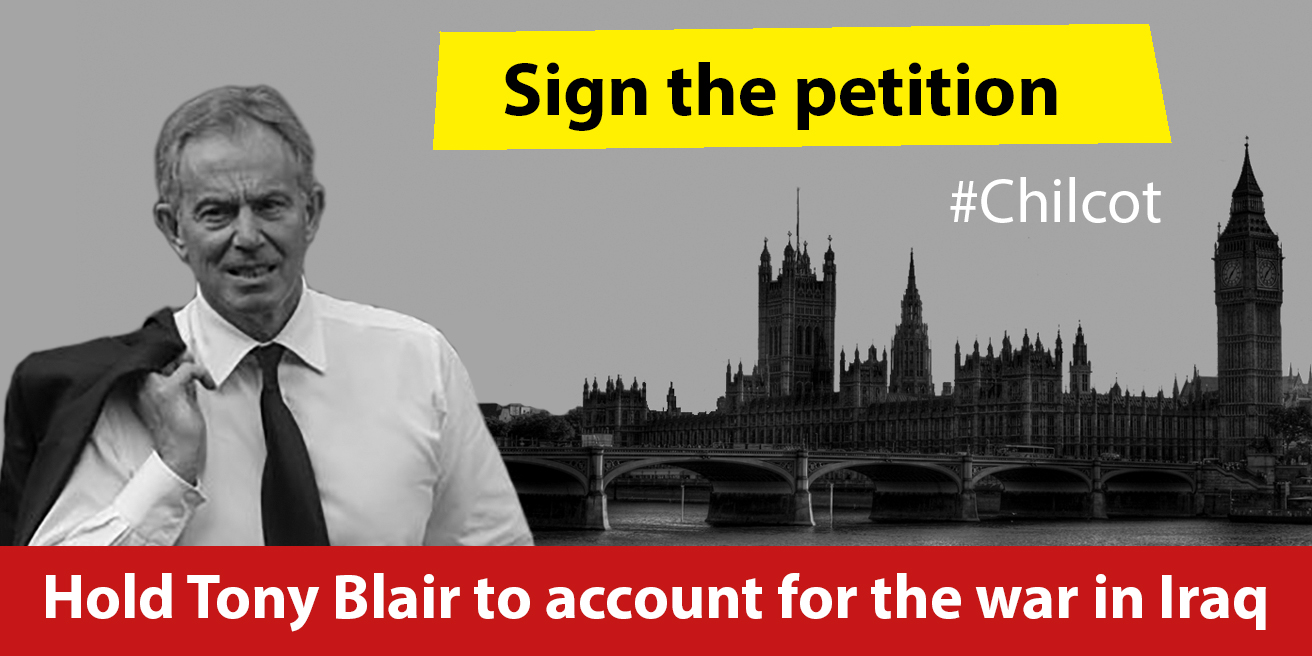 A cross-party Parliamentary petition instigated by Adam Price AM calling for former Prime Minister Tony Blair to be held to account by the House of Commons for the way in which he misled people in the run-up to the Iraq war has reached 10,000 signatories today.

This first milestone requires the UK Government to issue an official reply to the subject of the petition.

The Chilcot Report has presented a range of evidence that demonstrates that Parliament and the country were misled by Tony Blair in the run up to the war in Iraq. Parliament should now agree a process by which it can hold the former Prime Minister to account.

The petition can be found at https://petition.parliament.uk/petitions/159996.

Adam Price AM for Carmarthen East and Dinefwr who spearheaded the original campaign to impeach Tony Blair said:

“I am pleased that this important petition has reached its first parliamentary milestone which requires the UK Government to issue a formal response.

“My hope is that over the coming weeks, the petition will gain further traction and hit the 100,000 target required to hold a Commons debate on the topic.

“I have been working closely with colleagues across all parties in the UK Parliament, all eager to ensure that everything possible is done to hold Tony Blair to account for misleading the House of Commons and the public in the run-up to the disastrous intervention in Iraq.

“As the damning Chilcot report clearly demonstrates, Blair is guilty of a litany of errors and failures. He must face his day of reckoning if justice is to be served to all of those who suffered at his hands.”