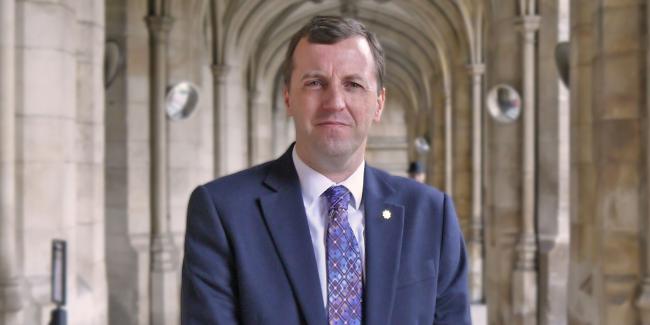 Plaid Cymru has attacked Westminster’s ‘decade of decline’ as wages take another severe blow in the Autumn Statement.

Analysis of the UK Chancellor’s Autumn Statement by the Institute for Fiscal Studies (IFS) shows that by 2021 - thirteen years after the financial crash - wages will be below what they were in 2008.

The figures outlined by the Office for Budget Responsibility (OBR) and revealed by the Chancellor in his Autumn Statement show that expected wage growth over the next five years has been halved, from what was expected just six months ago.

The IFS has called it “dreadful”, adding, “we have certainly not seen a period remotely like [this] in the last 70 years.”

“This is a damning verdict on what Westminster used to call the ‘long-term economic plan.’

“Thirteen years of successive Labour-Tory governments in Westminster following the financial crisis has created a period of wage decline unlike anything we’ve seen since the second world war.

“The reality is that under Westminster rule, people are poorer now than they were in 2008, and will still be poorer in five years’ time - thirteen years after the financial crisis.

“The Chancellor’s Autumn Statement will have sent shivers down the spines of those already struggling. With lower wages and higher inflation over the next five years, people’s living standards are set to take a painful turn for the worse. The cost of everyday essentials - food, bills and fuel for example, are set to rise while wages are going nowhere.

“This is why Plaid Cymru has been repeatedly demanding investment in Wales - austerity is plainly failing. Westminster politicians are seemingly happy to spend £80 billion on HS2 and £32 billion on Crossrail but when it comes to investing in Wales and boosting wages in Wales, there’s no money left.

“Investing just £400 million, split over five years in Wales when there’s £5 billion available for the Palace of Westminster alone is insulting. In fact, the whole of Wales is getting, over five years, what Buckingham Palace is getting to spend on redecoration.

“Westminster rule is failing Wales and it is showing in people’s pockets.

“Plaid Cymru will continue to fight against this reckless Tory government in Westminster and ensure Wales’ voice is heard, and Wales’ national interests are protected.”