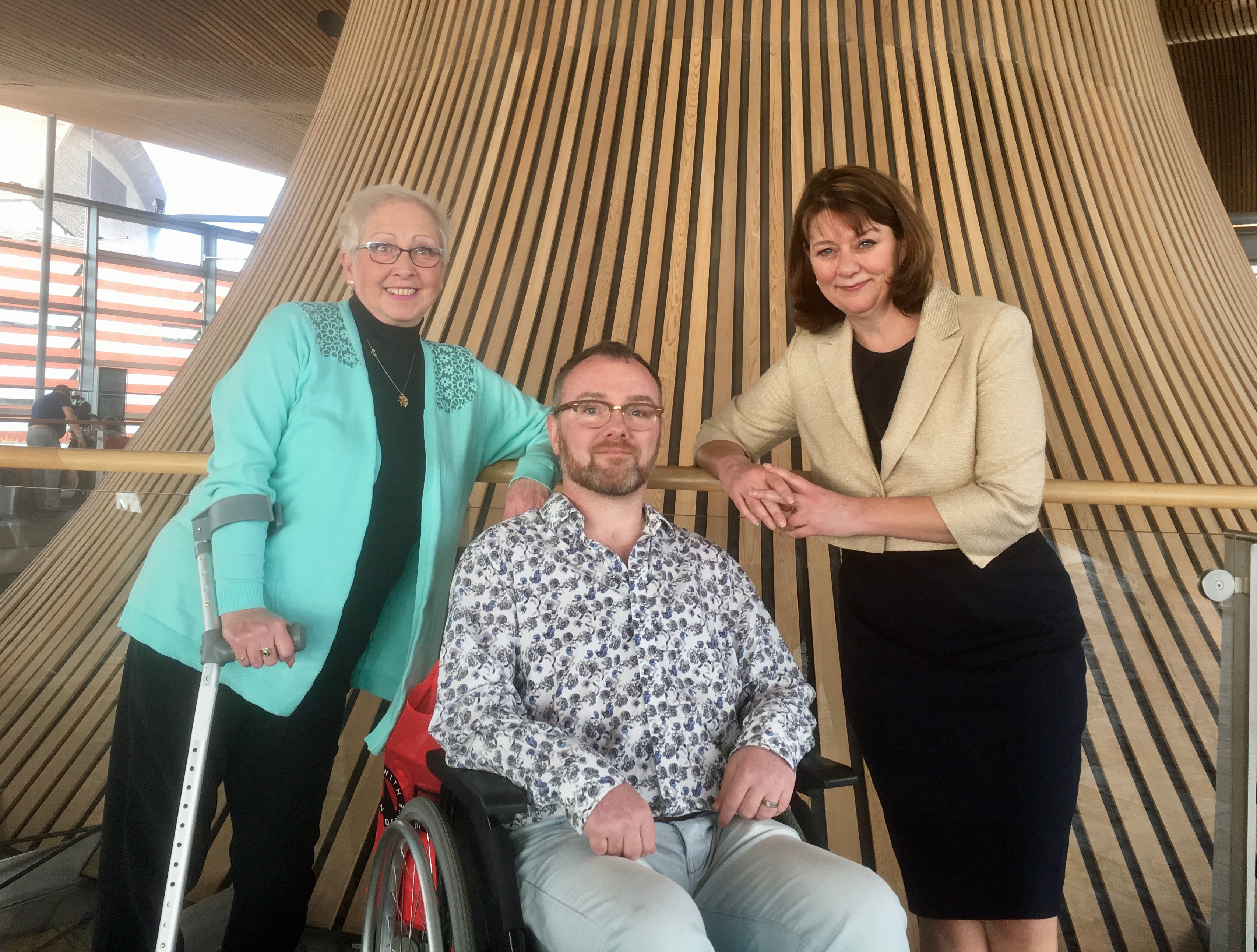 Plaid Cymru Leader Leanne Wood has called upon the Welsh Government to advocate the decriminalisation of cannabis to relieve the symptoms of Multiple Sclerosis (MS) and other conditions.

The Rhondda AM made the call during a plenary session that was attended by members of the public with MS who have set up a group calling for the decriminalisation of cannabis.
The questions from the Plaid Cymru Leader come as Ireland is poised to legalise cannabis use for treating specific medical conditions.
During her questions to Jane Hutt AM, deputising for the absent First Minister, Ms Wood said: “We know that Wales will was the first country in the UK to approve Sativex, a cannabis based drug, back in 2014.
“The evidence from patients being prescribed Sativex is consistent and clear. It is effective and reduces pain and spasms.
“But access to the drug is patchy. It isn’t widely available. A survey for the MS Society found that only 1% of people who said they were eligible had access to it.
“And the survey also suggests that the number of people living with MS who take disease modifying therapies appears to be lower than Scotland or England.
“There is a real concern that other new drugs and treatments coming through the system will also be hard to access.
“If you accept that the availability of these drugs is a major obstacle to the qualify life of citizens of Wales, then what resources will the Welsh Government allocate to the infrastructure around MS nursing and neurology, in order to help patients get the support they need?”
She added: “I recently met a 64 year old woman from Cwmbran who has Primary Progressive MS.
“She experiences pain and spasms every day. Her daily drug regime includes morphine, codeine, paracetamol, pregabalin and diazepam.
“Because Sativex isn’t available in her area, this woman has also used cannabis as a replacement. How is it okay to take morphine, but by taking cannabis, she risks prosecution?”
She added: “On 10th February, following a Government-commissioned review, Ireland joined Canada, the Netherlands, Germany and many other countries around the world in recommending that cannabis should be legalised for medicinal use.
“There is also support in Scotland. And we’ve also heard at least one of the Welsh Police and Crime Commissioners recommend that the same thing happens here.
“Will the Welsh Government follow our Irish and Scottish counterparts in advocating the decriminalisation of cannabis to relieve the symptoms of Multiple Sclerosis and other conditions?”