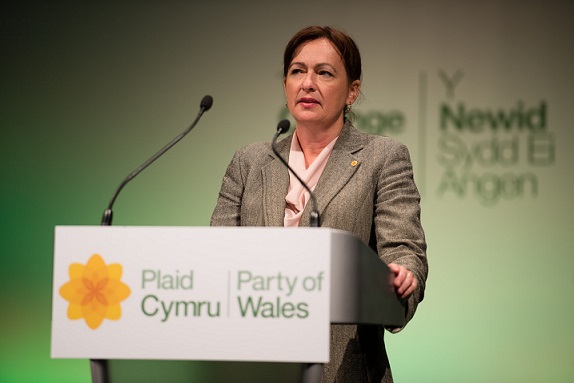 Plaid Cymru has challenged Labour leadership candidate, Owen Smith to prove his so-called ‘devolutionist’ credentials by ‘putting his money where his mouth is’ on the Wales Bill.

The party’s constitution spokesperson, Liz Saville Roberts MP, has criticised Owen Smith for describing himself as a ‘committed devolutionist’ for the purpose of his leadership campaign, while his voting record proves otherwise.

Ms Saville Roberts highlighted Owen Smith’s failure to turn up to a crucial debate on the Wales Bill in July, and his voting record, having consistently abstained or voted against further devolution to Wales.

“Owen Smith describing himself as a ‘committed devolutionist’ is a perfect illustration of his cynical hypocrisy that has allowed him to call himself ‘anti-austerity’ after voting for the Tory Austerity Charter, and a champion of the campaign against welfare cuts, after abstaining on the Tories’s Welfare Bill.

“He has been one of the most vocal opponents of devolution since his arrival in Parliament and has consistently either abstained or teamed up with the Tories to vote against further devolution to Wales.

"For him to now try to portray himself as a ‘committed devolutionist’, solely to further his own career within the Labour Party, is farcical.

“In the very last vote on devolution in July, he abstained on devolving responsibility over policing and water to Wales - two areas recommended for devolution by the cross-party Silk Commission.

"At that time, Owen Smith considered it better to allow the Tories in Westminster to control Wales’ water than hand that responsibility to his own party in the Welsh Government. Quite what has changed so drastically since July to make him a ‘committed devolutionist’, I don’t know.

“However, if he has shifted his politics overnight, I’d be more than happy to welcome it. Parliament will have one last chance to amend the Wales Bill in September and Plaid Cymru will be doing everything it can to empower the people of Wales and give the Welsh Government the tools with which to grow the economy, protect the NHS and rebuild our education sector.

"Owen Smith must prove his new ‘devolutionist’ credentials and put his money where his mouth is.

“I look forward to seeing him in the voting lobbies alongside Plaid Cymru, but I suspect, I’ll be waiting for a long time.”