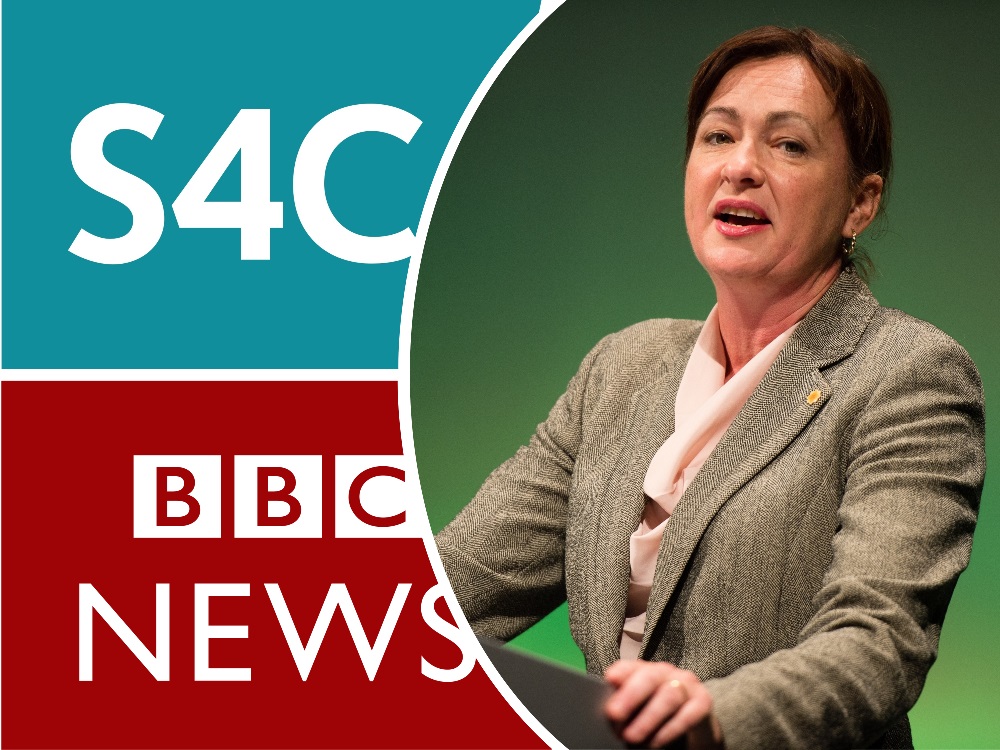 Welsh citizens are being denied a fundamental component of democracy, Plaid Cymru has claimed, calling for responsibility over broadcasting to be devolved to Wales.

Plaid Cymru’s Westminster group leader, Liz Saville Roberts MP has said that with Westminster in charge of broadcasting in Wales, citizens are being left without access to essential information about their democratic institutions and the decisions being made on their behalf.

The call comes as student and farmer, Elfed Wyn Jones, 20, begins a week-long hunger strike to push for responsibility over broadcasting in Wales to be transferred to Wales.

Broadcasting in Wales, in both English and Welsh, is currently controlled from Westminster.

A poll commissioned by the BBC in 2014 found that fewer than half of people in Wales know that the Welsh Government, rather than the Westminster Government, is responsible for running the National Health Service in Wales, with a 31% believing Westminster was in charge of Welsh schools.

A YouGov poll in 2017 found that only 27% of Welsh people believe Westminster should be in charge of broadcasting in Wales.

“Welsh citizens are being denied access to essential information about their democratic institutions and about the decisions being made on their behalf, and are therefore ill-equipped to hold their government and representatives to account for their actions.

“With broadcasting policy and funding all decided in Westminster, Welsh citizens are forced to watch domestic news that is almost solely focussed on the domestic affairs of another country, and denied the public service for which they are paying.

“Viewers of news bulletins are informed of crises in the English NHS, or major policy decisions relating to schools in England, but are kept in the dark about what their own government in Wales is doing to address the problems in our own schools and hospitals.

“Our citizens would be forgiven for attributing blame for the state of Welsh public services to a Government Minister in England who has no responsibility for services in Wales, while those in charge in Wales escape scrutiny.

“Welsh viewers who enjoy watching panel debate programmes such as the BBC’s Question Time are too often forced to watch debates on very important and emotive issues that have zero relevance to them as devolved fields.

“Even when programmes are broadcast from Wales, audience members are told that they cannot ask questions on devolved areas of policy – that is, those matters that are of most significance to the people of Wales - because they will not be relevant to the majority English audience.

“It’s time broadcasting policy reflected the multi-national nature of the UK state and for responsibility to be transferred to the Welsh Government.”