Dafydd Wigley: Let's recall what the EU has achieved - before it's too late 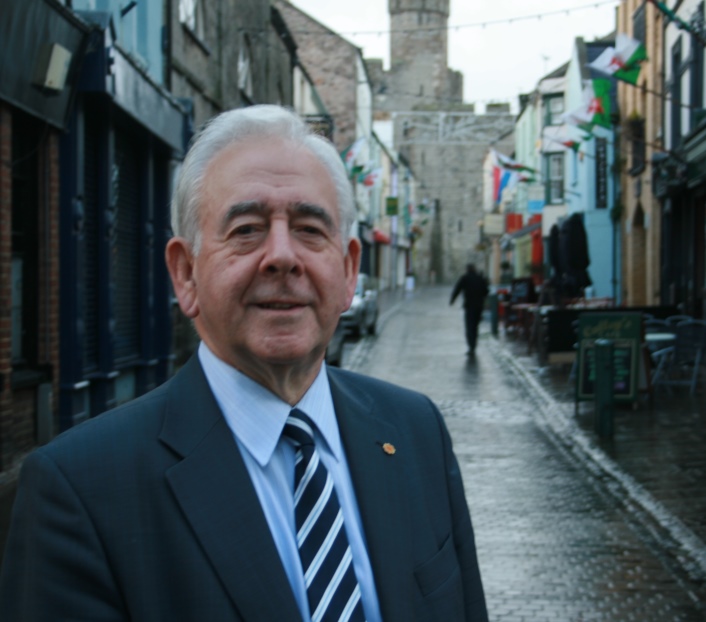 We all take things for granted. And this is real danger in the context of the European Union referendum.

To appreciate what the EU has achieved, we should step back to mid 20th century Britain, before we joined the “Common Market”.

I recall a student jazz group going on tour across Europe. They needed separate entry permits for each instrument, to cross the border into every country they visited. They each had to getwork permits in advance.

That wouldn’t happen today – not within the EU. But enter America or other countries that don’t have freedom to travel, work and trade – and it’s another matter.

I saw such problems last year with regard to Argentina. Elinor had collected donations from generous friends, to buy harps for Patagonian schools.

There was a splendid response. In addition to Welsh-made Celtic harps, two were alsoprovided at favourable cost, by Camac, from Nantes, France, who generously sponsoredCaernarfon’s World Harp Festival.

They covered the shipping costs to Buenos Aires – but said pointedly that we ourselvesshould deal with Argentine’s customs authorities.

Experience taught Camac how difficult it was to export to Argentina, with its protectionist tariff barriers.

A staggering eight months later, after intervention by friends in Argentine’s LondonEmbassy, we got those two harps through customs and to Patagonia’s schools.

If this sort of hurdle faces those sending gifts, how much harder for those wanting to sell goods or make investments?

That’s why I called, in the Lords on Monday, for Britain’s Government to use this historic opportunity to improve relations – including trade links – between our countries.

I first went abroad in 1962 - on holiday to Spain, with two fellow students. We had to leave the train, to get checked through border control , before entering Spain.

Today, we enter other EU countries quickly, through blue-flagged routes, bypassing long queues of “Non-EU citizens”. Will we relish being treated as “aliens” in future?

Sometimes we forget how the EU facilitated Franco’s Spain, and Salazar’s Portugal, movefrom dictatorship to democracy.

In Barcelona we heard people speak Catalan; but saw few signs of it in public. Only when Spain accepted pluralist democracy – fundamental to the EU - that Catalan got greaterrecognition.

The EU principle of subsidiarity – much discussed at Bangor Business School’s EU meeting on Tuesday - means taking decisions close to the communities they affect. Mr Cameron has rightly pressed for greater emphasis on this by Brussels in future.

Like with many things, may-be we won’t really appreciate having them, until we’ve lost them. I only hope that this won’t be the case three weeks today.

Because, like stepping blindfold off a diving-board, we may not really know what is about to hit us ….until it does. And by then, it is too late.