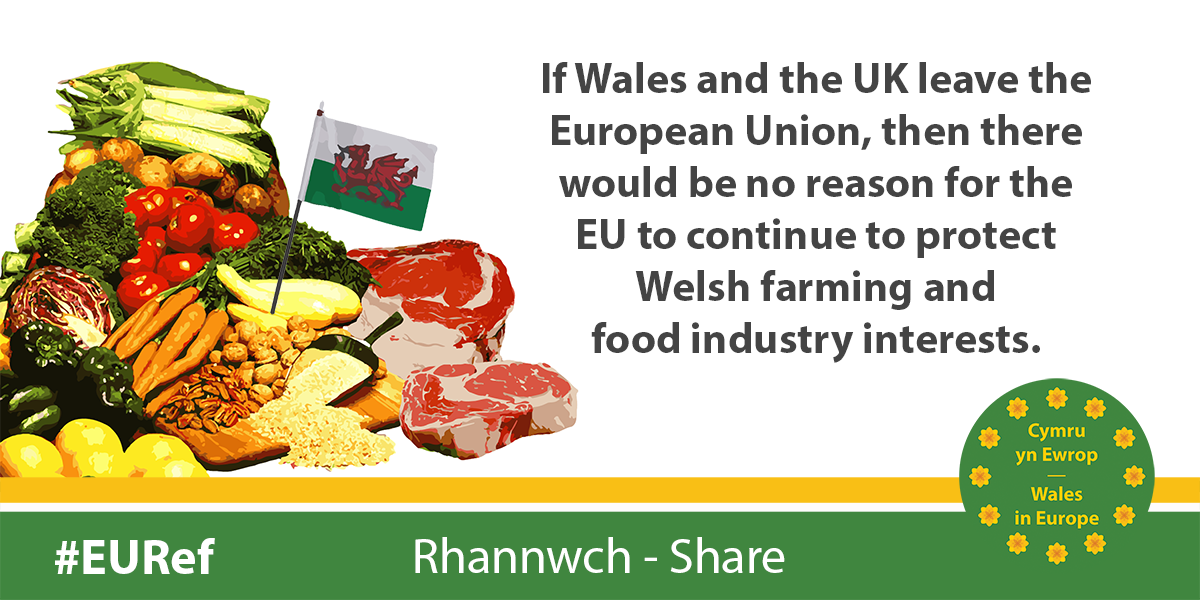 Plaid Cymru Shadow Minister for Rural Affairs, Simon Thomas AM has expressed concern that Welsh food produce could lose its protected name status from the European Union if the UK votes to Leave the EU in the referendum.

At the moment, a number of Welsh foods, such as Welsh lamb or Halen Mon (Anglesey Sea-Salt), have European quality marks and are given the status of Protected Designation of Origin (PDO) or Protected Geographical Indicator (PGI), which means that they can only be produced in the named location. This prevents cheaper and lower quality foods being made elsewhere and marketed in the same way.

If Wales and the UK leave the European Union, then there would be no reason for the EU to continue to protect Welsh farming and food industry interests.

“We know that Wales benefits by £245m from being members of the European Union, with around £2bn of funds coming directly into the Welsh farming and food industries through the Common Agricultural Policy.

“In addition to this, one of the benefits of European Union membership is the protected status of specialist Welsh foods.

“These special designations mean that Welsh lamb or Halen Mon can only be made here in Wales, and our producers don’t have to compete with cheap imitations.

“Keeping these special designations for Welsh foods is something that Plaid Cymru has fought for in international trade treaties, and one of the reasons that we have been concerned about the so-called trade deal with the United States who want to reduce food hygiene and quality standards.

“It makes no sense that Welsh farmers or the Welsh public would give up these advantages and that is why Plaid Cymru believes we should vote to Remain in the European Union.“