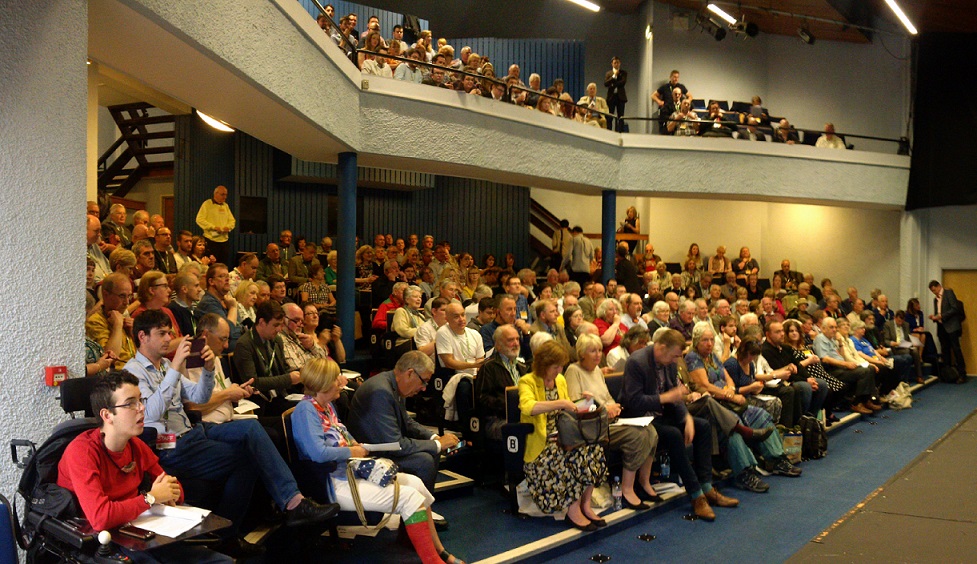 Delegates attending Plaid Cymru's Special Conference in Carmarthen today have overwhelmingly supported a motion to reaffirm the party's commitment to an independent Wales in Europe.

Around 300 members gathered to debate a wide-ranging motion examining the implications of the vote to leave the European Union for the Welsh constitution, economy, the nation's young people, agricultural sector and workers' rights.

"Today, we had an open and robust debate which resulted in delegates voting overwhelmingly to reaffirm the party's commitment to an independent Wales in Europe.

"The underlying principle of the motion which passed was that decisions on the future of Wales should be made by people here in Wales.

"The motion also explored the implications of Brexit for Wales's constitution, our public finances, young people, the agricultural sector and workers' rights.

"It is clear from the resilience Plaid Cymru has shown since the vote to leave the EU that we are the only party in Wales with a plan to secure our country's future.

"The tectonic plates of UK politics are shifting and we are on an evolutionary path to self-government. It is likely that the UK will cease to exist in a few years' time and we must not become the silent partner in an "England and Wales" entity.

"As today's Conference showed, while the Westminster parties are engulfed by chaos, Plaid Cymru is focused and determined to put the case for an united Wales in which everyone can reach their potential, regardless of which way they voted on EU membership.

"We must speak for a 100% of Wales and heal the divisions that have been thrown up by this referendum."