'Vote Wales in May, vote Europe in June' - Leanne Wood 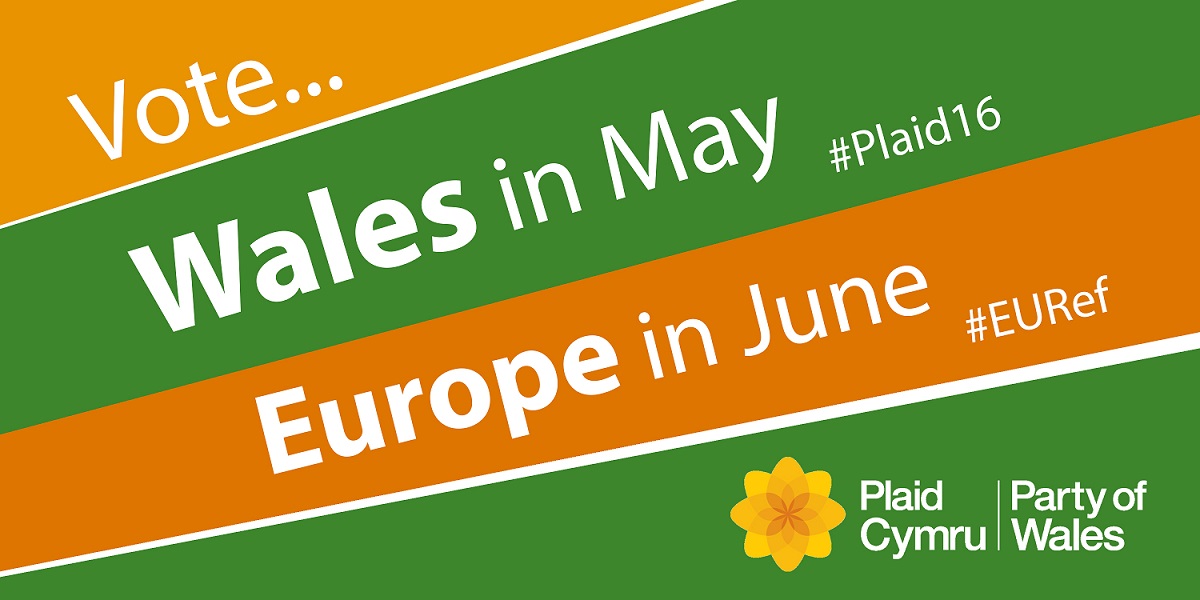 Plaid Cymru leader Leanne Wood has called on people in Wales to vote for Wales in May’s Welsh Assembly elections and on Europe in the EU referendum in June.

Marking 100 days before the EU referendum, Leanne Wood said that Welsh people face tough choices but that both votes are a referenda on how Wales should be run.

Voting in June would be a matter for individuals, the Plaid Cymru leader said. May’s Assembly election will be a referendum on Welsh public services, including our National Health Service, our education system and the management of the Welsh economy.

“The next one hundred days will shape Wales’s future. The government that we elect on May 5th and the decision as to whether Wales is part of the European Union will have a major impact upon us as a country.

“It is important to separate those two elections – the election in May is about who best runs Wales and the referendum in June about Europe.

"Vote for Wales in May, and Europe in June.

“Like all parties, Plaid Cymru has supporters who are in favour of staying in and leaving the European Union, but our first challenge has to be to replace this failing Welsh Government with one with ambition and drive to improve people's futures.

“Whatever people's views on Europe, in the Welsh election in May I urge people to focus on how we can save and strengthen our Welsh NHS, how we can ensure a well-educated Wales and a wealthier Wales.

“Those will be the Party of Wales's priorities in the run up to May’s elections, 51 days from now. Whatever happens in the European referendum, people in Wales know that Plaid Cymru will offer the change Wales needs.”