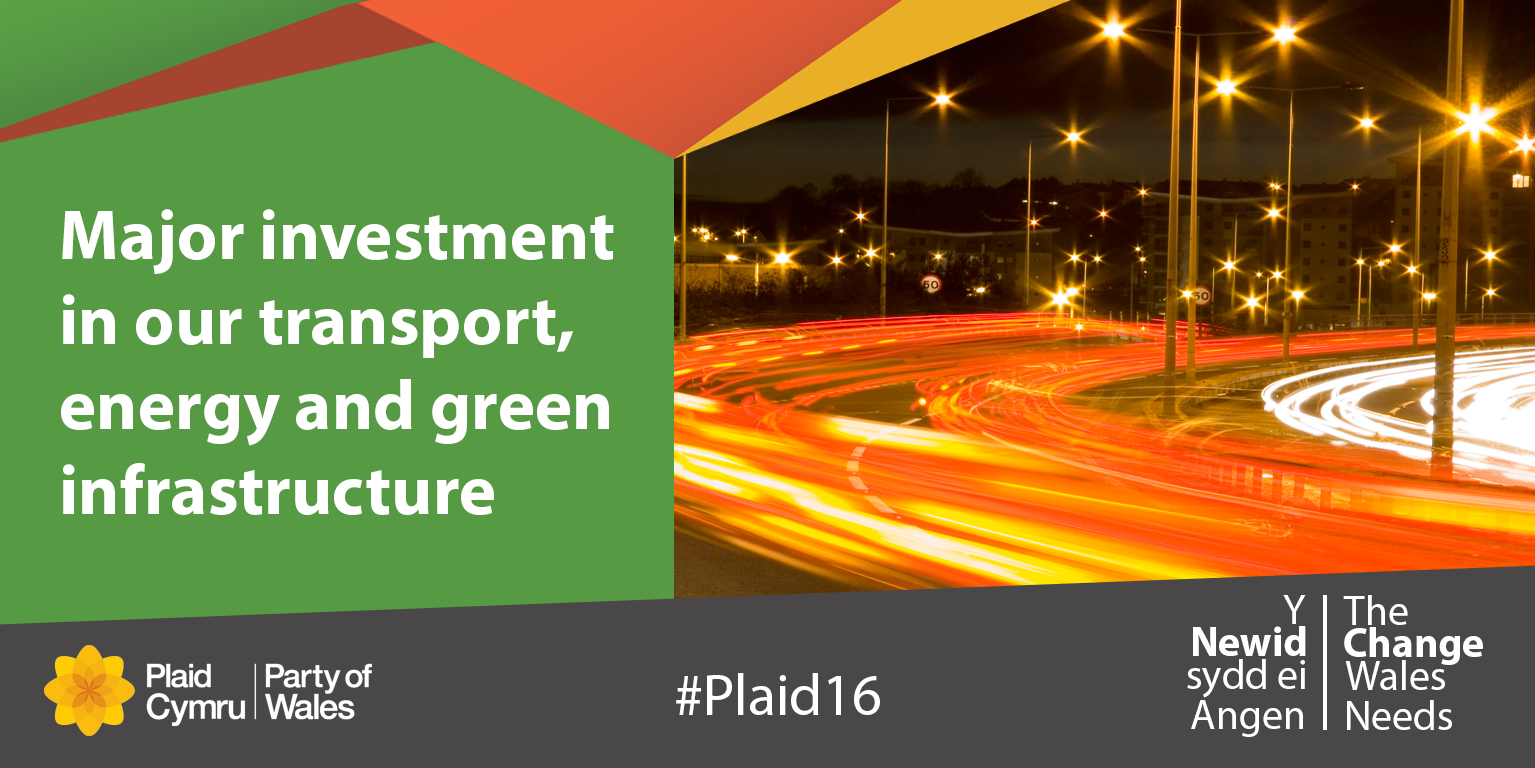 Plaid Cymru Leader Leanne Wood has responded to the Chancellor's Budget by saying that Wales needs its own National Infrastructure Commission in order to boost the Welsh economy.

Leanne Wood said that the UK Government had focused too much infrastructure investment in England while denying Wales a full and fair share of funding from this expenditure.

She added that a Plaid Cymru government would establish a National Infrastructure Commission for Wales to deliver the largest infrastructure investment project since devolution, and challenge the UK government to ensure that Wales gets more than just crumbs from the Westminster table.

"While some parts of the UK see major infrastructure investment, Wales is asked to settle for crumbs from the Westminster table.

"Wales needs its own National Infrastructure Commission to create jobs and grow the economy - something a Plaid Cymru government would deliver. By investing in transport routes, schools and hospitals throughout the country, we can ensure that Wales's key infrastructure and institutions are fit for the twenty-first century.

"While Westminster is happy to fund HS2, HS3 and two Crossrail projects as well as new transport links across the whole of England, Wales misses out on millions that should be spent on transforming our own transport networks.

"Increasing infrastructure spending by 1% of GDP would be a £20 billion-a-year boost to the UK economy and £1 billion of that for Wales. Both the IMF and the CBI have shown that infrastructure investment secures a net gain for the Treasury - £3 return for every £1 spent.

"With so many crucial economic levers reserved to Westminster, we in Wales are forced to rely on London to grow our economy and today's Budget shows exactly why that cannot continue.

"For too long, Labour have allowed the Tories in London to run down the Welsh economy. In government, Plaid Cymru will seek an urgent Budget Summit with the UK Chancellor in the first 100 days of the new assembly in order to secure a fair financial settlement for Wales.

"With ambitious plans to build the Welsh economic engine and demand a better deal from Westminster, Plaid Cymru offers the change Wales needs in May."