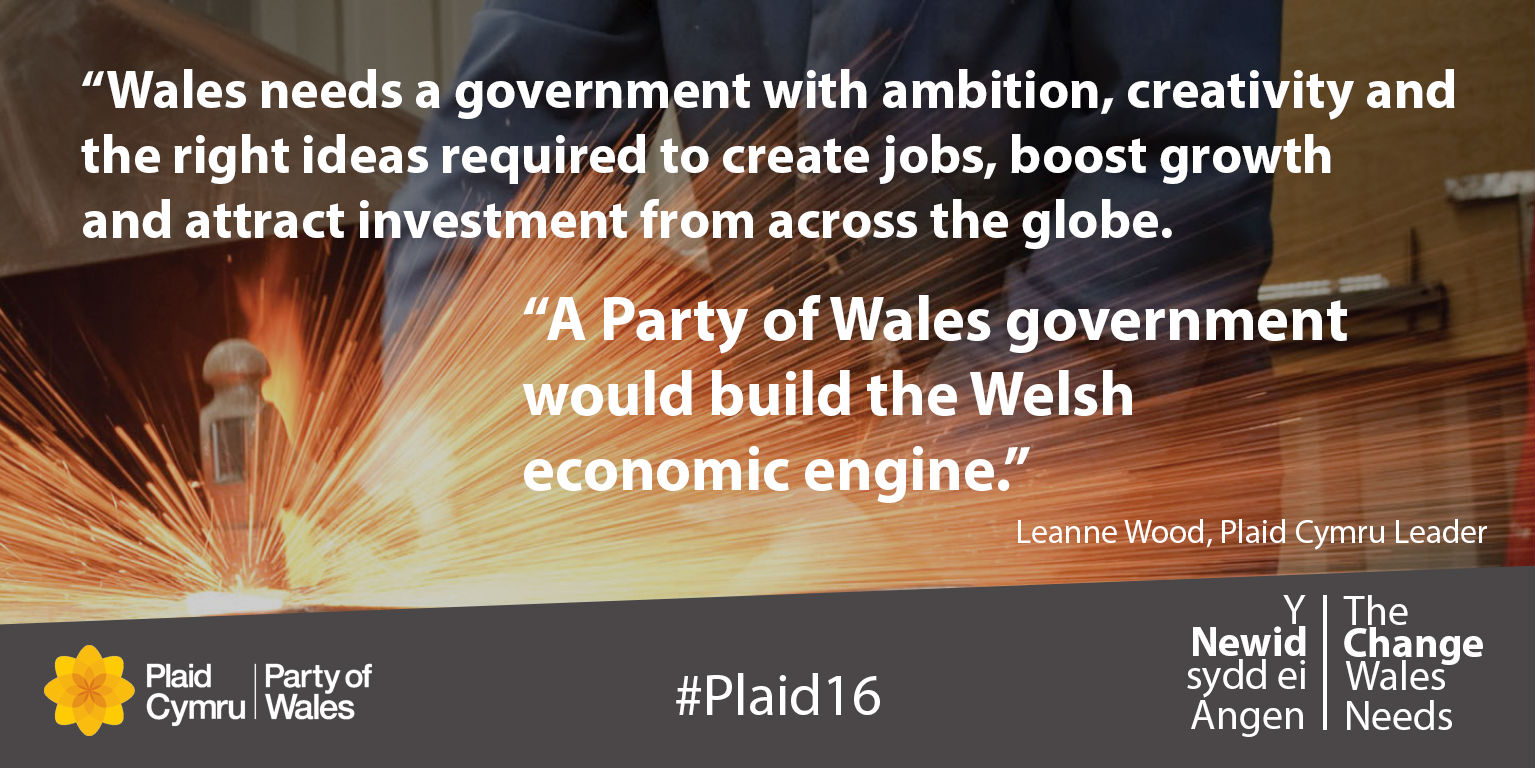 Plaid Cymru Leader Leanne Wood will be in London today to make the case for a new government for Wales and a package of proposals that would "build the Welsh economic engine" by creating jobs and boosting growth.

Speaking ahead of the UK Budget announcement, Leanne Wood said that the Chancellor's missed targets on borrowing, debt and the deficit showed that the Tory austerity experiment had failed.

She added that the Labour Welsh Government had subjected Wales to nearly two decades of economic stagnation and that Plaid Cymru's proposals to cut business rates, raise procurement levels and launch an unprecedented nation infrastructure plan would reverse this decline.

"The Welsh economy faces a double hit from a Tory UK government intent on more cuts to public services, and a Labour Welsh government too weak to stop them.

"Wales needs a government with ambition, creativity and the right ideas required to create jobs, boost growth and attract investment from across the globe.

"We would also establish a WDA (Wales Development Agency) for the 21st century to attract investment and rebuild Wales's global brand as an attractive place to do business.

"The Chancellor's missed targets on borrowing, debt and the deficit show that the Tories' austerity experiment has failed.

"The pain endured by people as a result of cuts passed down from Westminster is compounded by the Labour Welsh government's refusal to fight for a fair deal for our country.

"A Plaid Cymru government would force Wales's economic interests onto the Westminster agenda, building a strong and resilient economy which benefits everyone who lives here."