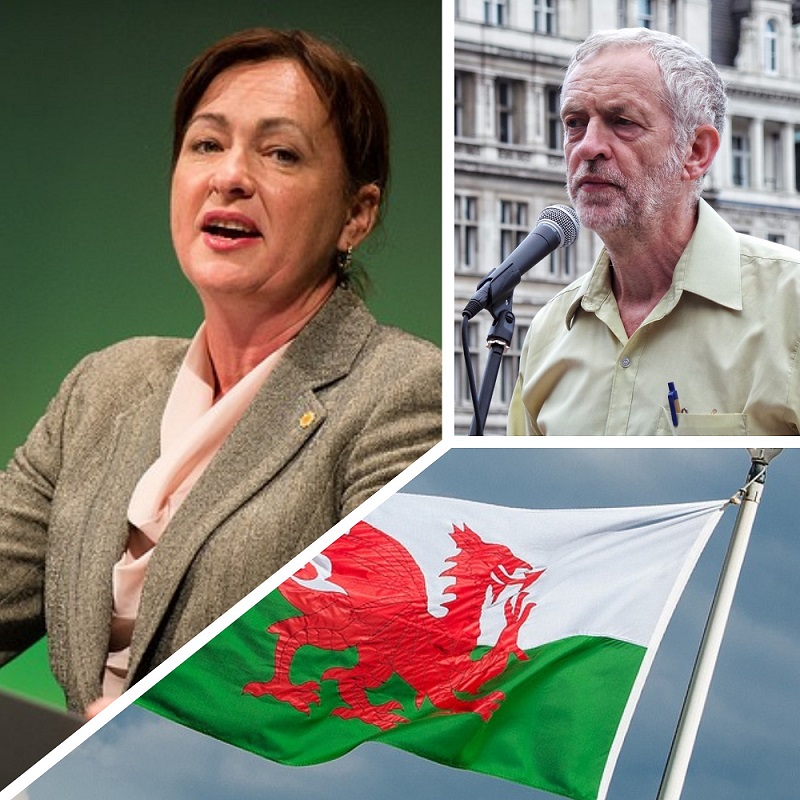 Plaid Cymru's Westminster Group Leader, Liz Saville Roberts MP has today invited Labour Leader Jeremy Corbyn to take part in a public debate on the future relationship between Wales and the EU during his visit to Bangor in north Wales on Saturday (19th August).

Liz Saville Roberts MP pointed to Labour's "glaring inconsistencies" on the defining issues of Brexit debate such as membership of the customs union and single market, free movement of labour, and the future of Welsh industry.

The Plaid Cymru Westminster Group Leader added that a public debate offered the Labour Leader the opportunity to set the record straight on these matters and to reassure those people who voted for Labour in good faith at the snap election, believing that the party was committed to fighting a hard Tory Brexit.

"Jeremy Corbyn's visit to north Wales presents an opportunity for him to set the record straight regarding Labour's true stance on Brexit.

"At the snap election in June, many people voted for Labour in good faith believing that the party would do its utmost to oppose a hard Tory Brexit that would jeopardise jobs and weaken the UK's ties with the rest of the world.

"However, the past few months have exposed glaring inconsistencies within Labour on defining issues such as membership of the customs union and single market, and free movement of labour.

"Most worryingly, Jeremy Corbyn himself said last month that a Labour government would take Britain out of the single market - something that could jeopardise the 200,000 Welsh jobs linked to this trading bloc. Workers in Wales, and elsewhere in the UK, need certainty.

"That is why I am inviting Jeremy Corbyn to take part in a public debate with me on the UK's future relationship with the European Union during his visit to Bangor on Saturday.

"Plaid Cymru has been clear and consistent in its view that we must maintain single market membership and that Welsh jobs and trade must not be endangered by Brexit.

"If Jeremy Corbyn agrees then I'm sure he will not hesitate to seize this chance to reiterate his views during his time in north Wales and to reassure the majority of people in Gwynedd and the 66% of those in Arfon who voted to Remain in the EU.

"I look forward to Jeremy Corbyn's response and hope he will accept my invitation in the spirit of open and democratic debate."