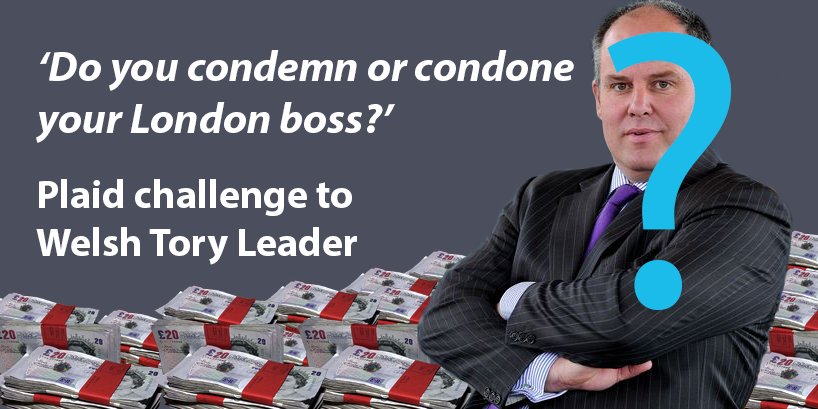 Plaid Cymru Treasury spokesperson Jonathan Edwards MP has today put pressure on the leader of the Conservative Assembly Group to clarify his view on the Prime Minister's tax affairs as the scandal threatens to derail the party's Assembly election campaign.

Jonathan Edwards MP said the Prime Minister's "grossly immoral" behaviour made a mockery of the Tory claim that "we are all in it together" and laid bare the lie that austerity is a necessity.

"The Panama Papers revelation raises serious questions for the Tory party in all corners of the UK.

"The fact that the Tory Prime Minister is at the heart of a tax evasion scandal threatens to derail the Conservatives' Assembly election campaign here in Wales.

"The leader of the Conservative Assembly Group must now confirm whether or not the Prime Minister has his full confidence.

"People in Wales have a right to know whether the man who claims he wants to be the next First Minister condemns or condones such grossly immoral behaviour by David Cameron.

"The whole justification for Tory austerity has been that we're supposedly all in it together. This lie has now been laid bare and the Prime Minister's actions prove that his government's cuts are driven by their obsession with shrinking the role of the state.

"Andrew RT Davies must now answer the question without delay - does the branch manager agree with his London boss or not?".