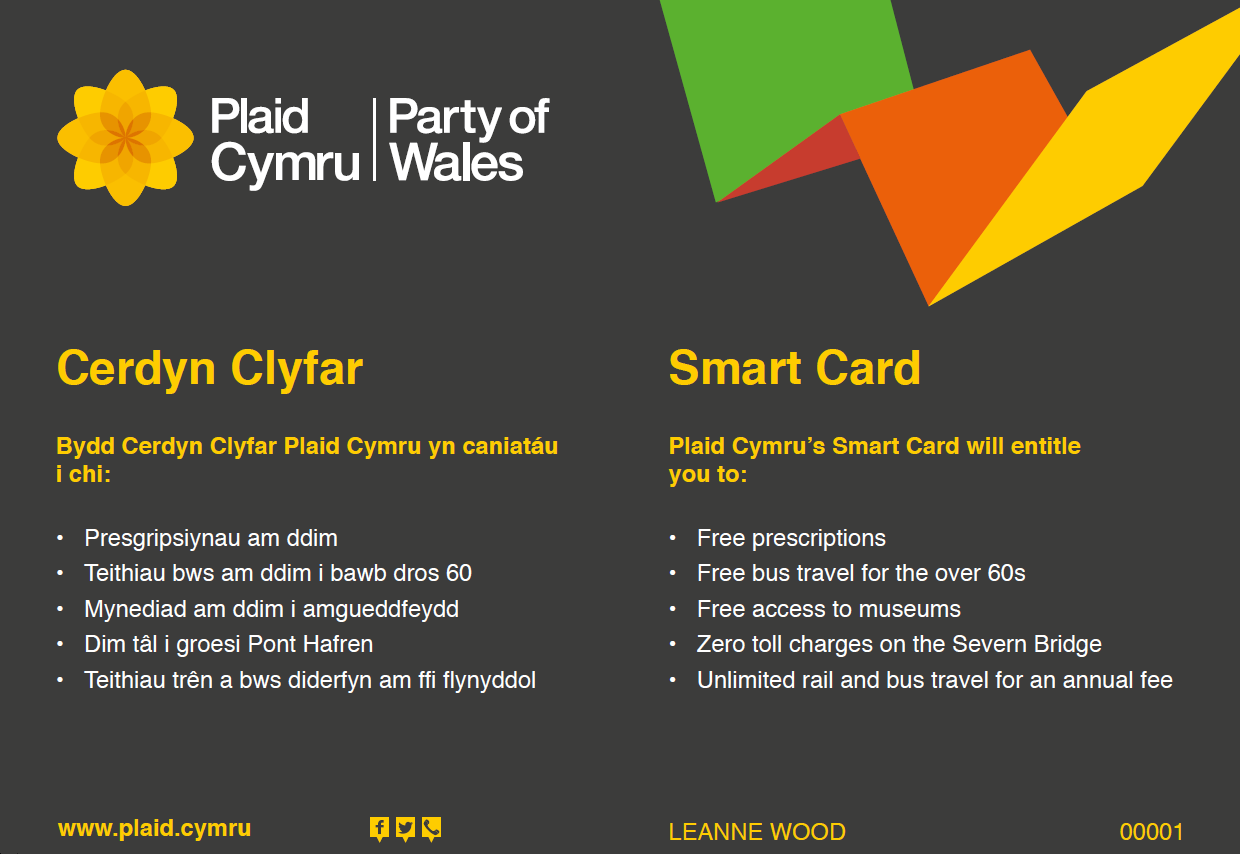 Plaid Cymru will establish Smart Card system in order to give those who live in Wales access to their universal entitlements.

Through the system, people will be able to access entitlements including free prescriptions, free bus travel for the over 60s, and free access to museums. Plaid Cymru will seek to expand this list of entitlements when Wales has the power to do so, including offering citizens zero toll charges on the Severn Bridge, and unlimited rail and bus travel, for an annual fee.

Launching the policy today, Simon Thomas said that the cards would symbolise a new relationship between Welsh Government and the citizens it serves.

“Plaid Cymru will establish a new way of working across government, and between government and citizen, delivering effectively for the people of Wales.

“If elected in May, Plaid Cymru will create a Smart Card for everyone who lives in Wales, which will become the main system of delivering universal entitlements.

“Plaid Cymru’s Smart Card will entitle users to free prescriptions, free bus travel for the over 60s, free access to museums and many other entitlements.

“And as the Assembly gains powers over other aspects such as the Severn Bridge tolls, we will scrap charges for card carriers.

“Plaid Cymru will establish a new relationship between Welsh Government and the people of Wales, and our Smart Card is a symbol of that.”

“It’s time for a government with a focus on what it can deliver for the people of Wales and Plaid Cymru is the change Wales needs.”