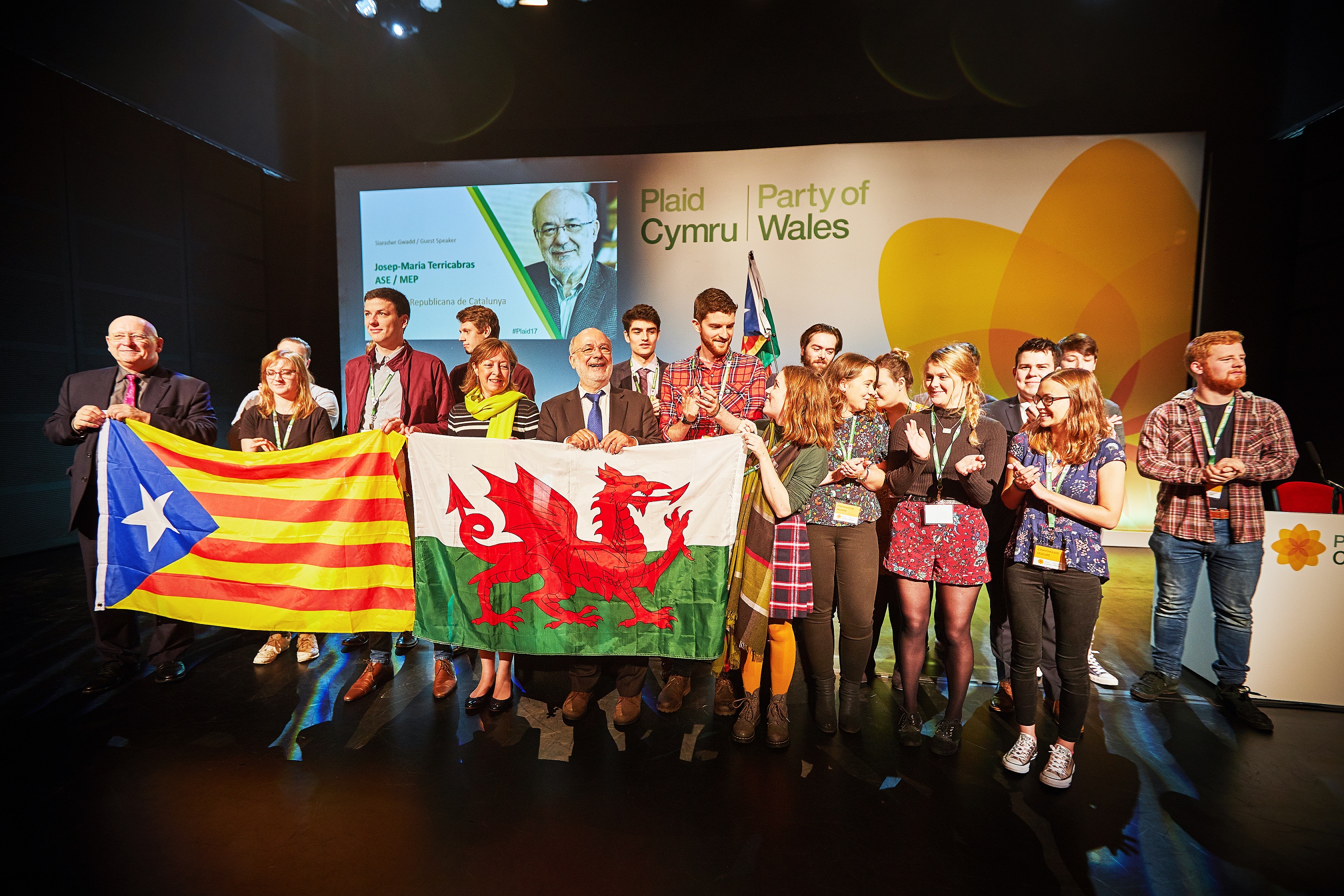 Plaid Cymru Leader Leanne Wood and the party's MP Hywel Williams who chairs the All-Party Parliamentary Group on Catalonia have congratulated people in Catalunya for having their say and gaining independence through "peaceful and democratic means".

Leanne Wood said that the Catalans should be applauded for exercising their democratic right at the ballot box while rejecting violence, adding that Plaid Cymru would be pushing for a vote in the National Assembly for Wales to recognise the Catalan Republic.

"I congratulate the Catalan people on gaining their independence through peaceful and democratic means.

"The Catalan people have insisted on a democratic route to achieving independence through the ballot box. They are to be commended for continuing to reject violence even though they have faced brutality from the Spanish State.

"Plaid Cymru will be calling for the National Assembly for Wales to recognise the Catalan Republic as an independent country."

"Today marks a historic moment for the Catalan people.

"The European Union must now uphold its founding principles of liberty, democracy and civil liberties, and stand with the people of Catalonia as European citizens."