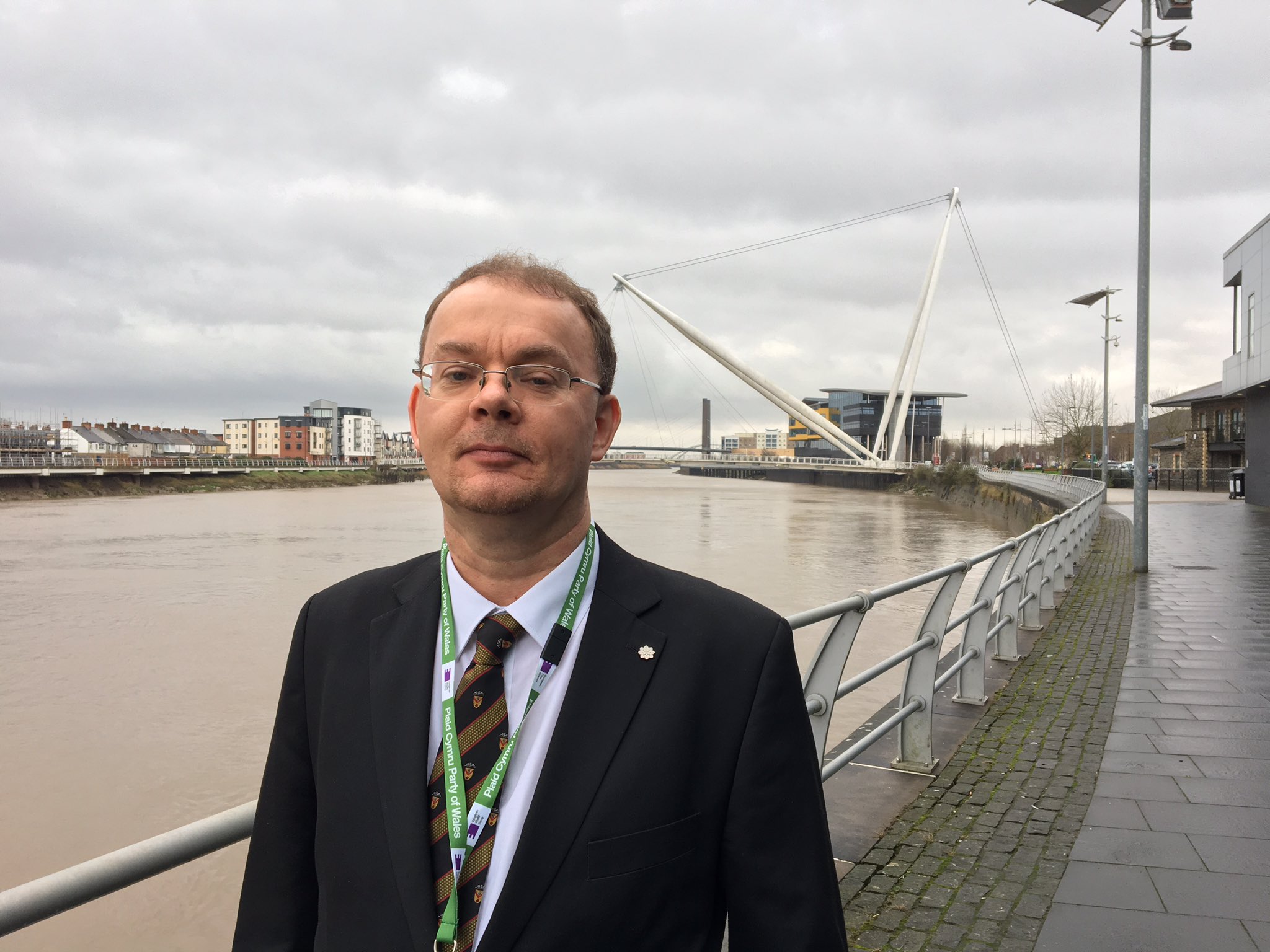 We need to make Politics work again – that was the call from Newport City Council candidate, Jonathan T Clark at Plaid Cymru’s spring conference in the city.

Jonathan Clark, who is standing for Plaid Cymru in the city’s Allt-yr-yn Ward, pledged that he, and Plaid Cymru councillors across Wales, will work to make people’s day-to-day life better in their communities. He highlighted the concerns of local communities over the loss of green areas, lack of jobs and chronic underinvestment in housing and infrastructure.

“At a local and at a national level we need to make politics work again.

“Our communities face similar problems, the loss of green space, over development, a shortage of affordable housing and a lack of sustainable long-term development to create and sustain jobs”

“Here in Newport we have a self-serving ruling clique that locally mirrors the Labour Welsh government’s indifference to our national and local interests”.

With key council elections only weeks away he called on greater investment in local communities to provide for better opportunities across Wales:

“In essence we want to reconstruct our nation, and we look forward to living in a prosperous outward looking nation, one that had much to offer the world.

“We do not wish to live in some nostalgia drenched fantasy island.”

The Plaid Cymru candidate mentioned the range of problems and challenges facing local communities and local businesses in in the area.

“The Severn Bridge tolls remains a tax on jobs, on businesses and long suffering commuters. A failure to invest in sensible infrastructure, stalling over the metro, and -at times- dreadful rolling stock used by ArrivaTrainsWales means that the M4 periodically becomes the longest linear car park in Western Europe.

“Much of the proposed housing in various phases of Unitary Development Plans is focused on dealing with the consequences of a projected shortfall in housing in Bristol - which, no offence intended, is and should not be our problem.

“Over the last thirty years the commercial hearts of many of our communities have been seriously damaged due to aggressive policies pursued by retail chains and exceptionally poor decision making on the part of local and national governments.”

Joathan Clark finished with a clear message to Plaid activists at their conference: