I'm Carmen. I'm from Anglesey. I'm standing in the European Elections for Plaid - and I have something to say 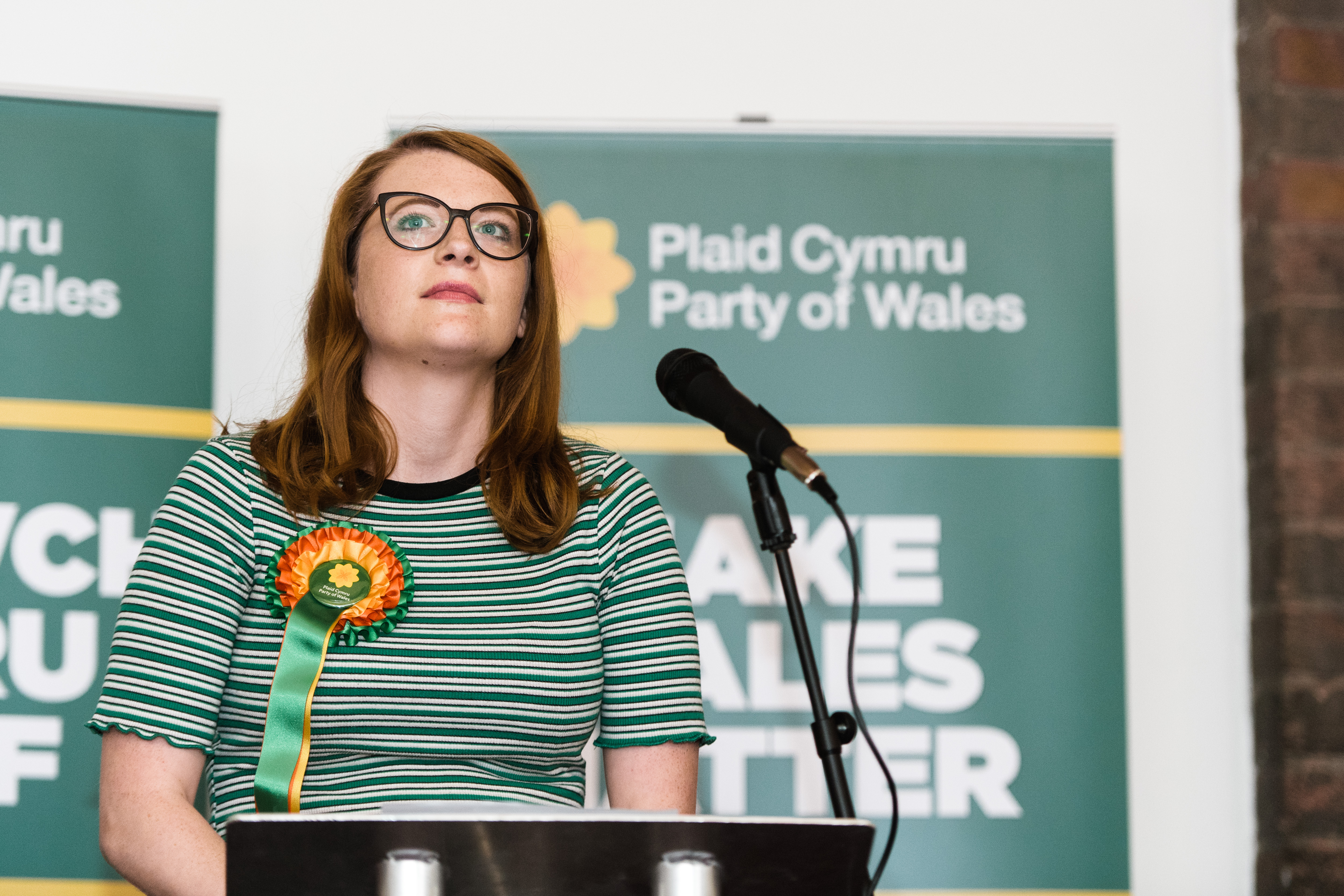 I’m Carmen Smith. I’m from the isle of Anglesey. I’m 23 years old and I’m standing in the European Elections for Plaid Cymru.

I’m angry because for three years, we’ve had to watch as Labour and the Tories fight amongst themselves over which version of Brexit they prefer, whilst our communities are forgotten and neglected.

I’m angry because this Brexit chaos and the outdated politics of the Westminster parties have proven time and again that they are unfit to deal with the problems facing Wales.

I grew up on Ynys Môn. I went to Ysgol Pentraeth on the east of the island before attending Ysgol David Hughes and then Coleg Menai. I've worked in Daniel's Tearoom in Llangefni and in a number of small businesses on the island including Henllys Golf Course, an intern at the Watkin Jones Group, and a small cafe in Porthaethwy.

I’ve been shaped by the island, its independence and character, the craggy coastline and endless beaches. The island is important to me. It’s where my home is.

I would give anything to move back there but my friends and I know that there just aren’t enough job opportunities there for us. And even if I found a job, how could I afford to buy a house and settle there when young working class people like myself are priced out of the market?

The rate of unemployment on Anglesey is higher than the national average and finding a job there is hard. The population of Anglesey is getting older and young people are moving away day by day.

The ONS has shown that Anglesey is not only at the bottom of the Welsh prosperity league, but the whole of the UK. One in three children grow up in poverty on the island. I fear that with Brexit and the continued neglect of Westminster, that poverty is only going to get much worse.

It’s the same story across north Wales from Bangor to Wrexham. It just feels like we’ve been abandoned. Not by the EU. But by Westminster.

It is true that Wales has benefitted enormously from being part of the EU. For example, between 2014 and 2020 Wales will have received more than £2 billion from the European Union. This funding has been key in terms of driving economic growth and jobs.

The EU has provided Ynys Môn with several investments including giving £4m to the Isle of Anglesey County Council to fund the Llangefni Strategic Employment Site and £10m to fund half of a tidal energy project to generate clean energy from the waves off the coast of Holyhead.

This money was important but it wasn’t enough. Our most deprived areas across Wales just didn’t feel the impact of that money. The truth is that the European money should have been matched by extra funding sourced in Westminster. Europe played its part, but Westminster didn’t.

On past form, over the next European funding period, from 2020, Wales could expect to benefit by £2.5 billion of European structural funds. We say this should be matched by equivalent funding from Westminster. That is why we are campaigning for a £5 billion Transformation Fund over five years to reinvigorate our poorer communities, support industry and tackle low wages.

This would enable us to spread prosperity, investment and opportunity to every part of Wales; from our cities and towns, to our valleys and our rural and coastal communities.

Leaving the EU will not provide an answer to our problems in Anglesey. It will only make them much worse.

200,000 jobs in Wales are dependent on our trade with the EU. Wales has seen the sharpest reduction in foreign direct investment since the 2016 referendum of all the nations and regions of the UK. If we were to crash out with no deal, 20,000 of our hill farmers in rural Wales will face crippling 40% tariffs on selling their lamb in their main market – the European Union. And what will happen to the port at Holyhead after Brexit?

After decades of under-investment, no jobs and no opportunities, we have a right to be angry. But it is not at the EU that we should be angry. It’s Westminster.

It doesn’t have to be this way.

That’s why I’m standing in these European Elections for Plaid Cymru. Because I believe there is another way. I believe in a better future for Anglesey. And I believe that the only way out of this chaos is to take our future into our own hands.

Because Anglesey and Wales’ brightest future is no longer in broken Britain. It is at the heart of Europe.

Carmen Smith is 23 years old and is standing for the European Parliament elections on May 23rd. She is a former NUS Wales Deputy President, and has been active in the People’s Vote campaign since its launch.