Wales will have no say in future farming payments 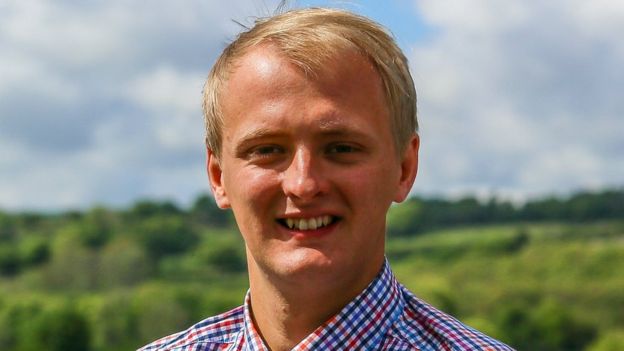 Wales will have no say on the level of funding for the UK’s replacement of EU farm payments, a UK Government Minister has confirmed.

Under the current arrangements in the EU, Common Agriculture Policy funding decisions are made every seven years, and the Welsh Government attends internal negotiations alongside the other UK countries before the UK agrees the regulatory framework with the other EU institutions. If future decisions on farming payments are made in the UK Government’s Comprehensive Spending Review, they would be made every three years rather than seven, with no representation from Wales.

“Farming accounts for a significant proportion of the Welsh economy – much more than is the case in other UK countries. It is particularly important in rural areas where farms serve as the backbone of the wider economy.

“80% of farm incomes in Wales currently come from the EU – that funding is clearly critical for Welsh farming. We currently have a say in how much money is allocated to the CAP at an EU level, negotiating alongside the other UK countries before coming to an agreement with the other EU institutions, but it seems we will now be at the behest of the Westminster Government, with no say for our own national government in the total amount allocated to UK agriculture post-Brexit.

“If the new farm funding arrangements are left to Westminster’s Comprehensive Spending Review, there is also the risk that funding will be determined every three year rather than every seven, and that agriculture will be pitted against every other sector in the UK, including the financial services sector in London, to compete for funding.

“This is not how Brexit was sold to Welsh farmers. Each country in the UK should have an equal say on the total amount of money allocated to farming post-CAP, in addition to how this funding is then distributed between the countries.”

On the matter of funding… you mentioned that there will be a review at one point, of the allocations under the CAP for the different nations… there are two different issues of course, the first is the amount of money that goes into the overall pot - £3 billion or thereabouts at the moment – when the review is conducted, what role will the Welsh Government and other devolved nations have in the overall amount of money that will be set and going into UK farming? And then secondly, I appreciate the Minister has previously said in the chamber that he acknowledges the different natures of farming across the United Kingdom, again if could just return, how does he envisage, post-review, post-2020, the individual allocations of the pot itself will be distributed across the UK, because obviously, we’ve already mentioned about the upland farming and the higher number perhaps in Wales as compared to other parts of the UK, there could be a situation where there’ll be a greater need relatively speaking in Wales.

I’m going to be brutally honest and say in all my discussions, sharing out money, sharing out the cake across our family of nations is always one of the most difficult and that’s why we’ve said at some point we need to have a review of how we do that obviously, and as I pointed out earlier, we have to recognise that everybody will want to be on a sensible transition and a timeframe, but we also need to probably try and work out what we’re trying to target in a new policy and have some kind of understanding of that and what we want our overall objective to be as a UK, and that’s a bigger discussion than I’m able to really pre-judge here today.

In terms of my first question then about the overall amount of money that goes into the common frameworks – one would suggest that there needs to be some sort of input from the devolved nations because of course, otherwise they would be handed a pot of money that they have no control over the total spending of it.

Yes well in terms of allocation, share of the cake, whatever we call it, they’re never shy in coming forward in that respect, and so of course there will be a proper discussion across the DAs. In terms of the total size of the cake, as it were, fundamentally, that, as now in all areas that would be a UK spending decision and it would need to be… obviously there’d be representations and discussion and endless debate about it but it would form part of a sort of Comprehensive Spending Review plan for the longer term post 2022.