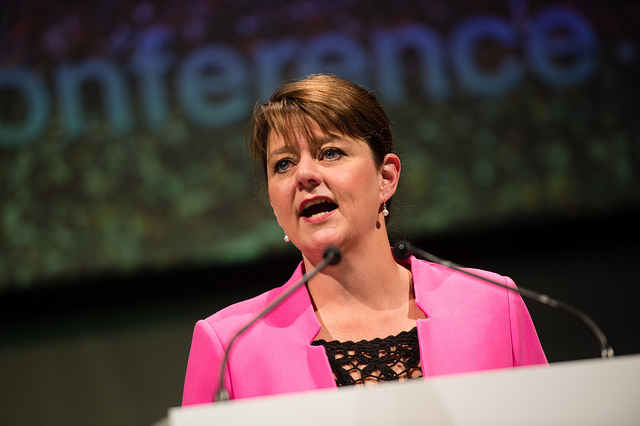 Ms Wood said that in government, her party will work towards making public procurement levels closer to Germany and France where around 98% are won by companies within their borders.

Good progress has been made in the past, especially under Plaid Cymru during the 2007-11 One Wales government. Welsh domestic-procurement rate now stands at 52%, up from 35% in 2004. Since the ‘One Wales’ government however, the Labour administration has dragged its feet and has only progressed this by 3% since 2012.

A Plaid Cymru Government has pledged to use legislation to help achieve a target of 75%. With analysis suggesting that 2,000 jobs would be created for every 1% increase, this will create up to 40,000 new jobs in Wales. This will not require extra spending, only the political will to invest in developing innovative procurement practices and in legislating sensibly.

“It is clear that Wales needs more and better jobs,” said Ms Wood. “Improving local public procurement levels to make public money work better for people here in Wales should be an obvious thing to do.

“It is a mystery why the Labour Welsh government has neglected this opportunity to back home-grown companies and create wealth in Wales. A government led by Plaid Cymru will not make the same mistake.

“The Party of Wales recognises the value of the small-to-medium enterprises to the Welsh economy. We want those businesses to be the catalyst for an economic revival.”

“That party has had seventeen years to reverse the stagnation in our economy and they have failed. It is time for fresh-thinking and ambition if we are to improve the situation – Plaid Cymru is offering the change Wales needs.”