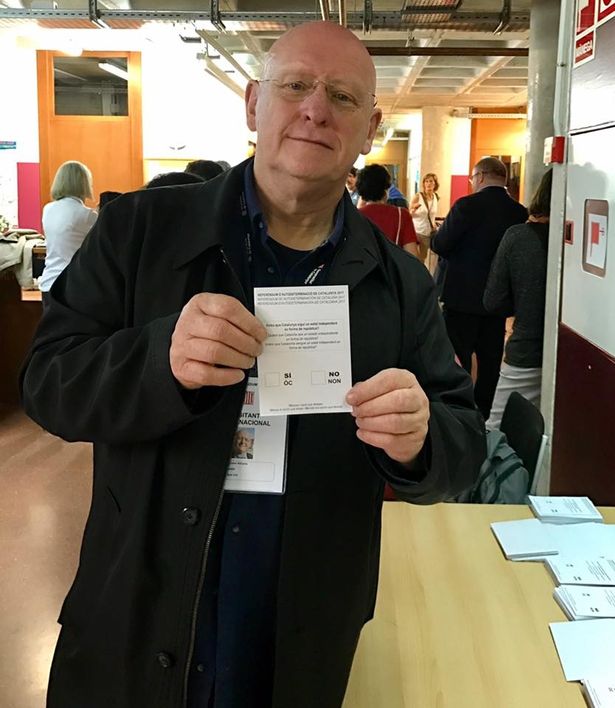 The Plaid Cymru MP made the comments on the day the Spanish Supreme Court trial of 12 Catalan leaders begins. The Catalan former civic leaders and politicians face charges of rebellion and sedition for their role in organising the referendum on Catalan independence in October 2017. They could face up to 25 years in prison.

Hywel Williams MP was part of a cross-party delegation of MPs that acted as observers during the referendum. Mr Williams witnessed paramilitary police raiding a school-turned-polling station and seizing ballot papers, whilst other observers and journalists saw violence being used against those attempting to cast their vote.

The British Government has consistently backed the Spanish Government, despite their use of police violence, claiming that “the situation in Catalonia is a matter for Spain to resolve, in accordance with Spanish law and democratic principles.”

The referendum, which took place on the 1 October 2017, offered the choice of independence for the Catalan part of north-eastern Spain, which includes Barcelona. The referendum was approved by the Catalan Parliament – which is autonomous and established in the Spanish constitution – but was deemed illegal by the Constitutional Court of Spain following a referral by the Spanish Government.

In the run-up to and following the referendum, Spanish state police arrested a number of politicians, officials and civil society leaders for their part in organising the ballot. Other politicians, including the former leader of the Catalan Government, Carles Puigdemont, now live in exile.

Twelve of those arrested will today go on trial, including the former Catalan Foreign Minister and Speaker of the Catalan Parliament.

Commenting ahead of the beginning of the trial, Hywel Williams MP, said:

“Today 12 Catalan leaders go on trial in Spain’s Supreme Court, facing the medieval-sounding charges of rebellion and sedition. Their supposed crime – organising a democratic referendum on Catalan independence in October 2017.

“Outrageously, the Speaker of the Catalan Parliament, Carmen Forcadell, is behind bars charged with the crime of allowing a debate to take place – in a democratically elected parliament.

“It is impossible for us not to see this referendum through the lens of the UK’s current political context. But, for a moment, imagine being one of the 12 political prisoners. Today, they will head into a dock, face a hostile set of judges, knowing that they will likely grow old behind bars for simply following the wishes of those who elected them.

“These jailed men and women are not hooligans or rabble rousers. These resolutely peaceful people are political prisoners, held against their human rights, for believing in democratic self-determination.

“Political differences cannot be resolved by these show-trials. That can only further poison relations between Spain and Catalonia. Dialogue is required and that is what the British Government should be urging its Spanish counter-parts to begin. Instead through their support for the Spanish state, the British Government are complicit in the prosecution of the 12 political prisoners.

“I accept that the British Government has already burned many of its diplomatic bridges with our European neighbours. But I urge them to use whatever influence they have left to encourage a democratic and peaceful solution to this crisis in Catalonia.”