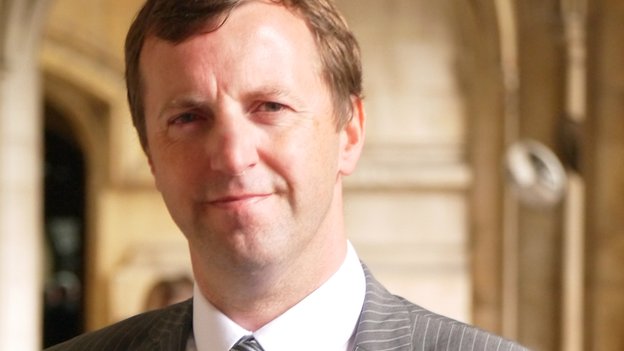 Plaid Cymru's Brexit spokesperson in Westminster, Jonathan Edwards MP, has today accused First Minister Carwyn Jones of 'consigning Wales to irrelevance' by failing to create the role of a Welsh Government Brexit Minister to represent the nation's needs and demands in ongoing talks.

Mr Edwards's comments come as Michael Russell, the Scottish government's Brexit minister, is due to meet David Davis, the UK cabinet secretary for leaving the EU, in London today.

Plaid Cymru was the first to call for the creation of a dedicated ministerial role to deal with the implications of the vote to leave the EU on Wales, and to ensure that the Welsh national interest was represented and defended in key negotiations.

"Fewer than three months since the EU referendum and already Wales is paling into insignificance due to the Labour Welsh Government's inaction.

"Today, the Scottish government's Brexit minister will meet David Davis, the UK cabinet secretary for leaving the EU, in London for key talks on what role the Edinburgh administration will play in the UK's negotiating stance.

"Meanwhile, Wales stands on the sidelines due to the Labour First Minister's refusal to heed calls to create a dedicated ministerial role to deal with the implications of the vote to leave the EU on Wales.

"Plaid Cymru was the first to propose that Wales should have a Brexit Minister ready to demand a seat at the table and ensure that our nation isn't voiceless in the discussions that will determine its future.

"It is clear from comments made in the Senedd chamber this week that the Labour Welsh Government have no defined plan for dealing with Brexit. In just two days, the First Minister has outlined three varying stances on membership of the single market. Such lack of credibility and competence will hardly fill the people of Wales with confidence.

"If this inaction persists, the First Minister is in danger of consigning Wales to irrelevance. I urge him to seriously reconsider his decision not to appoint a Brexit Minister so that Wales is adequately represented in these crucial talks."