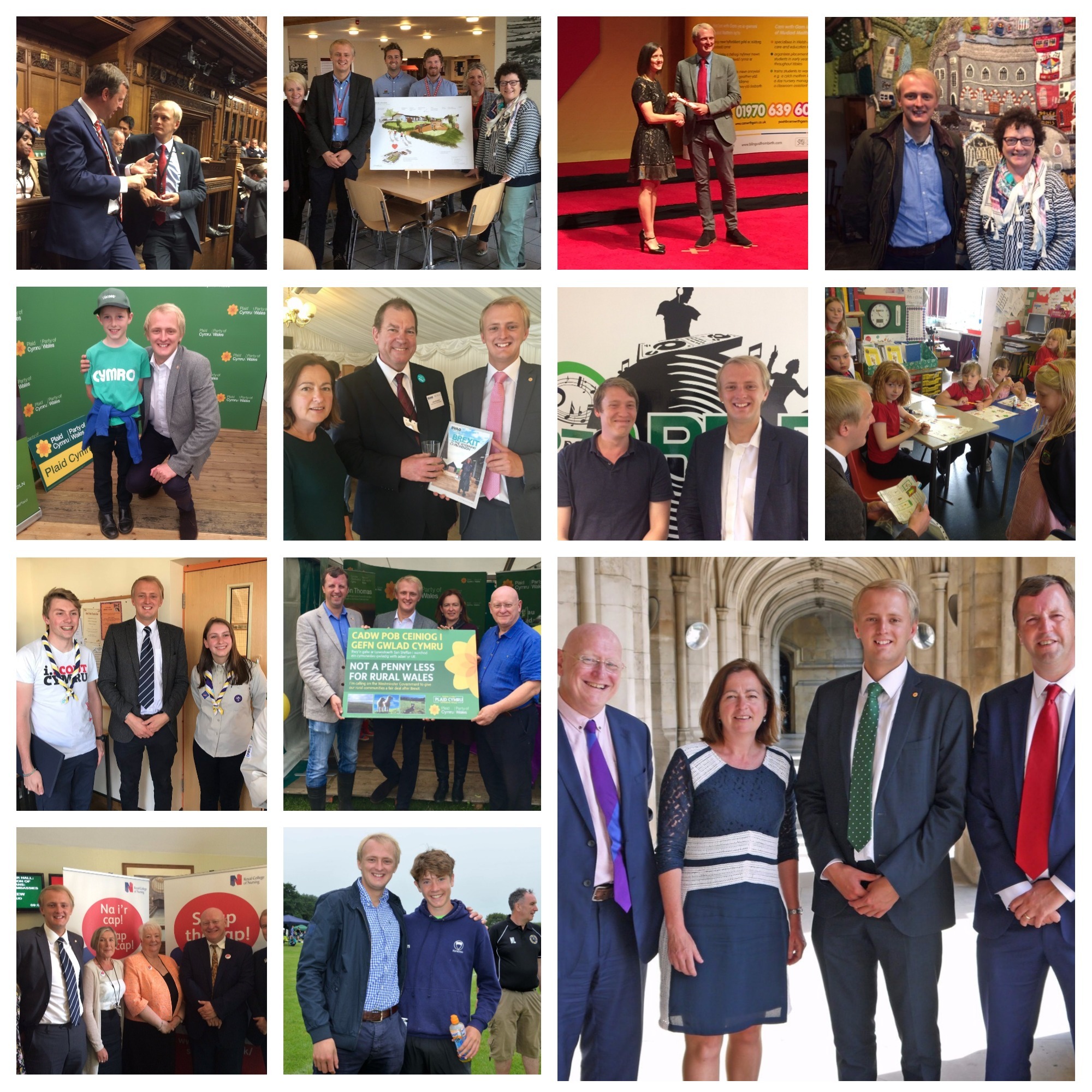 Ben Lake writes about his first few weeks in Westminster as Ceredigion's new Member of Parliament.

“Excuse me, which way to the Chamber?” If ever a sentence summed up the first few weeks in the life of a new Member of Parliament, that’s it.

These recent weeks have been a surreal and sometimes rickety rollercoaster ride finding my feet (literally and figuratively!) in one of the world’s most remarkable buildings.

The Palace of Westminster with its imposing architecture and maze-like miles of corridor hardly make for a natural home for a Welsh nationalist, but I’m enjoying every minute.

When I agreed to seek the candidacy for my home constituency of Ceredigion, I was well aware of the challenge ahead.

Mark Williams was a popular Member of Parliament and in the face of a national squeeze, my main goal was to run a positive and dynamic campaign of which our tireless local activists, as well as the party nationally, would be proud of. That is exactly what we achieved. Hundreds of volunteers gave up days if not weeks of their time and I’m so grateful to each one for their contribution. Bringing an end to over a hundred years of Liberal Democrat parliamentary representation in Wales was not my victory but ours.

Indeed, by 6 o’clock on the morning of 9th June after two heart-stopping recounts, it had dawned on me that the immeasurable honour and huge responsibility of representing my own square mile now fell to me.

The change was instant. A stream of congratulations, one media interview after the other, and constituents making contact straight away seeking help with cases varying from immigration to child custody to domestic violence.

By the Tuesday morning after the election, I was on the train to Westminster for the first time as the Member of Parliament for Ceredigion. Within two days I had taken the oath in the Chamber and was ready to roll up my sleeves and press ahead with the day to day job of ensuring that the people of my constituency have the strongest voice possible in Westminster.

Thanks to the support of the Plaid Cymru Group in London, I have been able to get to work immediately. My fellow Members and the staff have offered priceless advice and guidance over the last few weeks and my debt to them all is already great.

My portfolio will include the Environment, Food and Rural Affairs, Constitutional Affairs, and Culture, Media and Sport. The scope and variety of these topics is vast and I’m looking forward to making the case for the devolution of many of these areas of responsibility as well as ensuring that key industries do not miss out after Brexit.

The work is just beginning, but already I’m eager to ensure that the people of Ceredigion are represented in a manner which honours their faith in me. I am determined not to let them down.