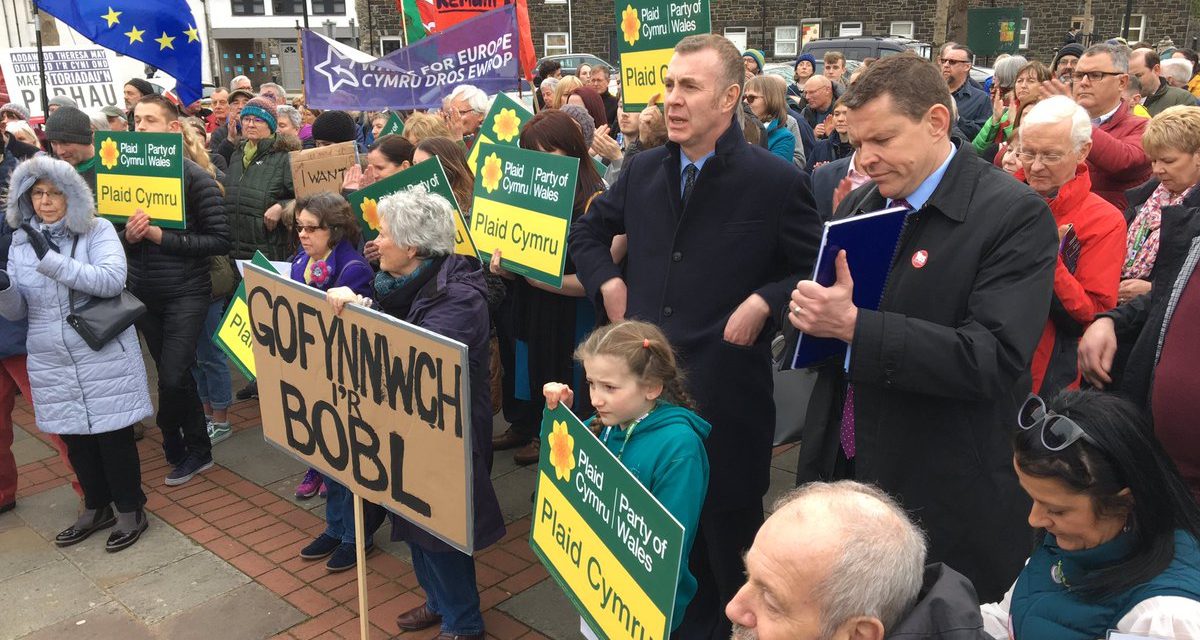 Plaid Cymru’s Westminster Leader, Liz Saville Roberts MP, has welcomed the endorsement of the founder of the pro-European website InFacts and Deputy Chair of the People’s Vote campaign, Hugo Dixon.

The former Financial Times journalist has said that pro-Europeans should not vote for Labour in the upcoming European elections and instead vote for parties “unambiguously in favour of a People’s Vote”, including Plaid Cymru.

Mr Dixon’s comments were published in the wake of reports that the Labour party’s ruling National Executive Council had yesterday rejected calls to include the requirement for a fresh European referendum in all circumstances in their European Parliament election manifesto.

Plaid Cymru will launch their European election campaign on Thursday (2 April), where they will reaffirm their commitment to a People’s Vote.

“There is now no doubt – pro-Europeans cannot vote Labour. In Wales, if you believe in a European future, vote Plaid Cymru. That’s not just my opinion, that is what the experts are saying. And we know how much Brexiteers dislike experts.

“For too long Westminster has ignored Wales. This is our chance to make our voice heard. The old Westminster parties are quite literally working together to deliver a Brexit deal they know will cost Welsh jobs, wages and future opportunities.