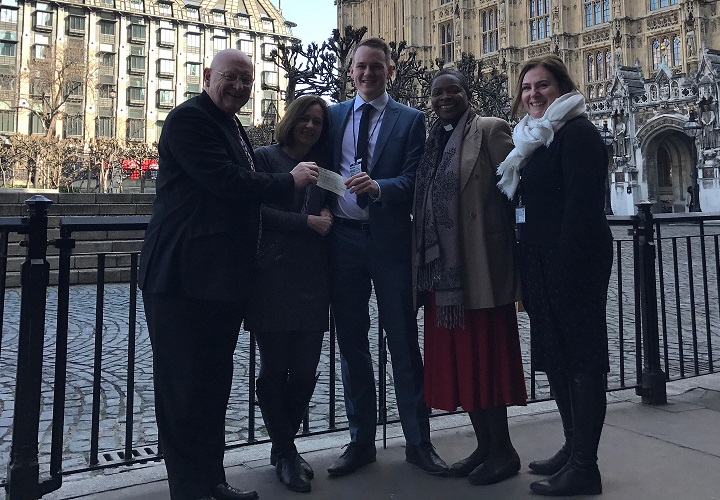 A St David’s Day service in Parliament has raised £626 for Unicef’s Children of Syria Appeal.

The service, which has become an integral part of the Parliamentary calendar, and a go-to event for anyone who is thinking of Wales on St David’s Day, was held at the Chapel of St Mary Undercroft in the Palace of Westminster and was attended by MPs, peers and a number of prominent London-Welsh figures, as well as members of Welsh churches and organisations in London.

Attendees at the service donated a total of £626 for Unicef’s Children of Syria Appeal, which was presented to Unicef in Parliament this week.

“Syrian children live in unbearable conditions and more than 8 million are affected by the ongoing humanitarian crisis. It is critically important that we support the work that Unicef is doing to keep these children safe. I am pleased that our St David’s Day service could generate this small contribution to this work.

“After six years of war, many children have grown up knowing nothing but war, death and destruction.

“For the millions of Syrians displaced, living in neighbouring countries, or arriving in Europe, surviving is a daily struggle. Children, especially, need our support. They need access to education, protection and opportunities for the future. The funds raised will help Unicef’s vital work supporting families both inside Syria and in the surrounding countries.”